Under siege Makhura bemoans the spectre of factionalism in Gauteng

As power struggle unfolds, the ANC provincial chair says infighting among factions has the potential to destroy the governing party in the province 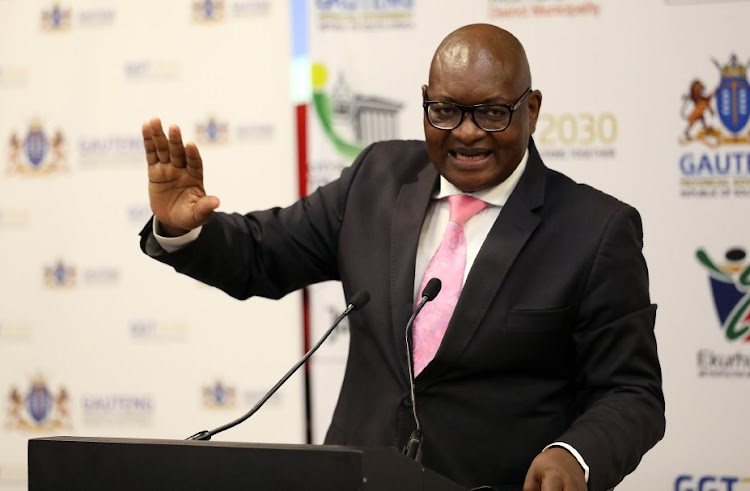 Gauteng premier and ANC provincial chair David Makhura has warned increasing factionalism in its provincial executive committee (PEC) has the potential to destroy the governing party in the province.

Makhura sounded the warning during his closing address to the ANC PEC meeting on Sunday.

Makhura told the meeting that infighting had become so destructive the party had stopped focusing on its mandate to serve its constituency.

“The lekgotla raised deep concerns on how debilitating factionalism is resurging as one of the major risks facing the entire movement in our province,” Makhura said in his speech, which was leaked to Business Day.

“This destructive tendency is creating an environment where public spats and attacks on one another are becoming the manner of conducting politics in our province,” he said.

These destructive, disruptive and debilitating internal battles have nothing to do with the plight of our people.

Makhura’s remarks come amid a heightened leadership battle for the control of Gauteng, SA’s economic hub, by factions within the province. One faction wants to oust Makhura, both as provincial chair and as premier.

This faction is believed to have been planning to use the implication of Makhura in alleged Covid-19 personal protective equipment corruption as part of its arguments for his removal, after a ruling by the Special Investigating Unit's special tribunal.

However, Makhura swiftly moved to challenge the judgment, which was later identified as containing an error. A revised and corrected ruling cleared Makhura of any wrongdoing.

The faction is also said to be the force behind pushing Makhura to axe Bandile Masuku as health MEC last year.

It is believed the same faction is pressing Makhura to act against education MEC Panyaza Lesufi, whose department is embroiled in questionable Covid-19 expenditure around school sanitation.

The faction believes Makhura has failed to lead the province properly, and that corruption in Gauteng is on the rise under his leadership.

Makhura told the PEC lekgotla on Sunday that the infighting did not serve anyone. He said the current path of factionalism was causing the party to drift “towards a dangerous cliff by becoming inward-looking and self-absorbed in senseless internal battles”.

In strongly worded closing remarks, Makhura said: “These destructive, disruptive and debilitating internal battles have nothing to do with the plight of our people and the cause of the revolution.”

He said they also had nothing to do with the interests of the working class and the poor, as well as the wellbeing of millions of women suffering under patriarchy, gender-based violence and femicide.

“It has nothing to do with aspirations of the millions of unemployed young people who have been failed by our economy and the global neoliberal paradigm.

“These battles have nothing to do with making Gauteng the model province for a beautiful combination of genuine radical socioeconomic transformation, sustained clean governance, ethical and accountable leadership.”

The campaign to have Maile replace Makhura is already in motion, while Masina is also said to be emerging strongly as a candidate for a position in the top five.

Should the move to oust Makhura succeed, he would have to back his ally, Lesufi, as his successor to consolidate power.

It is believed his political opponents, who occupy influential positions in the Gauteng PEC and in the regions, have grouped themselves in support of Maile.