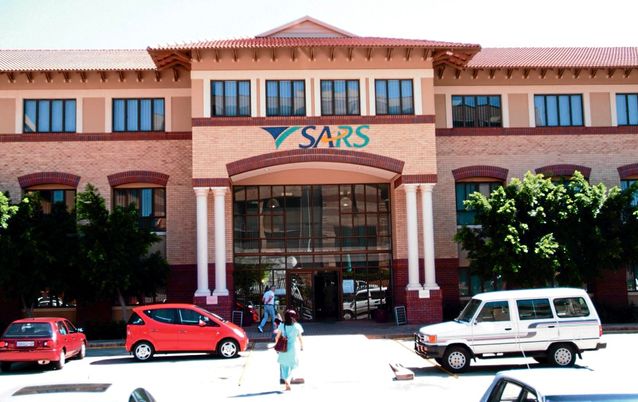 I would like to respond to the thoughtful comments by Ebrahim Harvey on my analysis of the relationship between liberalism, capitalism and racism. (“The path forward for liberalism in SA”, January 11). I agree with Harvey that liberalism in SA needs “a strong social justice framework”.

As liberal theorist Isaiah Berlin pointed out, liberalism comes in various versions. Negative liberalism focuses on the need to remove constraints on freedom of speech, organisation and economic activity. Positive liberalism aims, in addition, to promote socioeconomic conditions that enable everyone to develop their capabilities and live more fully by having access to health, shelter and economic rights. This is well expressed in Andrew Jackson’s principle that there should be “equal opportunities for all, special privileges for none”.

Hence, “positive liberals” in SA should not limit our concerns to the important issues of free speech, movement and so on, but widen these to redress SA’s persisting, indeed growing, economic and social inequality, still mainly along racial lines. It is disappointing that the DA, in urging a shift from SA’s racially based affirmative action policy, does not confront the need to accompany this by a shift towards class-based policies aimed at reducing our continuing extreme economic inequality.

This is reflected in SA’s exceptionally high poverty and unemployment rates and one of the world’s highest Gini coefficients, still mainly along racial lines. As former DA leader Mmusi Maimane insisted, the racial dimension cannot simply be brushed aside. It is still too recent and pervasive, but will hopefully decline as the class dimension becomes less prominent and jarring.

The shift away from both racial and class inequality requires significant economic redistribution — as agreed to in the 1996 constitution that was part of the postapartheid settlement. This will not be achieved by the mantra of “trickle-down from faster economic growth”, which so many politicians routinely iterate. Serious strategies must include three elements, tailored to SA’s specific needs.

First, in the basic area of production, support for labour-intensive activities, which need to cover not only small and medium-sized enterprises in the urban areas but also in the still neglected rural areas, where many of SA’s poorest live and where livelihoods can be generated or supplemented both in agriculture and in the related nonfarm sector (providing marketing and other services and inputs).

Initially, these incomes are likely to be modest, but they will reduce severe poverty and sky-high unemployment. This point has not been taken by the trade unions, which played a commendable role in ending apartheid but (like the Right!) still aim at that “hi-tech/high-wage” economy that SA is ill-equipped to establish and compete in internationally in the near future. The unions need to recognise that mopping up the labour surplus will, in the medium term, greatly strengthen their bargaining power and living standards.

There is wider agreement about the second and third strategies, which are to raise educational and training standards to equip job seekers for higher-skill and wage work, for which they also need time to acquire the hands-on experience essential for doing these jobs well; and to expand the social safety net — an area in which the ANC initially did well, but then declined, largely due to rampant “state capture”.

To pursue these goals, the state needs more resources. The Zondo commission is a signal of the ANC’s recognition that these resources must be used more competently and less corruptly (if only the UK would follow SA’s example by appointing a commission into its own sleaze and mismanagement!).

More resources do not necessarily require higher taxes for the working and middle class. They require a more progressive tax system focused on the super-rich, and the will to enforce their payment. SA’s 2018 Davis committee stressed that SA needs to deal with its “disturbing levels of wealth inequality” — a view shared by the World Bank and other international supporters of liberal capitalism.

Davis recommended increasing estate duty, for which administrative capacity exists in SA, and pointed out that SA wealth taxes — estate duty, donations and securities and transfer taxes, raise only 1.4% of total taxes. (This compares with 8% in the UK, even after the big Tory cuts, which are now viewed as having undermined state capacity to deal with Covid-19 and Brexit). Founders of liberalism such as John Stuart Mill have long urged higher taxes on inheritance (unearned income).

Simply enforcing existing tax levels would greatly help. The Treasury recently estimated that it loses billions of rand annually from tax evasion and the mispricing of exports and imports by companies and individuals. Recently, defenders of the super-rich have been joined by heirs of the apartheid regime who oppose redistribution on the grounds of their “minority rights” and even call for international sanctions on SA as part of their blatant attempt to maintain their inherited racially based privileges and block the economic redistribution that is essential to accompany the redistribution of political power — as mandated in the 1996 constitution.

The IMF urges governments to spend more on social welfare financed by increased taxes from the very rich, or risk social unrest — which we already see in SA

The extreme concentration of wealth in the top 0.1% has become a worldwide problem, and SA has a vital interest in supporting the attempts by the EU and others to close down tax havens and other mechanisms that facilitate extensive tax evasion by the wealthy. But here, as elsewhere, the well-funded think-tanks and individuals who defend the super-rich are fighting hard to keep this issue off the agenda, depicting it as ultraradical, “communistic” and likely to cripple investment.

However, during and after World War 2 wealth and inheritance taxes were widespread in Organisation for Economic Co-operation and Development (OECD) countries, and coexisted with high levels of economic growth and social welfare, examples being Japan, South Korea, the Scandinavian countries and the postwar US and UK. However, during the Thatcher/Reagan “neoliberalism” phase many of these were rolled back.

Among countries employing a levy on net wealth, the largest in 2016 was Switzerland, at 3.7% of total tax revenue. An estimated $240bn is lost every year through tax avoidance by multinational companies and super-rich individuals. A recent report by the Global Alliance for Tax Justice highlights high capital flight from the US and SA, much into the United Arab Emirates.

The New York Times called for a crackdown on “this epidemic of tax fraud”. Former Bank of England governor Mark Carney recently warned that the failure to tackle growing inequality is undermining the legitimacy of the state, while the IMF urges governments to spend more on social welfare financed by increased taxes from the very rich, or risk social unrest — which we already see in SA.

The ruthless, short-sighted neoliberalism pervasive in the SA debate is not only stoking social anger and instability but also giving liberalism and democracy a bad name —  unfairly so, as liberal social democrats have always emphasised its important social dimension and need to constrain inequality. The answer is not philanthropic gifts — welcome though these are — but systemic changes. On the need for this, Harvey and I, and other supporters of positive liberalism, will surely agree.

• Lipton is a historian and political analyst attached to the Africa Research Programme in the War Studies Department at King’s College London.

EVA JOLY: Those responsible for lost tax revenue are mostly in Europe, and foremost in the UK

The woke movement could be the next great US cultural export, and it is going to do many other countries some good
Life
7 months ago