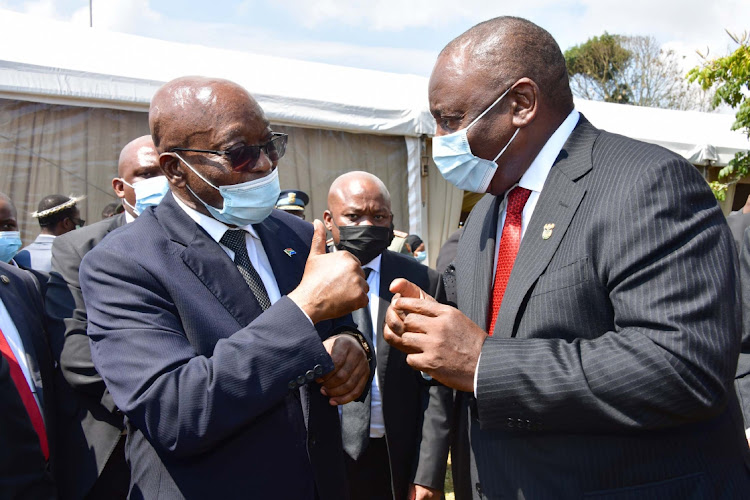 The longer President Cyril Ramaphosa’s government prevaricates over the fate of Jacob Zuma, the longer his crooked cohorts have to pose a real and present danger to this country.

Putting Zuma in jail will not only send a powerful message to those who think it’s acceptable to steal public money, it will enable the state to charge him with his many other crimes.

I believe at one time many South Africans saw the abuse of public office as a chance to get even. Those days are over. The tide has turned, and people now see the enormous damage these looters have done to the country.

I say it’s time to call the bluff of freeloading reprobates such as Carl Niehaus, his Umkhonto we Sizwe veterans and Ace Magashule and company. I believe their support will evaporate if exposed to daylight, so they can slink off into the night and oblivion.

Some NEC members believe the matter should be voted on, seeing this as the only deadlock-breaking mechanism available
National
1 month ago

The party’s RET posturing has picked up speed ahead of the weekend national executive committee meeting. With Ace Magashule’s future in the balance, ...
Opinion
1 month ago

NEWS ANALYSIS: Jacob Zuma lashes out at judiciary as his options run out