LETTER: Energy lessons to be learnt 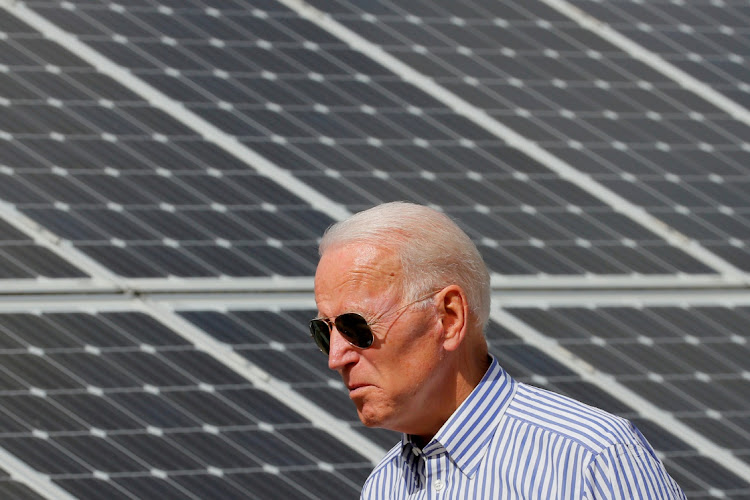 US President Joe Biden walks past solar panels while touring a renewable energy initiative in Plymouth, New Hampshire, the US. Picture: REUTERS/BRIAN SNYDER

A friend of mine is a former Eskom engineer who has just commissioned a new 38 turbine wind farm in the Cape. I mentioned that I’d seen a picture of a solar array in the US that stretched as far as the eye could see, and he said the average solar installation today must cover about 2km² to reach any sort of scale.

We agreed that the environmental impact of these schemes is awful, yet none could exceed the output of just one of the coal-fired units at one of our new power stations, like Medupi which has six such units.

Bjorn Lomborg's article made a similar point (“Climate change: solutions might be worse than the problem”, February 25). We all know we have to reduce our dependence on fossil fuels, but we cannot continue to blight the landscape with these monstrous constructions.

Nuclear energy is clean and efficient but suffers illogically from being associated with armaments and destruction. Small modular reactors are safe and clean and can be placed near to cities, where they are most needed.

France produces 70% of its electricity from nuclear. Germany closed down many of its reactors under pressure from the green lobby and has battled to supply cost-effective power. There are lessons to be learnt.

LETTER: PPPs are a might-lose for SA taxpayers

Private-public partnerships are good for the parties involved when they work, and also when they don’t work
Opinion
2 months ago

Issue is how best to supply an additional 2,500MW of electricity to keep the lights on
Opinion
4 months ago