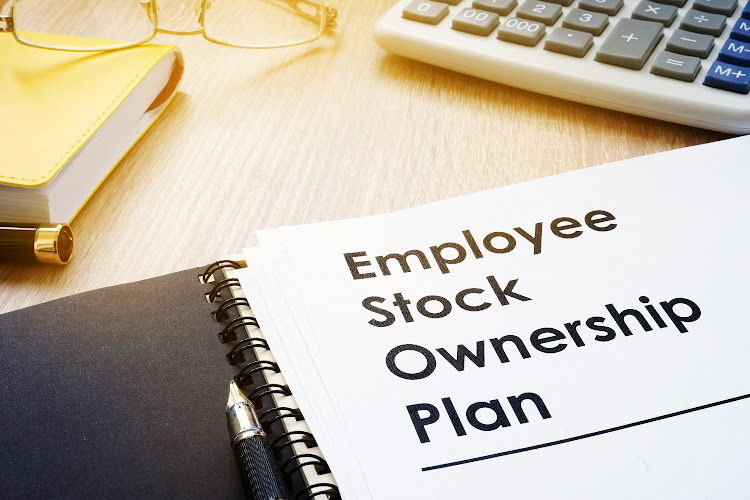 Since the advent of democracy in 1994, SA employers have made significant progress in helping to deracialise the economy and make their employees shareholders in their companies through implementing transactions that incorporate employee share ownership schemes (Esops).

More than 150,000 SA workers now own shares through Esops, which are estimated by the department of trade, industry & competition to have a total market value of more than R100bn.

In many parts of the world, including SA, Esops are used to grow the long-term savings and assets of workers, increase productivity and improve social cohesion and relations between workers and their employers.

However, in SA Esops have also been used to rectify skewed economic ownership caused by the exclusion of black people from meaningfully participating in the mainstream economy during apartheid.

Esops have proven to be a reliable vehicle for increasing black equity ownership, hence they are commonly used as investment vehicles to advance broad-based BEE, whereby companies allocate shares to black employees when they conclude BEE transactions.

However, Esops are not limited to historically disadvantaged individuals and can also include white employees. Most corporates have extended ownership beyond their workforces and have sold shares to black citizens through public BEE share schemes that target a wide range of investors and beneficiaries, including the public, foundations, non-governmental organisations (NGOs) and communities.

Some of these schemes are listed on the JSE in the empowerment segment, to enable black retail investors to buy and sell BEE shares to grow their wealth. In 2015, the JSE launched the empowerment segment as a platform that caters for companies that implement BEE share schemes. Since then a number of companies have listed their schemes, attracting investors that have pushed the segment’s market capitalisation to nearly R10bn.

The JSE has a subsidiary known as JSE Investor Services (JIS), which helps companies that have implemented Esops and BEE schemes to manage and administer their shareholder registries and maintain seamless communication with investors. In most cases the administration of Esops and BEE share schemes is similar in that the best practice is to have an entity independent of the founding company to administer the schemes.

However, there are notable differences in how Esops and BEE share schemes are administered. For example, the administration of BEE schemes tends to be more onerous due to the stringent empowerment verification process involved in establishing the authenticity of NGOs, communities, black retail investors and other beneficiaries.

The verification of employees is less cumbersome than the verification of entities that represent historically disadvantaged beneficiaries. Moreover, if the BEE schemes are listed on the JSE, the bourse’s regulations have to be fulfilled to maintain the listing, which requires even more administrative support that includes a dedicated company secretary and approved sponsor.

There have been concerns in SA about the shortage of trustees that have sufficient knowledge and experience to represent workers and BEE beneficiaries to influence decision-making and governance in companies in which they hold stakes. Workers tend to view Esops more as part of their employee benefits plans than vehicles that could be used to facilitate wealth creation and influence the direction their employers take in running companies.

Some industry stakeholders have taken it upon themselves to address the challenge of lack of experience in managing Esops and BEE schemes by employees and historically disadvantaged beneficiaries. For example, JIS announced in May 2021 that it had entered into an association with William Radcliffe to offer listed and unlisted companies value-added services that cover advice on how to set up an Esop or BEE scheme, finance administration of these schemes, training of trustees, trust beneficiaries and employees.

A number of Esops linked to BEE transactions have been implemented across a range of industries spanning mining, manufacturing, financial services, telecom, and many others. In the mining sector in particular, Esops were driven by the mining empowerment charter, first launched in 2004, which stipulated that companies in the industry sell 26% of their equity to black investors. A revised industry charter was published in 2010, and  advocated that 5% of the 26% in mining BEE equity deals be allocated to employees via Esops.

As a vehicle for financially empowering workers Esops are here to stay, and they will continue to be among the cornerstones for redressing our past economic injustices. Since they first burst onto the scene in the 1950s, Esops have been credited for improving worker productivity as highly motivated employees tend to work harder to enable the success of the companies they are part owners of.

In SA there is room for raising worker involvement in Esops to ensure workers have a voice in how the companies in which they hold investment stakes are managed, operated and governed.

However, writes Pieter Steyn, the commissioner’s somewhat sweeping statement may be based on their non-compliance with the 2015 requirements, and she ...
Opinion
2 years ago
Next Article