LUCIEN PIERCE: Why the state’s capitulation over the publication of matric results is a travesty 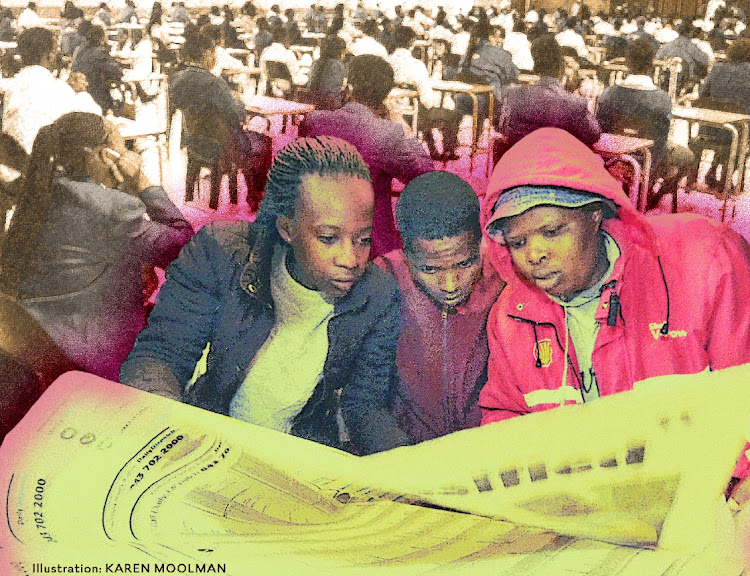 The passing of the Protection of Personal Information, (Popi) Act has made it unlawful to publish inividuals information or photgraphs of them. However on Tuesday the high court in Pretoria granted an interdict compelling the department of basic education to publish matric results on all media platforms. Is publishing these results in the public interest, or is this an intrusion into personal privacy? Illustration: KAREN MOOLMAN

On Tuesday the high court in Pretoria granted an urgent interdict compelling the department of basic education to publish matric results on various media platforms. On January 10 the department had announced it would no longer permit the results to be published in this manner.

Past predemocracy practices of state institutions resulted in abhorrent infringements of individuals’ privacy rights.  Communications were intercepted and couples’ intimate and private moments in their homes were unlawfully photographed.  It is for such reasons, among others, that the Protection of Personal Information (Popi) Act of 2013 was passed into law. Our courts have consistently asserted the right to privacy, as recently as last week, saying in the case of Bool Smuts & Another versus Herman Botha that:

“The right to privacy is a fundamental right that is protected under the constitution. It is a right of a person to be free from intrusion or publicity of information or matters of a personal nature. It is central to the protection of human dignity, and forms the cornerstone of any democratic society. It supports and buttresses other rights such as freedom of expression, information and association.

“It is also about respect; every individual has a desire to keep at least some of his/her information private and away from prying eyes. Another individual or group does not have the right to ignore his wishes or to be disrespectful of his desire for privacy without a solid and reasoned basis.”

Given our courts’ unwavering approach to protect and keep “at least some of [a person’s] information private and away from prying eyes”, the department’s failure to oppose the application was an abdication of its responsibility because the five main arguments in the application have no merit:

This means that even if only the pupil’s school and the department have a spreadsheet where the pupil’s exam number is recorded next to their names, that examination number is personal information.  “Identifiable” does not only mean identifiable in public, as in newspapers, it means identifiable wherever it may be kept, for example on a server or in a safe under lock and key. This is because , those pupils will be identified if the school’s or department’s servers are hacked, or if the safe is accessed illegally. Schools and government departments are regularly hacked, so there is a real risk that pupils’ exam numbers, names and results could end up in the public domain.

It may be important to know how many males and females passed, or how schools in rural areas fared against those in urban areas, so the government can be held to account. But publishing individual personal information may cause more harm to the pupil compared to the public interest. A pupil’s rights, in this instance, far outweigh the public interest.

Learning their matric results can be a happy and exciting time for pupils. It can also, as many of the news articles mentioned above record, be a traumatic time where pupils are faced with the stigma and shame that may come with failing matric. If keeping “at least some of [their] information private and away from prying eyes” will save them from mental and physical harm, then pupils’ right to privacy far outweighs any argument that publication of matric results is in the public interest.  The department of basic education failed pupils on this occasion.

• Pierce is director at Phukubje Pierce Masithela Attorneys in Johannesburg.