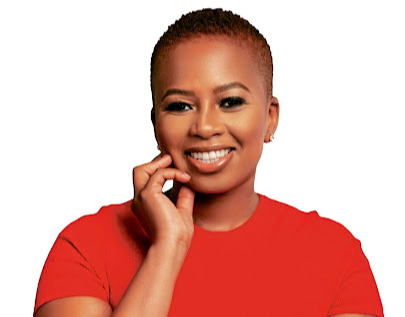 Yandiswa Xhakaza grew up straddling two worlds. In one, as the child of a Xhosa family in rural Butterworth, she felt loved; in the other, at a top Afrikaans girls’ school, she felt at first like an interloper.

Today she still straddles worlds. This time it’s the concept of brick-and-mortar schools and entirely virtual teaching, in the shape of the University of Cape Town (UCT) Online High School.

Last week the school went live with Xhakaza, 34, at the helm as principal and director of the teachers, administrative staff and thousands of pupils.

"The opening went very well," she tells the FM. The school is expecting 4,000 pupils from grade 8 to grade 11 to start this week.

"The website didn’t crash. That was one of the biggest fears," Xhakaza says.

Her new job is a far cry from a childhood in the Eastern Cape. Raised by her grandmother, Nozazi Primrose Dalasile, Xhakaza was surrounded by love, taught to have a multidimensional view of the world and given lessons on how to take ownership of her own growth.

"My grandmother was my guide, my frame of reference. She lived according to her own rules and didn’t conform to society.

"She prioritised happiness and never lost her spark or her open-mindedness. She was continually learning."

Xhakaza’s life changed when she reached grade 7. Her father owned taxis and transported her and other girls to Mary Help of Christians, a Roman Catholic school in the Western Cape. However, the school went only as far as grade 7.

The rest of Xhakaza’s schooling was at Paarl Girls High. Many of the pupils there were from wealthy families. It wasn’t only the new lifestyles Xhakaza had to deal with. "I was the only black girl in my class," she says. "I had to adapt."

But there were drawbacks. At first it was a lonely time for Xhakaza in the classroom. Not only could she not speak Afrikaans, the other girls "knew so much about everything".

Xhakaza says she felt she was always having to catch up. "Until I realised I didn’t have to."

She adapted, and began to change. She made friends, and the friendships endure. She no longer belonged only to Butterworth.

From living for months where she stood out as unusual because of her colour, language and culture, she would return home while many of her classmates went to Paris on holiday. Her hometown friends and cousins at first did not know what to make of this new Xhakaza, with an accent and a new way of carrying herself. She was no longer interested in the games they played. She often found herself on her own.

She says she is grateful for being able to attend Paarl Girls High, but it came at a cost. "It was a high price, I nearly lost myself when I was adapting," she says.

After matric she wanted to study advertising, but her application to the AAA School of Advertising was not successful. Instead, she decided on a Bachelor of Education Degree at Wits University.

During her first year she realised education didn’t have to mean being in a classroom. "I love children, I just don’t love to teach," she says with a laugh.

After graduating and a brief classroom stint, she became a programme facilitator at Wits and the Gauteng department of education, where school leadership was taught.

Her next appointment was as executive director at Akhani Social Development Management, a company that aims to increase the development impact of education. Then she became the founding head of the Arrow Academy of which she was CEO.

Now, as principal director of UCT’s online school, she is applying what her grandmother taught her. "I am open-minded, and have learnt that world views are not one-dimensional."

She works from her home in Joburg, where she lives with her husband, a human resources executive, and three children.

Nothing compares to the extreme thunderstorms that roll over the highveld during the summer. It’s beautiful — and deadly. Wits scientists are ...
News & Fox
7 months ago
Next Article