Despite a comprehensive legal framework to deal with sexual harassment at work, it continues to run rampant in the workplace 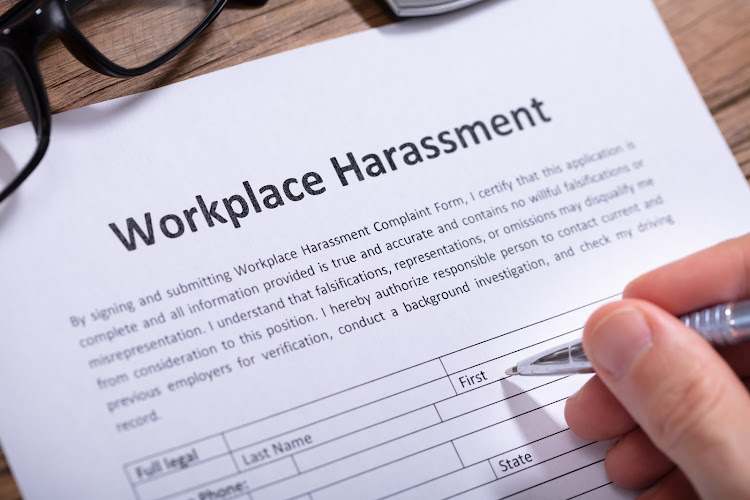 Businesses cannot turn a blind eye to sexual harassment allegations in the workplace. They need to take proactive steps to protect employees and deal with any alleged instances of sexual harassment.

It’s clear that despite the existence of a comprehensive legal framework to deal with sexual harassment at work, this scourge continues to run rampant in the workplace, both in the private and public sectors.

A small sample from news headlines in the last three months illustrate how widespread and frequent the problem is in SA workplaces.

What are the legal obligations businesses need to be cognisant of when addressing allegations of sexual harassment?

Our courts have held that, practically, this section requires that an employer ensure that it is in a position to prove that it was proactive in its approach and made attempts in advance to eliminate future discrimination.

Then, in 2005 the Amended Code of Good Practice on the Handling of Sexual Harassment Cases in the Workplace was published. The objective of the code is to eliminate sexual harassment in the workplace. It makes provision for the adoption by employers of a sexual harassment policy as well as procedures to deal with sexual harassment when it occurs in an attempt to achieve this objective.

Then, in June 2019 the International Labour Organisation adopted the Violence and Harassment Convention and its accompanying Recommendation. The convention provides that to prevent and address violence and harassment in the workplace not only must the right to nondiscrimination be respected, promoted and realised, but workplace risk assessments should be conducted by employers.

These assessments should take into account hazards and risks that arise from discrimination and abuse of power relations as well as the gender, cultural and social norms that exist within that workplace and society as a whole. Those affected by sexual harassment should also have access to gender-responsive safe and effective complaint and dispute resolution mechanisms, support, services and remedies.

In September 2020, following the adoption of the convention in June 2019, SA published the Draft Code of Good Practice on the Prevention and Elimination of Violence and Harassment in the World of Work for public comment. While it incorporates the 2005 code, there is significant expansion in the draft code in relation to the different categories of violence an employee may experience in the workplace. It also expands upon the procedure that employers are required to implement to deal with these forms of violence.

In a recent decision emanating from the Eastern Cape High Court a former employee of the Dr Beyers Naudé Municipality was awarded damages of about R4m after being sexually harassed by her direct report. In this case the court found that the municipality did not take sufficient steps to ensure the employee was properly protected from sexual harassment from her superior.

This case should constitute a warning to employers to not only approach a complaint of sexual harassment with the vigour, transparency and urgency that it deserves, but to also take all steps necessary to ensure all employees are aware of what constitutes sexual harassment in the form of up-to-date policies and procedures as well as regular training courses.

• Reed is a senior associate specialising in employment law at Herbert Smith Freehills.

Being happy in your workplace improves productivity — all good jobs should give people a say in decisions that affect what they do, and when and how ...
Opinion
4 months ago

It's time to address the impact of the Covid-19 mortality rate on productivity, talent sustainability and the future of organisations
Opinion
4 months ago