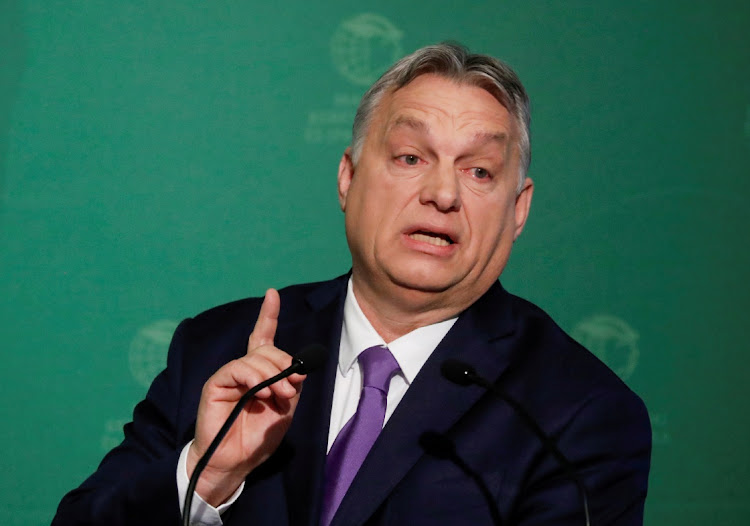 Hungary’s parliament this month approved legislation that outlaws school materials and other content for the young deemed to “promote homosexuality”. The effort to marginalise the LGBTQ community and link it with paedophilia has outraged many fellow European states and is straining the 27-member union. Discrimination against gay and transgender people is an increasingly popular ploy for autocrats keen to distract attention from faltering popularity, and this is no exception. The personal, political and economic scars will endure.

The bloc’s more reactionary governments have been testing limits of what is permissible for some time, and Hungarian Prime Minister Viktor Orban, who rails frequently about the evils of immigration and liberalism, is often leading the charge. He has already, among other steps, effectively banned adoption for same-sex partners and made it impossible for Hungarians to legally change their gender. This new law, ostensibly about child protection, makes inclusion even harder.

The sad reality is that there is nothing original here. Orban’s Fidesz party found inspiration in Russia’s 2013 law outlawing propaganda on “non-traditional sexual relations”, a significant step backward for a country that first decriminalised homosexuality in 1917 (and then again in 1993). Such legislation legitimises homophobic rhetoric, reduces much-needed support for LGBTQ youth and, research has found, increased tolerance for violence against individuals.

Attitudes have deteriorated: A survey in 2018 found that 63% of Russians believed in a concerted effort to destroy Russian values through gay propaganda. In Poland, ruling nationalists also made homophobia a key plank of 2020’s presidential campaign.

They are easier to cast as the bogeyman precisely because they are invisible and indistinguishable from the crowd, often wary of speaking out — and indeed of coming out — in hostile environments

So why are countries such as Hungary, Russia and Poland, but also African nations such as Uganda, moving in this direction when so much of the world is progressing on LGBTQ rights? It is devastatingly simple. This is far less about sexual orientation than it is about whipping up fear, tightening control — and keeping rulers in power.

Consider what was going on in Russia when the 2013 law was passed, and what is happening in Hungary now. Eight years ago, the Kremlin was dealing with street protests after Vladimir Putin’s return to the presidency from a stint as prime minister. He had yet to feel the public opinion boost that came with annexing Crimea in 2014. Orban is suffering the consequences of a disastrous handling of the Covid-19 pandemic that left Hungary with the highest per-capita death rate after Peru. Next year, he faces his tightest elections in more than a decade in power, thanks to a united opposition. He has made similar attacks in the past on migrants, asylum seekers, Hungarian-born billionaire George Soros, and the large Roma minority.

LGBTQ communities lend themselves particularly well to getting caught in the crossfire. Not because gay or transgender people threaten the state. In fact, says Yiu-tung Suen, founding director of the Sexualities Research Programme at the Chinese University of Hong Kong, it is the opposite. They are easier to cast as the bogeyman precisely because they are invisible and indistinguishable from the crowd, often wary of speaking out — and indeed of coming out — in hostile environments.

Conspiracy theories thrive. Richard Mole, professor of political sociology at University College London, points out that because gay and transgender individuals are more prominent abroad, it is easy to portray all things LGBTQ as imported, a Western “ideology”, foreign-funded — and the polar opposite of what are portrayed as traditional values. Associating homosexuality and Western ideas generally is also an excellent way of delegitimising opponents.

There is often, as in the case of Hungary’s new law, the smear of paedophilia, with the protection of children used as the excuse for repressive measures. Russia employed the same cover when clamping down on social media platforms used to great effect by opposition voices.

Creating an invented “other” is a powerful distracting tactic, so powerful that Orban, for one, has been able to gloss over high-profile sex scandals, even one that involves a close ally being caught fleeing an all-male party during lockdown by clambering down a drainpipe. And so tied is it to authoritarian control that it is arguably a mark of deteriorating political discourse.

In Hong Kong, the pro-democracy lawmakers who spoke up for freedoms, including those of LGBTQ citizens, are now largely in jail or exile, leaving pro-Beijing stalwarts to speak out against the Gay Games that the city is due to host next year as “dirty money”. (The territory’s leader later made more conciliatory comments).

This instrument is not used only in autocracies, either. The Republican Party in the US is attempting to galvanise its base by seeking to deny gender-affirming medical treatment for young transgender people and regulating their participation in sports, overriding the concerns of parents and doctors.

The damage is first and foremost personal, as the lives of families and regular citizens are made miserable, even intolerable.

But tormentors harm everyone, including themselves. Lack of inclusion brings lost productivity, high turnover and wage gaps. Human resources are underdeveloped and poorly allocated, and potential is wasted. Investment goes elsewhere. There is a clear link between LGBTQ rights and stronger economies, probably going both ways.

The Williams Institute, a research centre that studies sexual orientation and gender identity law and public policy, found in a 2014 study of 39 countries, most of them developing, that one additional right in the Global Index on Legal Recognition of Homosexual Orientation was associated with $1,400 more in per capita GDP. The human development index was positively correlated, too, reflecting better education and health.

This episode certainly will not improve Hungary’s already troubling brain drain among the educated young, worsened by the government’s tighter grip on universities. Orban is worried enough that he is seeking tax breaks for under-25s ahead of the election. He might have paused to consider the impact of a move that has cast a pall even over Hungary’s national soccer team. Freedom is easier.

Hate, intolerance and discrimination have no place in our union, European leaders tweeted in a co-ordinated move on Thursday
World
1 year ago