MOELETSI MBEKI: How a history of conflict made SA the most unequal country in the world

After the mismanagement of its finances, the country now stares into the abyss 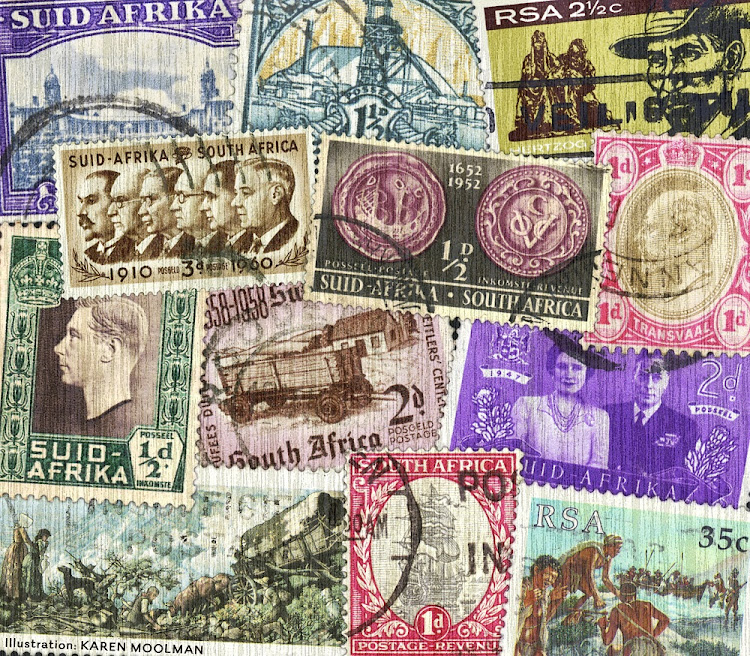 The history of SA’s conquest by the Dutch and British, and the reaction of its native peoples to their conquest, is the only context in which SA’s issues of race and race relations are understandable.

Among native peoples I include descendants of slaves and indentured Indian labourers, as well as Dutch settlers who later described themselves as Afrikaners since they also eventually resisted Dutch and British domination.

Most Dutch settlers had arrived as company servants, but many became marginalised with the spread of slave labour and were therefore forced to the frontiers of the Dutch settlement and later of the British colonies.

British immigrants, on the other hand — from the 1820 settlers onwards — were part of the British machinery of conquest, subjugation and exploitation, as well as driving the acculturation to British ways of native peoples.

There are essentially two ways to respond to conquest after military defeat: surrender, submit, co-operate with the conquerors and help them achieve their objectives; or carry on with resistance through other means, including flight.

In many instances in history response to conquest was a combination of both. For example, when France was defeated and occupied by the Germans between 1940 and 1944 both responses happened. Some of the French collaborated with the victors and helped them with their genocide against French citizens of Jewish descent. Others, however, continued with the fight at home and abroad.

When Jan van Riebeeck was sent to establish a halfway station at the Cape, to supply the Dutch East India Company’s (VOC’s) ships with fresh produce, the assumption was that he would dispossess native inhabitants of their land by force. The race of native inhabitants was not material to the VOC, what mattered was whether they had firepower to match that of the conquerors in the first instance, and whether they could provide the needed labour for the company’s gardens and other projects.

As the answer was negative on both counts, they were soon pushed to the margins — killed when thought necessary — and replaced with imported slaves from Asia and Africa and with free servants from Europe.

Slavery was eventually abolished in 1838 by the British, but was soon replaced by indentured labourers from India and China and indentured migrant workers from SA’s rural villages as well as neighbouring countries as far north as Angola and Tanganyika. Copper mining started in Namaqualand in the 1850s and was followed by the establishment of sugar cane farms in Natal in the 1860s and thereafter by diamond and gold mining in the 1870s and 1880s. The system of migrant labour continues to this day.

The great majority of what I called native peoples were therefore ultimately pushed into SA’s vast multiracial rural and urban proletariat — employed, semi-employed, underemployed, unemployed or permanent underclass when the British developed SA’s vast mining industry and related industries. This leaves us with the group among the native peoples that co-operated with the British conquerors and helped them achieve their objectives.

During the 19th century the British had a primarily geostrategic objective to control the Cape sea route. For this they did not need collaborators as they were the world’s leading naval power. However, they needed collaborators to help them pacify the conflicts that had been generated by the migration of Boer farmers into the interior of SA. They also needed partners to help them defeat the indigenous communities that were resisting encroachment by settlers onto their lands.

To achieve these objectives the British devised a divide and rule strategy whereby they enticed certain African clans to ally with them in return for land and cattle captured from the resisting communities. These new British allies were allowed to buy captured land and own it privately. They were also introduced to Western agricultural technologies by missionaries and by the British colonial administration itself.

From this group emerged a prosperous peasantry in the 19th century as well as a class of Christian intelligentsia. This group fought on the side of the British army against the native peoples and in return obtained voting rights under the 1853 Cape constitution.

With the discovery of minerals in the interior of SA in the 1870s and 1880s the British changed their priorities from developing a prosperous African peasantry and a well-off African middle class. They wanted labour in the mines instead. The new allies gradually had obstacles put in the way of their further development. This led to the emergence of African nationalism. This repressed group came back centre stage after winning the 1994 elections.

To establish the huge SA mining industry the British first dispossessed the Afrikaner elite that had established two independent republics in the interior of the diamond fields that were incorporated into the Cape Colony. Later the two independent Boer republics were crushed so the British could gain better control of gold deposits by the beginning of the 20th century.

This gave the British the opportunity to reorganise the SA economy into an exporter of minerals and agricultural products to the UK, which it still is today. To achieve this objective the British enlisted a class of Afrikaner collaborators, predominantly Afrikaner nationalists, who managed the country between 1910 and 1994.

In his seminal work on the economic history of SA, A History of Inequality in South Africa; 1652—2002, the late Stellenbosch economist Sampie Terreblanche wrote: “SA’s history over the past 350 years is an unsavoury tale of intergroup conflicts, violence, warfare and plunder. Each of the different ethnic, racial and/or language groups tried to enrich itself by plundering others.”

After centuries of slavery, colonialism, apartheid and democracy SA has emerged as the most unequal country in the world, with the highest unemployment in the world. The economic heritage of an exporter of minerals and agricultural products left behind by the Dutch and the British remains intact.

SA today is a partially industrialised country that faces deindustrialisation. The mismanagement of its public finances threatens to pull the country over the fiscal cliff.

• Mbeki is deputy chair of the SA Institute of International Affairs, an independent think tank based at Wits University.

What are the threats to our interests in the region and what firepower does the SANDF need to meet them?
Opinion
7 months ago

MOELETSI MBEKI: How can we complete the process started by FW de Klerk?

MOELETSI MBEKI: How can we complete the process started by FW de Klerk?