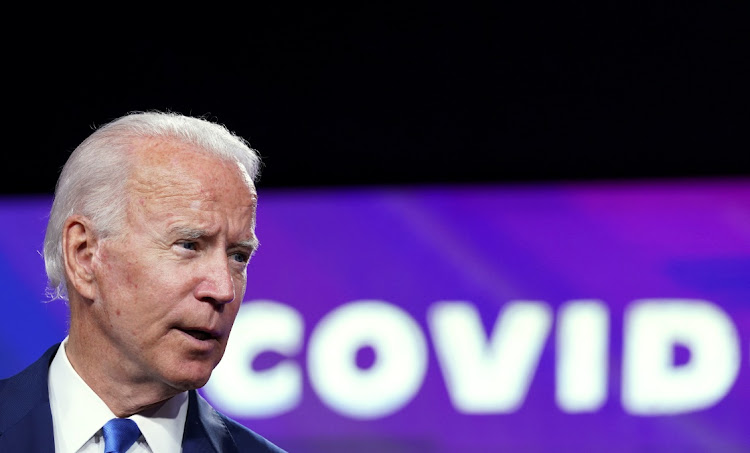 US Democratic presidential candidate Joe Biden speaks about reopening schools amid the OVID-19 pandemic, in Wilmington, Delaware, US, ON September 2, 2020. Picture: REUTERS/Kevin Lamarque

Naturally, all the folks who have been downplaying and/or defending the violence of the anti-cop demonstrations across the US are happily seconding Joe Biden’s claim that yes, it is terrible — and it’s all President Donald Trump’s fault.

In fact, Biden’s remarks fall far short: the Left is plainly driving the chaos — the fires, the looting, the attacks on police stations and courthouses — but he simply denounced violence “on both sides”, repeatedly singling out “white supremacists”, “white nationalists”, “right-wing militias” and so on, with nary a mention of antifa. Let alone a breath about the extremism of the leaders of Black Lives Matter (BLM).

The horrors “are images of Donald Trump’s America today”, Biden declared. But they were also images of Barack Obama’s America — years of deadly violence after black deaths at police hands. Two cops were assassinated in New York after Eric Garner’s death; Ferguson, Missouri, burnt after Michael Brown’s death. A sniper killed five policemen in Dallas during a BLM march.

Throughout, opportunists saw their moment, and radicals fomented chaos. And it’s only going to get worse until local officials start refusing to allow it.

“We have a president who fans the flames rather than fighting the flames,” Biden claimed. But Trump has warned his supporters against vigilantism, telling Fox News Channel, “I want to leave it to law enforcement.”

Biden says he has no “soft spot for rioters” but makes no similar call for his backers to put away their weapons. And many Biden staffers have donated to get rioters and looters out on bail, with running mate Kamala Harris tweeting her support.

President is forcing his opponent to spend resources in Minnesota, traditionally a Democratic state
World
9 months ago