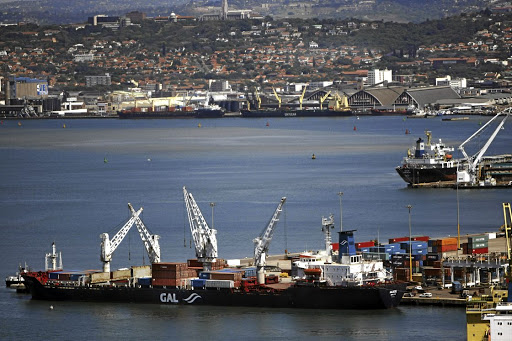 Negotiations about the first commercial trade deal under the African Continental Free Trade Area (AfCFTA) will be finalised by January 2021, the AU announced this week.

The trade agreement was due to launch on July 1 but was delayed due to the impact of Covid-19 on logistics and trade in the region.

The AU, which is leading discussions over the first AfCFTA deal, noted that negotiations will take place through a new African virtual trade-diplomacy platform, allowing parties from across many different timelines to meet in a secure online environment.

The physical constraints of doing deals during global lockdowns have made negotiation and due diligence more difficult for all dealmakers, but virtual teleconferencing services have done much to address the logistical challenges and enabled parties to continue negotiations efficiently.

Africa’s new virtual trade platform is a service that is likely to be of great benefit in speeding up negotiations across vast regions, housing many different cultures, languages and legal frameworks. Its effective use could lay the foundations for more efficient cross-border negotiations in many other Africa-wide commercial and governmental trade initiatives.

The trade in technology services is an especially pertinent area of focus for all African countries that are adapting to a virtual, postpandemic reality. Now, services traded between African countries are mostly limited to the transport sector. Other notable sectors offering a trade in services include energy, financial services, infrastructure development and tourism.

These are largely contained between the continent’s main economic hubs: SA, Morocco, Egypt and Nigeria. Trade in services globally, by contrast, is orientated towards the information and communications technology and financial sectors.

Debates on trade liberalisation are often focused on trade in goods, but the liberalisation of trade in services can be equally important for the welfare of African countries. According to a research report by Baker McKenzie and Oxford Economics, “AfCFTA’s $3-trillion Opportunity”, Africa’s trade in services could represent a way to overcome the production and industrialisation limitations that threaten to hold up the Africa-wide trade in goods.

Because a service can either be traded directly or serve as an input into the production process of a product, the liberalisation of trade in services is not as hindered by current infrastructural or logistic deficits as the trade in goods. In this way Africa’s service trade sector can benefit from bypassing the industrialisation phase.

The research shows that the trade in services is especially promising considering the services sector accounts for more than half of gross value added in Africa. The increasing importance of continentwide services also suggests Africa could accelerate this growth through AfCFTA.

To fully realise such benefits a better understanding is needed among policymakers of the important role services can play in regional value chains. This will allow the continent to address the structural constraints on growth in these sectors. It is noted in the report that easing restrictions on foreign government policy throughout the continent will increase the flow of service trade between countries. Allowing more access to the information and telecommunications systems would encourage companies to enter new markets.

The report shows, for example, that lowering the cost of access and usage of communication and fortifying network security will encourage businesses to set up or ramp up operations on the continent. According to the report, more than 22% of African countries have higher data costs for 1GB of mobile data than the average for the rest of the world, with a Cable report in 2019 noting particularly high data costs in Zimbabwe, Equatorial Guinea, Saint Helena and Djibouti, for example. The high costs and limited availability or reliability of data connectivity pose a high barrier to players entering the technology services market and increase the risk of unreliability and lack of efficiency for those in the market.

Ways to more effectively leverage the trade in services in Africa is likely to receive significant attention as virtual negotiations about the first AfCFTA deals get under way.

The finalisation of the first deal deserves to be celebrated for its significance — it signals the beginning of an exciting new global trading zone in a postpandemic world.

• Subban is  partner specialising in customs & trade at Baker McKenzie in Johannesburg.

The majority of gains from the pact could come from trade reform, including reducing red tape and lowering compliance costs
World
10 months ago

The AFCTA – lessons from the free trade area of the Americas

The AFCTA – lessons from the free trade area of the Americas