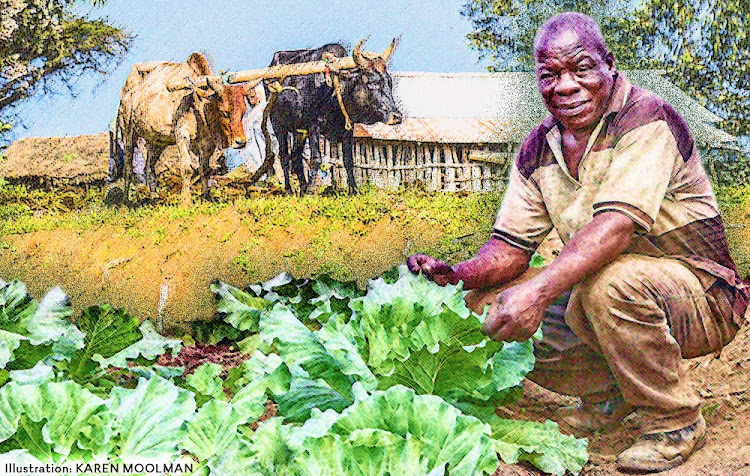 The rural economy should not be forgotten in SA’s post-Covid-19 recovery plans. This is still an important segment of society and the economy, though 68% of the population now lives in urban areas. Apart from its reliance on remittances and social transfer payments, the one outstanding characteristic of the rural economy is its dependence on a few key industries, all of which are typically resource-based, such as agriculture, mining, fishing, tourism and forestry.

With rising unemployment and low economic activity, policymakers are searching for areas of growth and job creation. For many rural areas, agriculture and tourism are the only industries that still have the potential to generate livelihoods and employment. The pandemic might severely delay gains from tourism, but agriculture could play an important role in the near term. However, this will require that we confront various infrastructure and governance constraints that have hindered development and growth of agriculture over the past two decades.

These constraints cause many rural communities to be caught in a poverty trap from which they cannot escape. What’s worse, rural areas have less access to public service and infrastructure than urban areas due, partly, to the higher per unit cost of infrastructure investment and service delivery in rural areas. This extends to “soft” infrastructure such as health-care centres as well as “hard” infrastructure such as road networks, rail, silos, irrigation systems, water and electricity, thus leading to low agricultural productivity and poor linkages to markets for farmers.

Large commercial farmers and agribusiness companies can assist the agricultural transformation process. Wool and grain farmers in the Eastern Cape, beef farmers in the Free State and sugar farmers in Mpumalanga have already illustrated what can be done.

What should therefore be done differently to address these challenges so that economic activity and employment can take off in rural areas after Covid? Last week the ANC’s economic transformation committee and Business for SA (B4SA) released their respective strategy documents for the post-Covid-19 inclusive economic recovery.

Both prioritised the agriculture sector for its transformative potential and aligned their strategies with the contents of chapter 6 of the National Development Plan (NDP), which reflects the commitment of the government and private sector to SA’s larger development agenda.

The NDP ideas on how to strengthen the agriculture sector entered the policy arena in 2012. But in the subsequent eight years little was done to implement the principles and foster the required co-ordination with the private sector.

The lack of implementation of agricultural government policy and infrastructure-related constraints comes down to the following reasons:

Now is the time to act decisively to unlock the potential of the sector by removing constraints to accessing land, finance, markets and water and improving safety in our rural areas, as well as service delivery by our provincial and local governments.

This is a challenge that should be addressed by the government and the private sector. The government can play a facilitation and enabling role by considering the following:

One important dimension of the government’s role is a proper and streamlined government support system. Well co-ordinated and effective support measures are critical for the success of establishing new farmers and ensuring sustainable land reform. Establishing a farming business from scratch is difficult given large land and capital costs. It is unlikely to be achieved successfully without the assistance of the state.

The word support has to be properly understood for us to effectively articulate specific interventions. It includes advisory services, access to seasonal finance, fair and equitable access to markets and supply chains, effective government regulation and management of standards, input supplies, and on-farm and off-farm infrastructure. Support could also include various forms of government guarantees to enable the provision of agricultural finance at preferential rates, infrastructure, inputs and machinery.

Such subsidies are critical for farmers establishing and improving their farms and need to be well managed. They will only have the necessary impact if there is some form of accountability, responsibility, agricultural upskilling and buy-in from the beneficiaries. We should avoid the dependency syndrome and moral hazard. There should always be a personal commitment from the beneficiary to ensure a success story and ensure government support leverages the opportunity for the beneficiary.

The Comprehensive Agricultural Support Programme has shown that buying and distributing inputs and equipment through government procurement schemes is often too expensive, slow and bureaucratic. Using the principle of cofinance of investment and purchases by the beneficiary is more needs-based and often quicker.

Large commercial farmers and agribusiness companies can assist the agricultural transformation process. Wool and grain farmers in the Eastern Cape, beef farmers in the Free State and sugar farmers in Mpumalanga have already illustrated what can be done.

While the private sector is well placed to deliver on the transformation process, it is hamstrung by divisions. It is strange that the sector still has to deal with race-based farmer and commodity organisations. There is an urgent need to do away with this fragmentation, since there is potential to upscale the many success stories of public-private partnerships (PPPs). Three common themes run through these:

The task of rural development through agriculture needs the concerted effort of both the government and the private sector. SA agriculture has the potential and space to make a meaningful contribution to job creation and economic activity and to grow the export footprint from agriculture, but this will require practical and well-tested approaches.

• Sihlobo is chief economist of the Agricultural Business Chamber of SA, and Kirsten professor of agricultural economics at Stellenbosch University and director of the Bureau of Economic Research.