Fourth wave severity depends on if there is a new variant, Salim Abdool Karim says 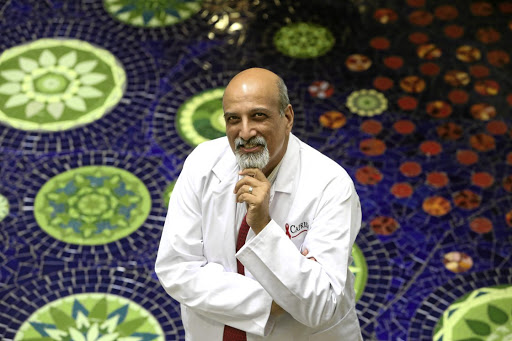 Prof Salim Abdool Karim says SA "is not over the Covid-19 pandemic”, despite Covid-19 fatigue setting in.

Speaking on Algoa FM this week, Abdool Karim warned the pandemic was “not done with us” and predicted that a new wave of infections was approaching.

“As much as we are fed up, tired and want to be done with it, I have to say that I don't think the virus is done. This virus is still spreading and we have to be ready to deal with it.”

According to Abdool Karim, the fourth Covid-19 would arrive three months after the third wave came to an end. The new wave is therefore set to begin between November and January.

“What’s critical [about the possible wave] is whether we get a new variant, because a new variant will determine whether we have a severe fourth wave or just a mild one,” said Abdool Karim.

Earlier this week, Gauteng premier David Makhura raised concerns about a possible fourth wave, saying “it is something we are still worried about”.

“If we had more vaccinations we wouldn’t be as worried, but the rate of vaccination we have so far … we are not at 50% with regards to the single doses. Here in Gauteng, we are at 32% single doses for both Johnson & Johnson and Pfizer. We would be happier if we were at least 60%,” said Makhura.

Previously, Abdool Karim told Bhekisisa that SA would not be able to stop a fourth wave, because “you have to have a very high level of vaccination to stop it”.

“You’d have to vaccinate 70% to 80% of the population, which we would not likely achieve in time. But it will likely be a small, mini fourth wave,” he said.

He said by the time SA was hit by a fourth wave, the country would have a better idea of whether new variants had emerged and whether the new forms of the virus could escape immunity and make vaccines less effective.

“Immune-escape variants worry me because they could lead to vaccinated people being at risk again. The fourth wave’s severity is going to depend on a balance between the prospects of a new immune-escape variant versus how fast and how many people we had vaccinated by then,” said Abdool Karim.

Netcare says profit is steadily improving despite the third wave

Hospital group has got better at managing the influx of Covid-19 patients, even as each wave has been more severe
Companies
8 months ago