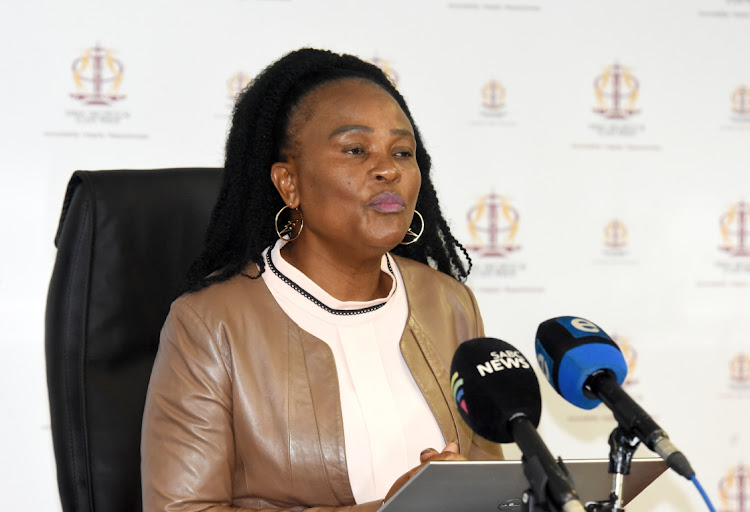 Busisiwe Mkhwebane addresses the media at the office of the public protector in Pretoria on May 30 2022. Picture: FREDDY MAVUNDA

The Western Cape High Court on Friday dismissed suspended public protector Busisiwe Mkhwebane's application for an interim interdict to halt impeachment proceedings against her in parliament and prevent her suspension.

A unanimous judgment by a full bench, in the name of “the court”, said the public protector was, in terms of the constitution, accountable to parliament: “We must emphasise that there exists a strong public interest in the continuation of the impeachment process.

“As a matter of logic, there is serious prejudice against the separation of powers and the public interest, in the event that the impeachment process is not concluded timeously and without inordinate delay.”

Impeachment hearings are due to begin on July 11.

Before handing down judgment, judge Nathan Erasmus said the court was aware of developments that had happened “last night or late afternoon”, but said the judgment was based on the facts before the court at the time the case was heard and up until an amendment was made to the notice of motion after the hearing.

On Mkhwebane’s bid to prevent her suspension, the court held that Mkhwebane would continue to receive her salary and benefits and would still be able to review the decision if the president decided to suspend her.

The balance of convenience did not favour Mkhwebane: “The longer advocate Mkhwebane occupies the office of the applicant while facing serious charges, the more public faith in this office is eroded.”

The court said it had been asked to consider an application that sought “to prevent organs of state from exercising powers specifically assigned to them by the constitution”.

Courts could only “tread deep into the heartland” of the executive and the legislature in very clear cases. This case was “by no means” one of these.

The court ordered Mkhwebane to pay a portion of the legal costs in her personal capacity.

EDITORIAL: A festival of farce and folly with Mkhwebane in and out of courts

EDITORIAL: A festival of farce and folly with Mkhwebane in and out of courts