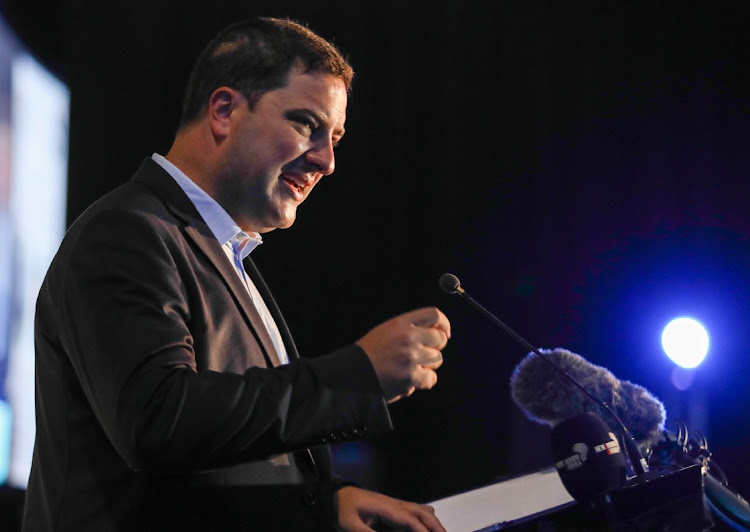 Cape Town mayor Geordin Hill-Lewis has pledged the city's solidarity with the people of the Ukraine. Picture: ESA ALEXANDER

Cape Town mayor Geordin Hill-Lewis has pledged the city’s support and solidarity with the people of Kyiv, the capital of Ukraine.

Hill-Lewis announced Cape Town City Hall would be illuminated in blue and yellow, the colours of the Ukraine flag.

On Wednesday, Hill-Lewis wrote to Vitali Klitschko, the mayor of Kyiv, to express the City of Cape Town’s solidarity with the struggle the Ukrainian people have been facing since the invasion by Russia.

“I informed Mr Klitschko that the City of Cape Town stands alongside other nations and cities around the free world in calling for peace in Ukraine and an end to Russian imperialist aggression,” said Hill-Lewis.

He called on the SA government and other leaders globally to call for peace and take a stand against the invasion of Ukraine.

“As leaders and human beings, we must always take a firm stand against imperialism and the violence that brings, and I will not hesitate to continue to spread the message of peace and solidarity as far and as wide as possible,” said Hill-Lewis.

A week ago, the department of international relations & co-operation (Dirco) expressed concern about the escalating tensions between the two countries, saying if the situation continued unabated, it could have global ramifications.

“All parties have much to gain from a negotiated outcome and much to lose from unnecessary and violent conflict.

“The UN Security Council is the body given the mandate for the maintenance of international peace and security and it must exercise its role fully. As SA, we believe all the issues of concern to any of the parties must be addressed in inclusive talks led by the UNSC [UN Security Council],” said Dirco minister Naledi Pandor.

SA on Wednesday was among countries that abstained from voting in the UN General Assembly in favour of the resolution to reprimand Russia for its invasion of Ukraine. Dirco said the resolution did not allow for mediation and dialogue.

Thirty-five members, including SA and China, abstained while Russia, Syria and Belarus were among five countries that voted against the resolution.

“Our position is that SA remains deeply concerned by the escalation of the conflict in Ukraine and the regional and international socioeconomic implications. We strongly urge all sides to uphold international law, including humanitarian law and human rights law, as well as the principles of the UN Charter, including sovereignty and territorial integrity,” said SA’s permanent representative to the UN, Mathu Joyini.