Health experts say Rwanda, Senegal and SA could be candidates as they either have existing vaccine expertise, or have noted an interest in developing such an industry 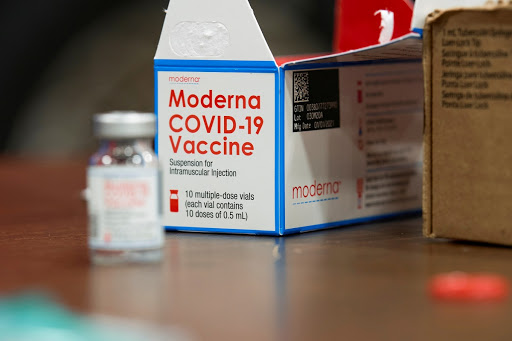 Rwanda, Senegal and SA could be potential locations for Moderna’s planned vaccine factory in Africa, the US drugmaker’s co-founder and chair said, as it steps up its search for a site on the continent.

Moderna said last week it would build a plant in Africa to produce up to 500-million doses of vaccines a year, including its Covid-19 shot, as pressure grows on pharmaceutical companies to manufacture drugs in lower-income countries.

Noubar Afeyan, a biochemical engineer of Armenian origin who cofounded Moderna in 2010, said in an interview with Reuters late on Monday that the selection process would probably intensify now that it had announced its Africa plans.

Health experts have said Rwanda, Senegal and SA could be candidates because they either had existing vaccine expertise and production, or had expressed an interest in developing such an industry.

Asked by Reuters whether those three countries were on Moderna’s list of potential candidates, Afeyan said: “I can confirm that, yes.”

He declined to give further details about which countries Moderna had been talking to, as the selection process was ongoing.

“What matters to us most is the conditions under which we could operate. That is, the healthcare system … the presence of trained folks who can actually at least help us on some of the clinical testing that needs to be done,” said Afeyan.

“We know several countries that already have good healthcare systems and quite a lot of interest in working on this, so we will find partners,” he said.

SA has a medical research capacity and a domestic pharmaceutical industry, while Senegal’s Pasteur Institute produces yellow fever vaccines and Rwanda has expressed interest in making vaccines and drugs.

Some countries in North Africa, such as Tunisia and Egypt, also have pharmaceutical industries.

In August, German drugmaker Biotech said it was considering building malaria and tuberculosis vaccine production sites in Rwanda and Senegal.

Public health and government officials in Africa welcomed the news last week, but said the plant would not address the continent’s urgent need for Covid-19 vaccines now.

Fewer than 5% of Africans have been fully vaccinated against Covid-19, the continent’s top public health official, John Nkengasong, noted after Moderna's announcement.

Afeyan said the overall goal was to have a plant that could make multiple vaccines so that “in the future, if there is a pandemic, and there will certainly be, then we can very rapidly convert it and provide the vaccine security on the continent”.

Afeyan’s comments come as the US Food and Drug Administration (FDA) reviews the booster dose of Moderna’s vaccine for adults, as well as its shot for teenagers.

A panel of independent FDA advisers will meet on Thursday to discuss the booster dose.

He said Moderna’s request for emergency authorisation for its teen shot filed in June had not been delayed, but rather boosters were considered a more urgent issue at the moment.

“I think they are sequencing decisions and evaluations and they are considering the booster decision more urgent,” he said.

Moderna’s plans in Africa comes as debate rages between drugmakers and governments about waiving intellectual property rights for Covid-19 vaccines to help end the pandemic and give more developing countries access to shots.

Politico reported last week that the US administration had urged Moderna to increase its vaccine production to boost donations to countries in need, but the company was hesitating for fear it would be paid less for the shots it contributed.

“Our interests with the White House are common and that is to get as many … vaccines as possible next year to low-income countries as we have this year. In that regard, we're similar,” Afeyan said, when asked about the Politico report.

“I only know what the discussions with the White House have been, and I think they've been very constructive,” he said.

Moderna said on Friday it aimed to deliver 1-billion doses of its Covid-19 vaccine to low-income countries in 2022, in addition to the doses it had already committed to the global vaccine-sharing programme, Covax.

These vaccines will be part of the 2-3 billion doses the company has forecast to produce next year.

Afeyan said the notion that Moderna was not ramping up production to meet the requirements of countries in need was inconsistent with simple arithmetic.

“OECD countries have a need for a billion doses. The only way the other 2-billion doses could be used is to be used in low- to middle-income countries,” he said.

The focus now was on the mechanism for doing that, whether through Covax or direct bilateral agreements, for example with the AU or other constituencies.

“That’s … yet to be worked out. But we have every commitment,” Afeyan said.