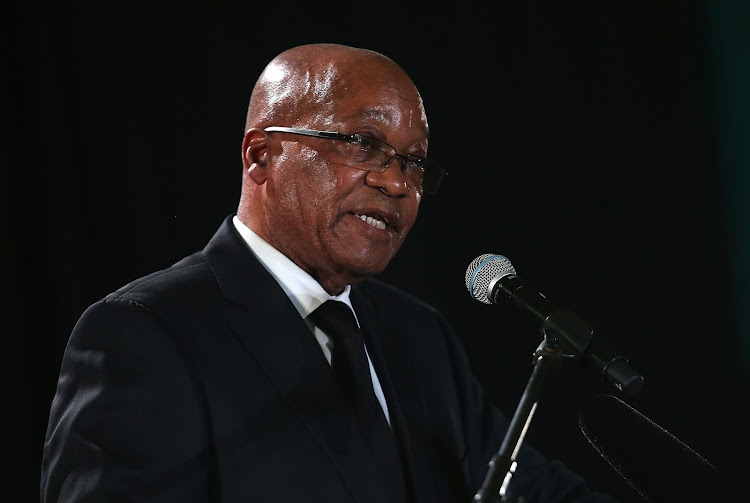 Former president Jacob Zuma on Wednesday missed the Constitutional Court’s deadline to argue in mitigation of sentence, a move that could see him being sent to jail for contempt of court.

Chief justice Mogoeng Mogoeng last week directed Zuma to file papers on what his sentence should be if he is found guilty of contempt of court. This is after he failed to comply with the top court’s order that he appear before the state capture commission of inquiry.

Zuma had until the close of business on Wednesday to file the mitigation of sentence affidavit. Instead, he sent a 22-page letter to the chief justice explaining why he had not done so.

In the letter, seen by Business Day, he lashed out at the role of the top court and questioned its jurisdiction over the matter of his testifying at the Zondo commission.

“I have also been advised that addressing a letter of this nature to the court is unprecedented as a response to a directive to file an affidavit. However, given the unprecedented nature of my impending imprisonment by the Constitutional Court, we are indeed in unprecedented terrain,” Zuma wrote in the letter addressed to Mogoeng.

Zuma said he viewed Mogoeng’s directive as nothing but “a stratagem to clothe its [Constitutional Court’s] decision with some legitimacy.

“It has also become clear to me that even though the Constitutional Court has no jurisdiction, deputy chief justice [Raymond] Zondo was determined to place the matter before judges who serve as his subordinates in order to obtain the order he wants.”

Zuma said it was disappointing that the court was engaging in what “clearly is political or public management of a decision they have already taken.

“In my view, these political gimmicks do not belong in the bench.”

The state capture commission in February asked the top court to give Zuma a two-year prison sentence for contempt.

“I am ready to become a prisoner of the Constitutional Court and since I cannot appeal or review what I see as a gross irregularity, my imprisonment would become the soil on which future struggles for a judiciary that sees itself as a servant of the constitution and the people rather than an instrument for advancing dominant political narratives,” said Zuma.

“My impending imprisonment by the Constitutional Court will be a constitutional experiment because it does not appear that it was created as a court of first and final instance to hold the powers of imprisonment and incarceration.”

But law expert Llewelyn Curlewis said the Constitutional Court had the discretion to impose whatever sanction it deemed appropriate on Zuma.

“I will be surprised if the Concourt hands down the two-year prison sentence the commission seeks for mere contempt of court. It will be totally unheard of [and set a] precedent that has never been seen in the legal history of our country,” he said.

Curlewis said that a six-month prison term would be a “more appropriate sentence” that could help send a strong message that people must respect the rule of law.

Advocate Francois Botes SC said it is “highly likely” that the court will give Zuma direct imprisonment for two reasons.

“Firstly, to reconfirm the rule of law that everybody is equal before the law, and secondly to demonstrate to the public that the courts will not tolerate a situation where citizens display a contemptuous nature.”

He said Zuma had made himself out to be a victim of a political conspiracy, and stressed that there would be no room for him to attack the merits of the court’s findings because he chose not to participate.

Botes said the top court has a wide discretion when it comes to a sentence. “It can impose a direct fine to be paid immediately or suspended, or alternatively direct imprisonment, suspended partially or entirely, on condition that he complies with the order to testify at the commission.”

If pulling out of all legal proceedings was his big plan, chief justice Mogoeng Mogoeng has just effortlessly drawn him back in
Opinion
9 months ago

Fawning, obsequiousness and deference are some of the president’s favourite and nauseating ways to treat former president Jacob Zuma
Opinion
9 months ago

1.
Enoch Godongwana wins as president’s panel says ...
National
2.
High risk of load-shedding due to Eskom ...
National
3.
Public protector says she has received a ...
National
4.
SIU has not been paid for Covid-19 PPE probe and ...
National
5.
More South Africans are falling for banking scams
National

Jacob Zuma slams ANC for not protecting him in recent years

1.
Enoch Godongwana wins as president’s panel says ...
National
2.
High risk of load-shedding due to Eskom ...
National
3.
Public protector says she has received a ...
National
4.
SIU has not been paid for Covid-19 PPE probe and ...
National
5.
More South Africans are falling for banking scams
National

Jacob Zuma slams ANC for not protecting him in recent years