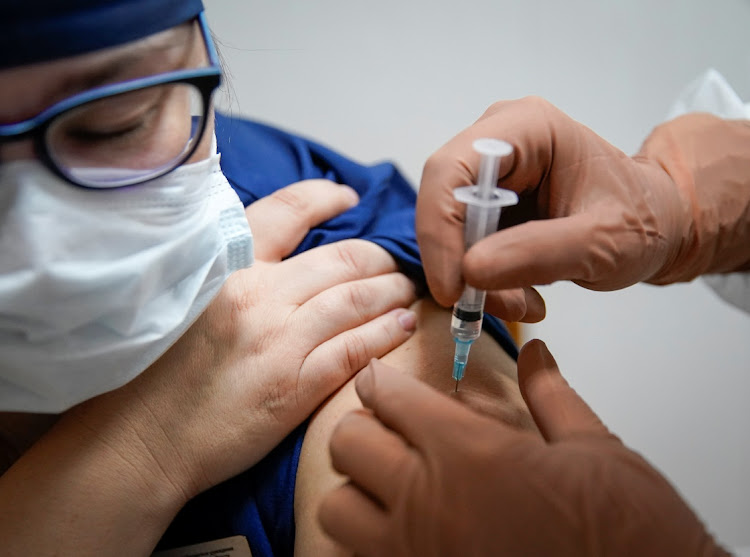 The DA has called for public hearings into whether bailout money for SAA should be scrapped and be diverted to pay for the acquisition and provision of one of the four available coronavirus vaccines.

Meanwhile, public health expert Alex van den Heever says the government needs not pay for health workers to receive one of the vaccines‚ it just needs to source it — these workers are already on medical aid schemes.

DA leader John Steenhuisen said a vaccine programme must replace lockdown if SA is to survive Covid-19.  President Cyril Ramaphosa initially said SA would receive the coronavirus vaccine in the first quarter of 2021, but this goalpost has now been shifted to the second quarter.

“There needs to be a simultaneous plan to massively improve public health care and get urgent access to a vaccine to begin a comprehensive rollout ... It is continuing apace across the EU and UK [and] in countries such as Chile‚ Costa Rica‚ and Mexico‚ where the socioeconomic circumstances are not dissimilar to our own.

“The SA government has no excuse for its negligence in this regard and owes South Africans an explanation.”

SA has now missed two payment deadlines for the first batch of the World Health Organisation’s vaccination programme‚ delaying the arrival of the vaccine to SA’s shores‚ the DA leader said.

“A vaccine is now the only solution‚ and the only alternative to lockdown which is no longer a viable or sustainable means to curb the spread of the virus in our country.”

Steenhuisen said the government needs more in its arsenal than lockdowns and bans. “The economy has suffered devastating losses after almost a year of crippling lockdown restrictions.

“It is also unconscionable that the government would seek to simply shut down certain industries without simultaneously announcing a single cent of relief programmes to bridge the economic devastation that this will wreak on the hospitality and restaurant industries‚” Steenhuisen said.

“Cancel the SAA bailout and put that money towards expediting vaccine procurement and rollout and bolstering financial relief to affected industries. This would show true commitment to saving lives and livelihoods‚” he added.

DA MP Ashor Sarupen said on Tuesday the party has written to finance minister Tito Mboweni‚ imploring him to scrap the R10bn bailout allocated to SAA in the second adjustment budget passed by parliament in early December‚ and to divert this funding to procuring Covid-19 vaccines instead.

He said the DA has also written to the chairperson of parliament’s appropriations committee — the committee that approves the budget — to hold urgent virtual public hearings on whether South Africans want the bailout that has been allocated to SAA to be reallocated to mass vaccination against the virus.

Meanwhile, Wits health and social security systems specialist Prof Alex van den Heever, told eNCA:  “It is very unclear as to why SA is only looking at maybe June‚ July when it's going to begin rolling out‚ when in fact when we will benefit right now from a rollout vaccination programme targeting front-line health-care workers.

“Government wouldn't even have to pay for it because all front-line health-care workers are on medical schemes‚ which means all we really require is access to a vaccine.”

Van den Heever said SA was very slow to get off the starting block while other developing countries such as Morocco‚ which had secured 65-million doses‚ were already rolling out vaccines.

READ IN FULL: President Cyril Ramaphosa's address to the nation

We have let down our guard, and unfortunately we are now paying the price, says the president
National
9 months ago

Afreximbank says that if the supply of Covid-19 vaccines is left to the market, developing countries, including those in Africa, will be left out
World
10 months ago
Next Article