The global consultancy has, ‘in hindsight’, questioned why it continued working with the company before due diligence was completed 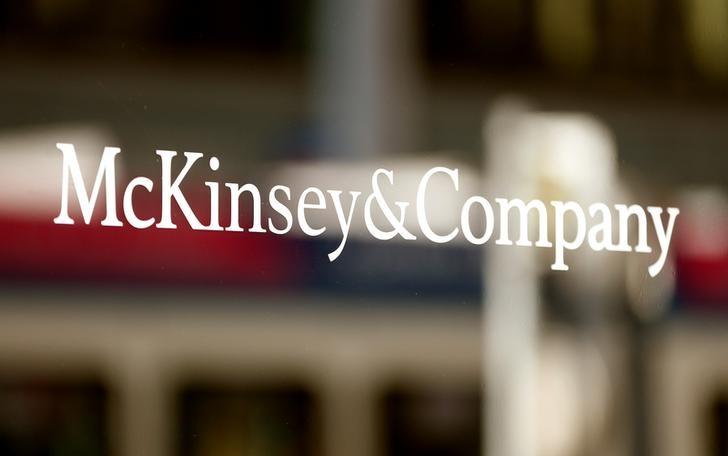 Global consultancy firm McKinsey, which has found itself ensnared in state capture allegations, says the firm has, in hindsight, questioned why it continued working alongside Trillian Capital Partners at Eskom when it had failed a due diligence test.

McKinsey was testifying for the second day at the state capture commission, chaired by deputy chief justice Raymond Zondo. The testimony came less than a day after the firm, which is one of the world’s biggest and most influential consulting groups, voluntarily agreed to repay about R650m it received for work done for Transnet and SAA that had involved Gupta-linked consultancy Regiments Capital.

McKinsey’s repayment of the fees follows a July 2018 agreement to return more than R900m to Eskom regarding a contract it was awarded and in which it worked alongside Trillian.

On Thursday, at the Zondo commission, McKinsey distanced itself from state capture allegations, saying an internal investigation cleared it of corruption, except for “several mistakes” committed by its executives.

McKinsey’s senior partner Alexander Weiss, who worked on Eskom projects, explained to the commission on Friday how the firm came to work along side Gupta-linked Trillian at the power utility. Weiss said the firm had intended to appoint Regiments, with which it had done work at Transnet, as its supply development partner at Eskom.

Regiments knew the initiatives McKinsey thought were required to turn Eskom around, and the financial evaluations behind that, he said. However, McKinsey was told that Regiments had moved that side of its business into a separate entity called Trillian.

Weiss said his focus for assigning McKinsey’s contract to a supply development partner was to make sure that the company was “really black owned” and BEE compliant. He was, however, unable to get this information from Trillian, despite making numerous verbal and written requests.

He said at the time that a subcontract agreement had already been negotiated, but he did not sign it because he had no evidence of ownership or a BEE certificate. McKinsey, however, continued to work alongside Trillian in “anticipation” of receiving the required information. But in March 2016, when the information was still not forthcoming, Weiss said he sent a termination letter to Trillian. Eskom was also informed of this.

There was another issue: Trillian was helping oversee procurement in the interests of Eskom while having a relationship with a supply development partner bidders. Weiss said this was “super-unacceptable”.

When evidence leader Matthew Chaskalson asked why McKinsey then continued to work along side Trillian, Weiss said, “In hindsight, I am asking the same question ... We did the due diligence; what is fair to say is we shouldn’t have started work before this due diligence [was completed]. We were too slow.”

However, he said that during that time McKinsey did not have any interaction with Trillian on the ground at Eskom.

“It was super-clear that [Trillian] was not going to be our supply development partner,” Weiss said, adding that Eskom and Trillian were made aware of this. “After this, Eskom decided it still wanted to have Trillian around and wanted to work with the company.”

Weiss was also asked about a contract with Eskom that he had backdated to January 2016, when it was only signed in September of that year. This was after Eskom, in June 2016, informed McKinsey that it was terminating its contract.

“What I understood was, since the contract was cancelled and paid, that I was required to sign the contract on that date, when it started,” he said.

Chaskalson asked Weiss why he had done this, and whether it was due to the fear of not being paid. Weiss said no, because it was done after Eskom paid McKinsey, and he indicated he had done it because he had worked with Eskom for some time.

Weiss told the commission that despite all that had transpired, McKinsey had done “real work” at Eskom: “I know we have been tainted in this process but the team on the ground did real work.”

McKinsey admits to mistakes but not corruption