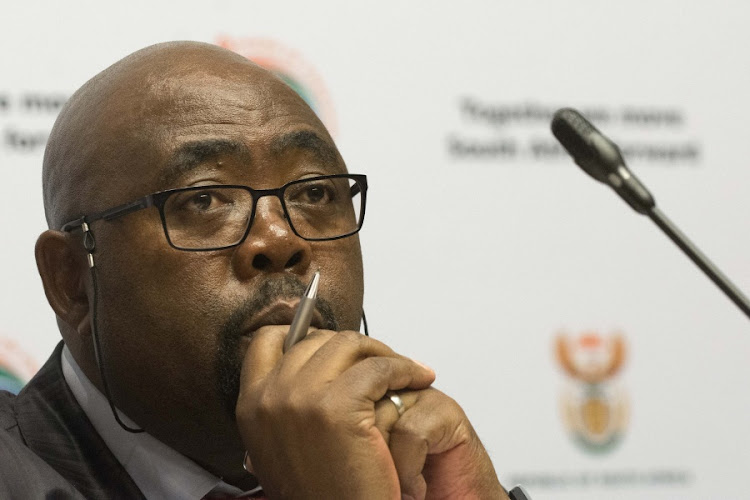 The government and social partners are exploring possible alternative arrangements to provide relief to workers affected by Covid-19 and, at the same time, the long-term sustainability of the Unemployment Insurance Fund (UIF).

This comes as the government has been accused of dragging its feet on the announcement of a decision on the Temporary Employer/Employee Relief Scheme (Ters), despite the uncertainty it has raised in the business and labour sectors.

Last week, concerns were raised by Business 4 SA (B4SA), a lobby group formed in the wake of the Covid-19 outbreak to help the government with policy responses, that the national coronavirus command council had taken a unilateral decision not to extend the scheme.

This was despite a commitment made by President Cyril Ramaphosa that the aid would be available until the end of the state of disaster, which has been extended to November 15.

The Ters benefit was introduced in March to help employers in distress provide wage benefits to employees via the UIF. It was initially to run for three months, from April to June, and was one of the main pillars of Ramaphosa’s R500bn Covid-19 relief package. The scheme was then extended by the government from August 16 to mid-September.

Partners at National Economic Development and Labour Council (Nedlac) have voiced their displeasure at the possible termination of the scheme.

However, employment and labour minister Thulas Nxesi said he had taken  “extraordinary steps” to try to break the impasse after the outcry.

Nxesi said he had a duty to ensure the UIF was not “run down” in such a way that it could not meet its future obligations to its contributors.

“At the same time, we are conscious of the fact that the lockdown, albeit at a less strict level, is still in force and therefore there are industries that require support. That is why we have been engaging with partners to find the best way forward.

“We have engaged with all partners — labour, business and community — but have so far been unable find common ground at this stage. The engagements are continuing and, in fact, have been escalated to the leadership level,” he said.

The minister said meetings on Friday morning were held between partners as well as actuaries of the UIF, the Public Investment Corporation (PIC) and the Treasury.

He said the talks needed to take into account the fact that the UIF had delivered on its commitment — which was initially R40bn over three months but had since paid out more than R51bn — that the UIF was a contributory insurance scheme with responsibility to contributors of the fund, and that signs already pointed to a major uptick in applications for normal UIF benefits, which was the function of about 2.2-million jobs shedded so far.

Nxesi said he would keep the country informed of whatever final decision was taken.

The DA said it was clear from a number of written parliamentary replies to questions posed to Nxesi that the UIF was in a seemingly precarious state.

“It is not clear whether the UIF will be financially sustainable in the long term, given the expected increase in unemployed South Africans (more than 2-million of whom lost their jobs in the second quarter) applying for ordinary UIF benefits,” MP Michael Cardo said.

One of the written replies suggested that the UIF was sitting on a total investment portfolio of R114bn on March 31, with R60bn in liquid assets and R54bn in illiquid assets.

In a reply to another question, Nxesi indicated that between April 1 and September 30 2020, the UIF paid R120m in fraudulent claims to individuals who were not entitled to the Ters benefit.

The auditor-general, which looked into the scheme, has  uncovered alleged fraud and irregularities in the system leading to the suspension of some UIF senior management.

Five UIF officials are on suspension, including the commissioner, Teboho Maruping.

In another response to the DA’s questions, Nxesi revealed that the combined monthly cost of having the officials on suspension with pay is R450,551.39.

“While members of the UIF’s top brass are sitting at home on full pay, tens of thousands of workers — many of them in the tourism and hospitality sectors — face financial ruin as we enter the festive season,” Cardo said.

“Many workers rely on the Ters benefit to make ends meet.”

Cardo urged Nxesi to communicate with the public on the future of the benefit, the long-term financial sustainability of the UIF and what consequences there will be for government officials, and UIF officials, in particular, who have been party to defrauding the fund.