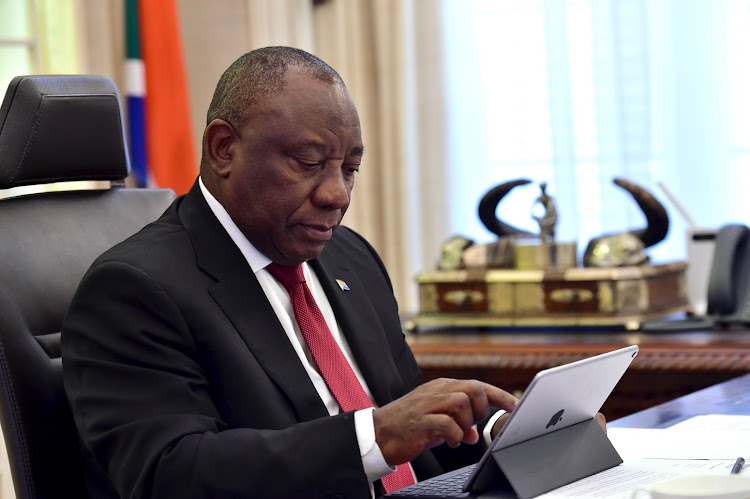 President Cyril Ramaphosa has signed into law a crucial bill meant to curb the powers of the police minister to suspend or remove the head of the police watchdog, the Independent Police Investigative Directorate (Ipid).

The amended Ipid act was made necessary by a 2016 Constitutional Court ruling stating that the police minister had no authority to dismiss the Ipid head without parliament instituting the necessary processes.

This was after former police minister Nathi Nhleko moved to suspend the then Ipid executive director, Robert McBride. McBride had been engaged in a bitter turf war with Nhleko and former acting national police commissioner Khomotso Phahlane.

The Constitutional Court said in its ruling that Ipid was an independent body established in terms of the constitution. It noted that section 4(1) of the Ipid Act required it to function independently of the SA Police Service.

The Constitutional Court said in its ruling: “Given the nature, scope and importance of the role played by police in preventing, combating and investigating crime, Ipid’s oversight role is of cardinal importance.”

The act will require parliament to have an oversight role in which a two-thirds majority vote will be needed in the National Assembly to suspend‚ discipline or remove the executive director of Ipid.

While it welcomed the amended Ipid act, the DA said it was necessary to further limit the police minister’s involvement in the appointment of the head of the watchdog. The party has raised these concerns with the police portfolio committee, which is set to look into the issue.

DA MP and police spokesperson Andrew Whitfield said allowing the minister to nominate the executive director of Ipid was “counterintuitive” and against the spirit of the Constitutional Court judgment.

“While this [signing of the bill into law] is a victory in the fight for Ipid’s independence, it is just the first step,” said Whitfield.

He said as long as a minister can nominate an executive director of Ipid behind closed doors, a dark cloud of suspicion will hang over the watchdog and it will remain exposed to possible political interference.

“The DA is of the view that the Ipid act, in its current form, remains inadequate insofar as the protection of Ipid’s independence is concerned and is vulnerable to legal challenge.

“The portfolio committee on police has taken the right decision to investigate the DA’s proposal as well the procedural and legal questions I set out in my letter to the committee regarding the process that is currently being followed by the minister.”

Ramaphosa has also assented to the Promotion of Access to Information Amendment Act to provide for the access to information on the private funding of political parties and independent candidates.

This amendment was necessitated by a judgment by the Constitutional Court in June 2018, which found the act unconstitutional insofar as it failed to provide for the recording, preservation and reasonable disclosure of information about the private funding of political parties and independent candidates.

The funding of parties and politicians has been a thorny issue in recent years amid concern that the lack of transparency fuelled corruption, especially in the public sector.

The court gave parliament 18 months — which expired in December 2019 — to amend the act. The case was brought by nonprofit organisation My Vote Counts. The new law means that party funding information will have to be made available to the public quarterly, and the information must be disclosed at least two months before a national, provincial or municipal election or a referendum. Records must be kept for a period of at least five years.

The SAHRC grilled MPs about police and SANDF conduct during the Covid-19 lockdown, as well as issues such as food delivery
National
2 years ago

Reports of abuse of power and violence, with eight reported dead, are allegations without ‘specificities’, the president says
National
2 years ago

If the ruling stands, the public protector’s defence in other upcoming high-profile cases will all but crumble
National
2 years ago
Next Article