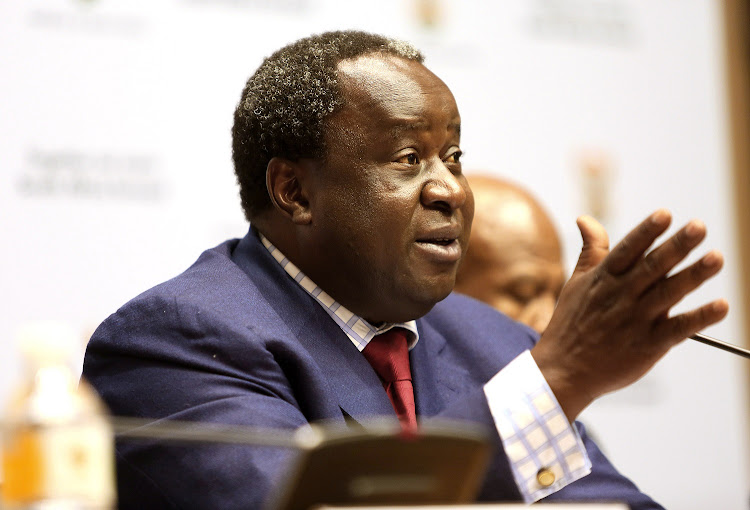 Faced with unsustainable debt and a ballooning deficit, the government has to bite the bullet and drastically slash the public-sector wage bill to reduce government expenditure, the DA has proposed.

The proposals were made at a media briefing to outline the DA’s view on what finance minister Tito Mboweni should announce when he tables his medium-term budget policy statement (MTBPS) in parliament on Wednesday. The policy statement gives an update of the government’s economic growth target and debt level as well as estimates for the budget deficit over the next three years.

Bailouts for Eskom and state-owned enterprises have led to sharp increases in debt and the government’s interest bill while revenue has lagged because of slow economic growth. The medium-term budget is keenly awaited to see how the Treasury aims to arrest these worrying trends.

The DA’s proposals include a R168bn cut to the public sector wage bill over the next three years. The party says this is the only option as the government does not have any more room to raise new revenue or new debt. Doing this would protect the essential public services on which the poor critically rely.

The proposals would include a three-year wage freeze at 2019/2020 levels for all non-occupation specific dispensation employees who represent 33.7% of public servants. These are managers and administrative staff which the DA says are bloated, overpaid and the beneficiaries of ANC patronage. This measure would yield R138.6bn.

Occupation-specific dispensation (OSD) employees such as teachers, nurses, doctors and police officers — so called front-line staff — would continue to get inflation-linked increases over the next three years.

In addition the DA has proposed a hiring freeze and reduction in the number of head office management staff by about 9,200, saving R29.4bn over three years.

“This is simply not sustainable because the amount of money spent on salaries is crowding out productive investment,” DA finance spokesperson Geordin Hill-Lewis said.

He stressed that Mboweni’s number one priority had to be “to present a credible plan to prevent a blow out of the deficit and to stabilise the national debt. This will require deep spending cuts”.

Mboweni and President Cyril Ramaphosa could no longer continue putting off the difficult decisions needed to turn around the economy, Hill-Lewis said.

“For far too long government has avoided a difficult discussion with public-sector unions about the cost and composition of the public wage bill. It is time for decisive moral action in the interests of the country,” DA spokesperson on public service and administration Leon Schreiber said at the media briefing.

Additional revenue could be raised by auctioning off digital spectrum for R32.5bn, selling Telkom shares for R14.5bn and selling Sentech for R1.8bn.

Implementing all these measures would keep the budget deficit at the 4.5% level estimated in the February budget.

DA spokesperson on appropriations Ashor Sarupen said government should stop the “immoral” bailout of failing state-owned entities at the expense of the public.

LUKANYO MNYANDA: Tito Mboweni will try to get a fix on targets

Rand firmer ahead of risk-heavy week

Rand set for rocky ride with eyes on Tito Mboweni

Mboweni's medium-term budget policy statement  will probably confirm that a weak economy, tax-collection shortfalls and bailouts for SOEs will saddle ...
Markets
2 years ago
Next Article

STUART THEOBALD: Investors’ eyes are on Ramaphosa over needed reforms

Tito Mboweni has to claw back credibility with budget statement

STUART THEOBALD: Investors’ eyes are on Ramaphosa over needed reforms

Tito Mboweni has to claw back credibility with budget statement