Eastern Cape state workers including the premier 'are dispensable' 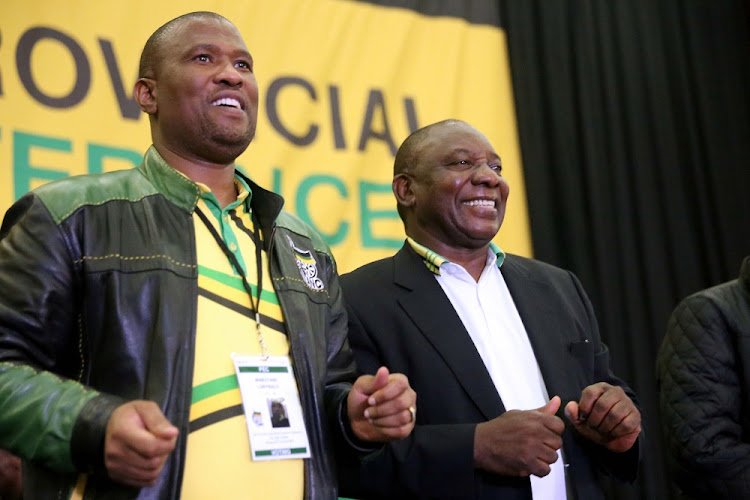 Eastern Cape premier Oscar Mabuyane wants all of his 120,000-strong provincial government workers to know that they are not entitled to their jobs and are dispensable, including himself.

The province has been battling allegations of corruption and maladministration for a number of years and is the worst of the nine provinces when it comes to irregular expenditure and unemployment.

Recent data from Statistics SA showed that the Eastern Cape had the highest jobless rate in the country at 35.4%. Mabuyane, a key ally of President Cyril Ramaphosa, has undertaken to turn around the province by reigniting the economy and tackling corruption, maladministration and poor performance.

Mabuyane, who took over as premier from Phumulo Masualle in May to drive Ramaphosa's reform agenda in the province, said he wants to see value for every rand of the R82.2bn budget for 2019/2020.

“We are really not oblivious to what we are inheriting. We are trying to be creative and innovating in the leadership that we embrace to take the province forward,” he said.

People were being appointed to provincial leadership positions to turn things around and not because "they are lucky or belong to a particular faction".

“We are embarking on a quarterly monitoring and evaluation [exercise]. The issue of monitoring [performance] must happen so that we don't have collective responsibility on performance,” Mabuyane says.

"If you are a premier, a member of the executive council, head of department or director-general, you must be able to account. It can no longer be about ‘we’. It must get to a point where if you are a mayor, you must respond as a mayor, a premier, etc. That will help us to deal with consequence management.”

Mabuyane said performance agreements will be signed with the senior management, including the premier, and these agreements would not gather dust.

“People must remember that there are millions of people that can do the job [better], including [that of] the premier.”

Mabuyane, who is also the ANC's Eastern Cape chairperson, said it would no longer matter how powerful one was "or what position you hold in the political space” when officials were being held to account and wrongdoers brought to book.

“We will do a difference in the five years that we have been given. We are tightening our approach,  but that must not be confused with micro-management and interference. We want to create a space for managers to manage ... [we will] push them to manage properly.”

Mabuyane's dream is for the Eastern Cape to be seen in the next 10 years as a province that is “highly enterprising and connected” and offers a conducive environment for businesses to thrive.

“We want to get our province out of the cry-baby situation ... Most of the provinces are within a 700km radius of Joburg. The Eastern Cape has been in isolation," he says, lamenting that the region has been a "labour-sending province" to the detriment of its own development.

AYABONGA CAWE: Eastern Cape needs to go back to the drawing board in order to realise potential