Public protector’s findings are ‘deficient both factually and in law’, says Ramaphosa 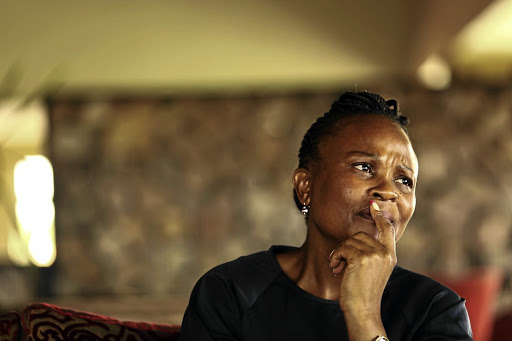 President Cyril Ramaphosa will study public protector Busisiwe Mkhwebane’s report, which made adverse findings against him over a campaign donation from Bosasa, and decide what to do next, the presidency says.

On Friday, Mkhwebane found that Ramaphosa deliberately misled parliament about the R500,000 he received from Gavin Watson, the CEO of corruption-accused Bosasa. The money was for Ramaphosa’s ANC presidential election campaign in 2017.

DA leader Mmusi Maimane lodged a complaint with Mkhwebane late last year after Ramaphosa initially told parliament that the R500,000 payment was a consultancy payment from Bosasa to his son, Andile. Days later, Ramaphosa wrote to then speaker Baleka Mbete and admitted he was wrong, and that the money was actually a donation to his election campaign.

“I, therefore, find President Ramaphosa’s conduct ... to be inconsistent with his office as a member of the cabinet and therefore a violation of section 96(1) of the constitution,” Mkhwebane said.

The presidency confirmed receiving Mkhwebane’s final report but noted that it is unfortunate that “from a cursory reading of the report”, it seems that the president’s response had not been given due consideration. “Nonetheless, the president will study the public protector’s report and make a decision on any further action.”

On June 27, Ramaphosa responded to Mkhwebane’s findings that he was implicated in her probe after he was granted two extensions to submit his response. His “substantial response” dealt with areas where preliminary findings were “deficient both factually and in law”.

Ramaphosa re-affirmed his respect for the office of the public protector and his commitment to “fight all forms of corruption and malfeasance”. “To this end, no person, regardless of the position they hold, is above law,” the presidency said.

SACP deputy general secretary Solly Mapaila said the party, that was not shocked by the findings, hopes the president will take the matter on review. The party has, on multiple occasions, called for an inquiry into Mkhwebane’s fitness to hold office as a result of adverse court findings in which her competency has been brought into question.

The SACP wants the ANC, which is its alliance partner, to expedite the process of looking into her fitness to hold office in parliament, while the DA has already asked for proceedings to be started to attempt to have her removed.

“We express our full support for the president,” Mapaila said, adding that the party believes there is an offensive against those who are at the forefront of fighting corruption.

He said it would protect those such as Ramaphosa, as any adverse findings may prevent the president from “being an effective buster of corruption in the movement, and even in government”.

Mapaila said they did not believe the president had committed any criminal act, noting that “we still hold him in high regard”.

The public protector has asked the Constitutional Court to reverse a personal costs order against her for an estimated R900,000
National
2 years ago
Next Article