Brent has risen 38% in 2021, supported by output curbs led by Opec+, and recovering demand, although it has fallen from a three-year high above $86 in October 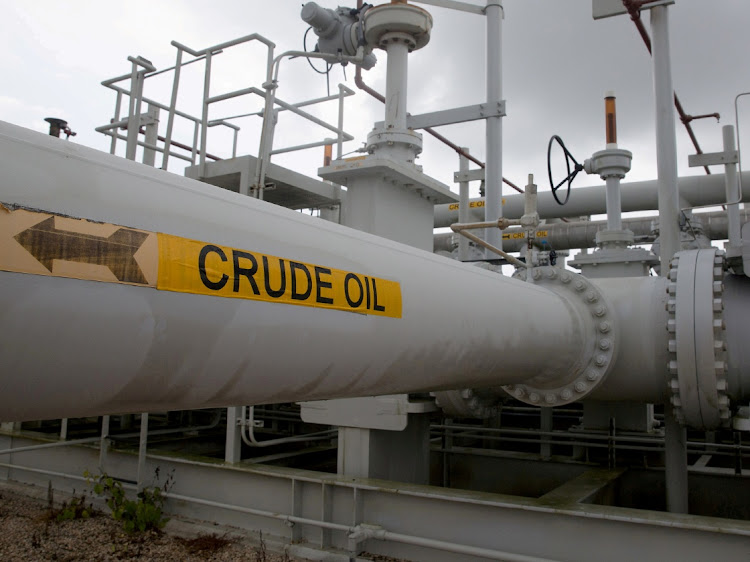 A maze of crude oil pipes and valves is pictured during at the Strategic Petroleum Reserve in Freeport, Texas, US. Picture: REUTERS/RICHARD CARSON

London — Oil rose more than $1 a barrel to above $71 on Monday as hopes that the Omicron coronavirus variant may cause mostly mild symptoms boosted riskier assets and as the prospect of an imminent rise in Iranian oil exports looked less likely.

Helping ease Omicron concerns, reports in SA said cases there shown only had mild symptoms and the top US infectious disease official told CNN “it does not look like there's a great degree of severity” so far.

“If Omicron is proven over the coming days [or weeks] to be less aggressive, even if it is more contagious, then we can say 100% last week’s lows were the bargain of the quarter,” said Jeffrey Halley, an analyst at brokerage Oanda.

The easing of Omicron fears also boosted European equities and safer havens like bonds gave up some recent gains.

Brent has risen 38% in 2021, supported by output curbs led by Opec+, and recovering demand, although it has fallen from a three-year high above $86 in October.

Opec+ decided last week to continue increasing monthly supply by 400,000 barrels per day in January, even after a slide in prices driven by Omicron concerns.

On Sunday, Saudi Arabia raised January official selling prices for all crude grades sold to Asia and the US by up to 80c from the previous month.

Oil was also buoyed by diminishing prospects of a rise in Iranian oil exports after indirect US-Iranian talks on saving the 2015 Iran nuclear deal broke off last week.

Asian markets lag as US and European stocks futures rise

Early trade was cautious as MSCI’s broadest index of Asia-Pacific shares outside Japan inched down 0.5%
Markets
8 months ago

The oil cartel surprised the market on Thursday when it stuck to plans to add 400,000 barrels per day supply in January
Markets
8 months ago
Next Article