Positive local GDP data and a firmer rand failed to lift banks, but retailers and gold miners found favour despite a risk-off tone on global markets 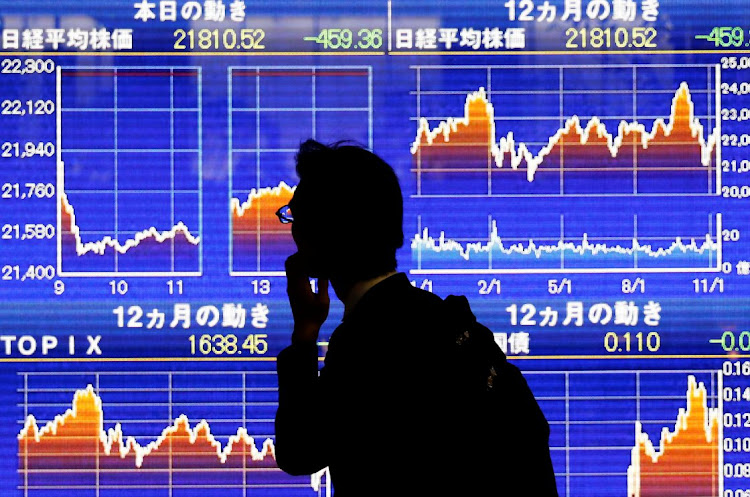 Fading optimism about the US-China trade-war ceasefire put some pressure on the JSE on Tuesday, but the local bourse pushed higher regardless due to a strong showing by Naspers and retailers.

Investors were digesting the implications of 90-day truce between the world's two largest economies, with the weekend agreement prompting a broad-based relief rally on Monday. Analysts attributed the lack of detail as a reason for the market to be cautious rather than giddy, with China failing to confirm any details of compromises.

Local news was more positive, with GDP growth in the third quarter of 2018 beating expectations. Economic growth accelerated to 1.1% in the three months to end-September on an annualised basis, more than twice the market forecast of 0.5% growth.

Despite this, growth was likely to slow in the fourth quarter due to weaker agricultural growth and the imposition of power cuts by Eskom, said Capital Economics senior emerging-markets economist John Ashbourne.

The continued rise in the oil price failed to subdue optimism towards local interest-rate sensitive stocks, with all eyes on a meeting of oil cartel Opec this week. The group, along with Russia, is widely expected to agree to production cuts, although some analysts have said the debate could be contentious.

Local factors are expected to continue to give some direction to the market for the rest of the week, with Parliament voting earlier to adopt a report recommending expropriation of land without compensation.

The rand was choppy, earlier gaining 1% against the dollar, but was flat as the JSE closed.

Gold rises to more than one-month high on easing dollar

The dollar weakened against its main peers, as the thaw in trade tensions between Washington and Beijing supported investor confidence
Markets
3 years ago

SA claws its way out of recession with a 2.2% GDP leap

SA claws its way out of recession with a 2.2% GDP leap