The planet-friendly truck has a target range of over 1,000km per tank 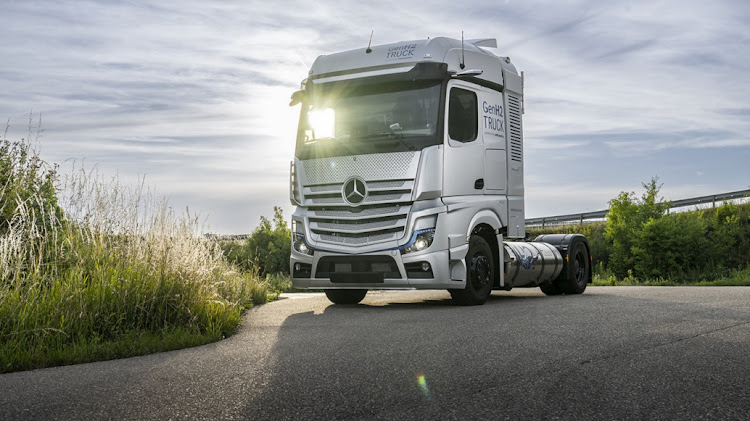 Liquid hydrogen powers an internal combustion engine much like petrol or diesel, but produces no CO2 emissions. Picture: SUPPLIED

Since last year, a Mercedes-Benz fuel-cell prototype GenH2 truck has been undergoing testing on the company’s in-house test track and on public roads.

On its path towards a CO2-neutral future, Daimler Truck is now putting another prototype truck into operation to test the use of liquid hydrogen.

The problem with liquid hydrogen is that it must be kept at minus 253ºC , which doesn’t make it very user friendly.

However, Daimler Truck believes liquid hydrogen is the best way forward due to it having a significantly higher energy density than the gaseous hydrogen used in fuel cells. It significantly increases range and enables comparable performance of the vehicle with that of a conventional diesel truck, says Daimler Truck.

Thanks to the good insulation of the vehicle tanks, the hydrogen can be kept at temperature for a sufficiently long time without active cooling, the company adds.

The development objective of the series-ready GenH2 truck is a range of over 1,000 kilometres, making it suitable for long-haul transport. 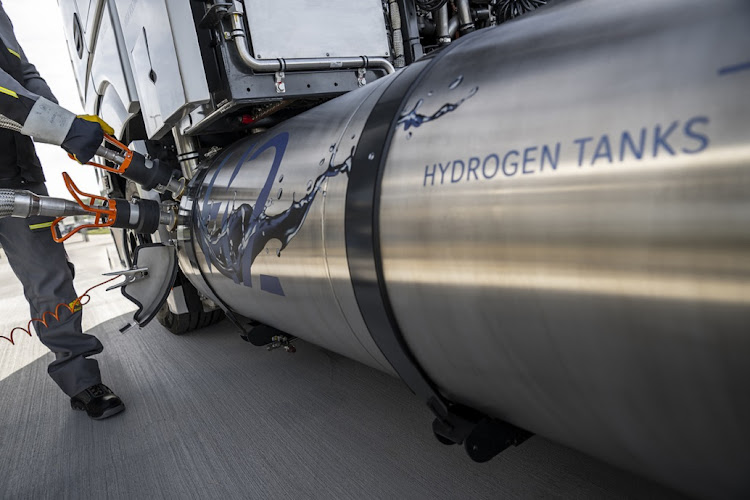 During the refuelling process, cryogenic liquid hydrogen at minus 253 degrees Celsius is filled into the truck's two 40kg tanks. Picture: SUPPLIED

The start of series production for hydrogen-based trucks is planned for the second half of the decade, says Daimler Trucks.

The truck not only requires special tanks on the side of the vehicle but also its own refuelling infrastructure – the hydrogen refuelling stations previously designed for commercial vehicles (pressurised refuelling at 350bar) are incompatible with the system. For this reason, Daimler Truck set up a dedicated prototype refuelling station in Wörth, Germany.

To build infrastructure for hydrogen filling stations along transport routes in Europe, Daimler Truck is planning to work together with Shell, BP and TotalEnergies.

Daimler Truck, Iveco, Linde, OMV, Shell, TotalEnergies and the Volvo Group have committed to work together to help create the conditions for the mass-market rollout of hydrogen trucks in Europe.