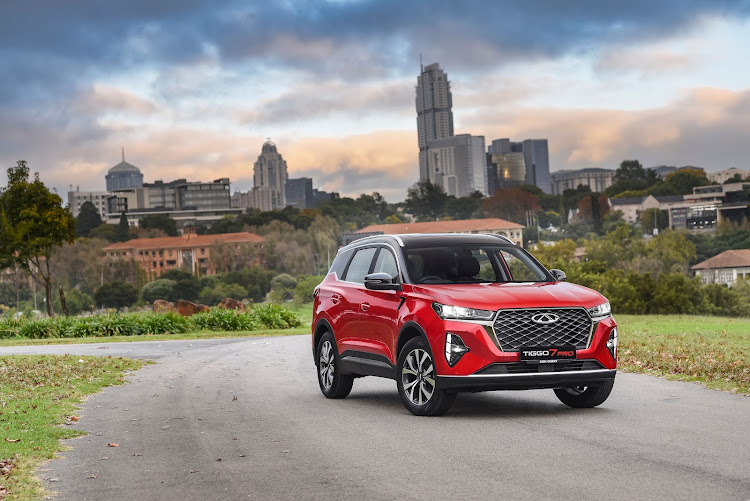 The new Chery Tiggo 7 Pro is available in seven colours at launch, including this red and black combination. Picture: SUPPLIED

Since the return of Chinese brand Chery to these shores in December 2021 the company has launched two of its three new SUVs — the Tiggo 4 Pro entry-level model and the Tiggo 8 Pro seven-seat flagship.

The new Tiggo 7 has arrived as the middle model. It’s available in two specifications, Distinctive and the Executive, and both carry four or five passengers, with a 475l boot with the seats up or 1,500l with the seats folded down. It is a rival to the popular Haval Jolion and H6 and a host of other mid-size SUVs in that crowded segment.

It has a wheelbase of 2,670mm, overall length of 4,500mm and a sizeable hexagonal grille with elongated front lights. At the rear is the trending rear light bar. The Tiggo 7 Pro also gets exclusive 18-inch alloy wheels and the Executive model also sports red brake calipers.

The interior digitisation comprises three digital screens. One is a 7-incher for the driver’s interest with all the driving information, the second being a larger 10.25-inch centre infotainment command portal where features such as Apple CarPlay, Android Auto and Bluetooth hands-free dialling are operated from.

The centre screen also works in conjunction with a surround-view camera for active graphics and a reversing function. All Tiggo 7 Pro models have wireless charging and ambient lighting as standard fitment. 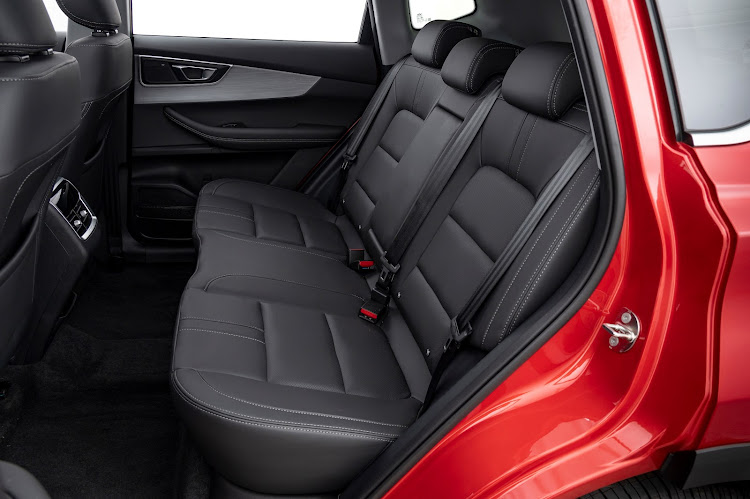 The interior has a premium look and feel while space at the back is quite generous. Picture: SUPPLIED

A third screen below the main digital hub serves to control the climate control. It is a multi-zone system fitted with surgical-level N95 air filtering, and it also powers the cooled central glove box.

Both models are powered by the same 108kW and 210Nm 1.5l turbo-petrol four-cylinder engine found in the Tiggo 4 Pro. It drives the front wheels and is mated to a CVT automatic gearbox exclusively. The results of this transmission are slightly blunted but still-brisk take-off speeds.

The ride quality is cushy on the highways, with notably low wind and tyre roar, pointing to how far the Chinese brands have sailed to reach mainstream levels of refinement. The running gear also proved efficient in keeping up with guided speeds, with no dip in speed when encountering steep inclines. The engine feels highly strung, which explains the high 10l/100km fuel consumption rating.

The big take away from the experience is that not only is the vehicle viable in the face of established rivals such as the Hyundai Tucson and Ford EcoSport, but how a new Chinese brand war has officially begun in SA. Chery is deliberate in wanting to muscle in on the Haval Jolion legions with competitive pricing and levels of technology and amenities, but with interior space that’s closer in size to the larger and more expensive Haval H6, Toyota Rav4 and many others in this burgeoning segment.

All Chery Tiggo 7 Pro models are sold with a five-year/60,000km service plan, a five-year/150,000km warranty and 10-year/1-million kilometre engine warranty with conditions. 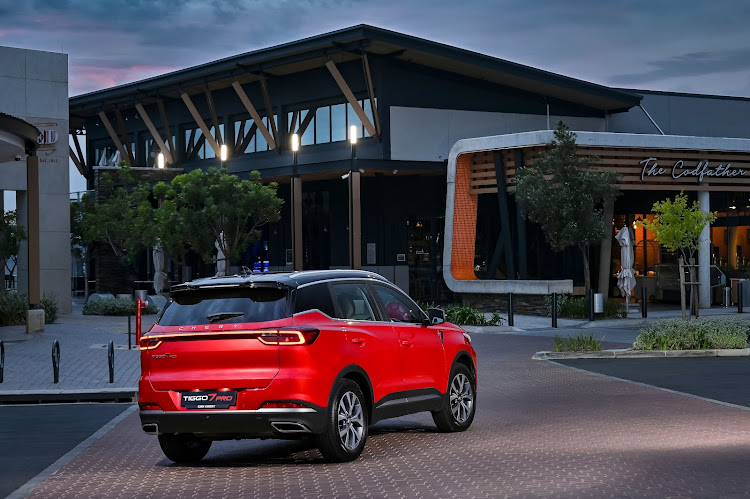 The car is quite practical for families with styling fit for the school-run catwalks. Picture: SUPPLIED

It looks like a prop from a sci-fi movie, but there’s substance under all that flash
Life
3 weeks ago

Toyota Rav4 hybrid gets twin-electric motors and a spec upgrade