The cars are much cheaper to drive compared with those with internal combustion engines, comparison shows 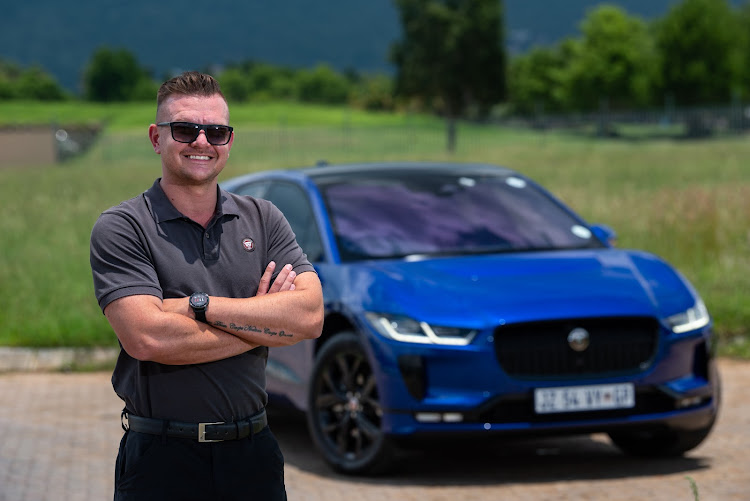 SA may be behind the curve regarding electric vehicle adoption, but as the shift to mainstream EV acceptance edges closer, more motorists are weighing up the pros and cons of electric vs petrol and diesel.

While there’s no denying internal combustion engine (ICE) cars still enjoy many inherent benefits, there’s one contest in which EVs have an indisputable advantage. They’re simply cheaper to run per kilometre. Much cheaper, in fact.

To prove the point, Jaguar SA sent one of its senior driving instructors on a weeklong mission to record and report the electricity consumption and cost per km (R/km) of a fully electric Jaguar I-Pace in a variety of real-world driving environments. Then, to weigh these costs against those of ICE vehicles, the brand has offered a simple formula for anyone to calculate what their current car costs are in comparison.

“We knew going into this test that ICE cars simply cannot compete with EVs on energy costs and rand per kilometre,” said Andrew Blane, senior instructor at the Jaguar Land Rover Experience Johannesburg.

Though the costs to fill EV batteries and ICE fuel tanks from empty is largely irrelevant to the R/km comparison, electric vehicles win this fight hands down too.

Assuming Blane was an actual I-Pace customer, and he recharged at home where it’s the cheapest and most convenient way to fill up, a full charge from zero percent would cost less than R200 based on his actual municipal electricity rates. ICE vehicle fuel tanks vary in size, but an SUV of similar size and performance can easily cost quadruple that, if not more.

“Jaguar quotes a maximum range of 470km on a full charge, and while this is certainly achievable with a light foot, I saw closer to 400km on average in the real world,” said Blane.

Where ICE vehicles suffer in slow-moving, stop-start traffic, it’s this environment where EVs hold an advantage. ICE cars will continue to burn fuel whether they’re moving or not, while EVs will consume almost no electricity at standstill or creeping in bumper-to-bumper traffic.

“The car’s trip computer registered an average electricity consumption of 22kWh/100km in heavy congestion, which, given my home electricity rates, equates to around 44c per kilometre,” said Blane. 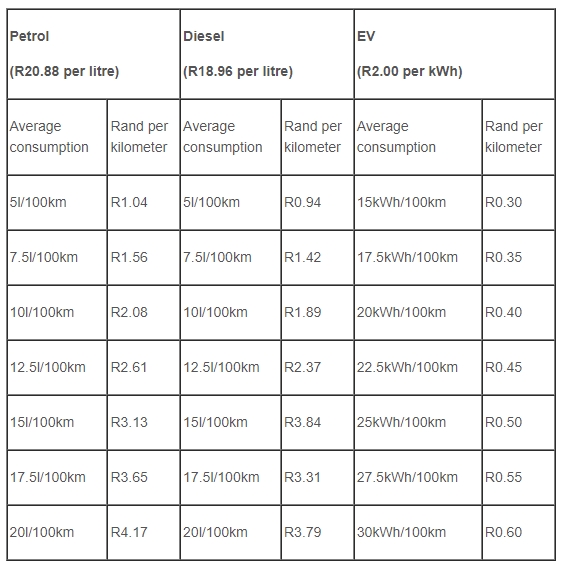 Converse to ICE vehicles, which are most efficient when cruising at low revs at high speed, EVs are least effective at steady speeds on the open road. Even so, the I-Pace returned 24kWh per 100km, equating to a cost per kilometre of only 48c.

Electric vehicles thrive in environments with a balance of relatively high speeds and frequent braking, such as along the main arterial roads in SA’s urban hubs or weekend jaunts to the country.

The I-Pace registered averages as low as 17kWh/100km in these environments, equating to a cost of only 34c per kilometre.

“Even outside this weeklong test period we’ve racked up thousands of kilometres in the I-Paces we have access to at Jaguar Land Rover Experience Johannesburg. I can safely say that in the real world this car averages around 22kWh/100km and this is a figure actual customers would likely see in the dashboard displays of their own cars,” says Blane.

“Simply put, the Jaguar I-Pace costs around 44c to drive per kilometre if charged at home and using the national household average of about R2 per unit of electricity.”

At current coastal prices, a litre of unleaded 95 petrol costs R20.88 and a litre of 50ppm diesel R18.96. To calculate your car’s cost per kilometre take the average fuel consumption on your trip computer in litres per 100km (l/100km), divide the figure by 100 and multiply the result by the cost of fuel per litre. For instance, a car that consumes 10l / 100km has a cost per km of R2.08.

We undertake a range-anxiety test by driving from Joburg to Durban in a Jaguar I-Pace, using not a drop of fuel
Life
2 years ago

Preparing for more EVs on our roads, AA technicians learn how to deal with them
Life
1 year ago
Next Article

The CityBug is SA's smallest and most affordable electric car

The CityBug is SA's smallest and most affordable electric car