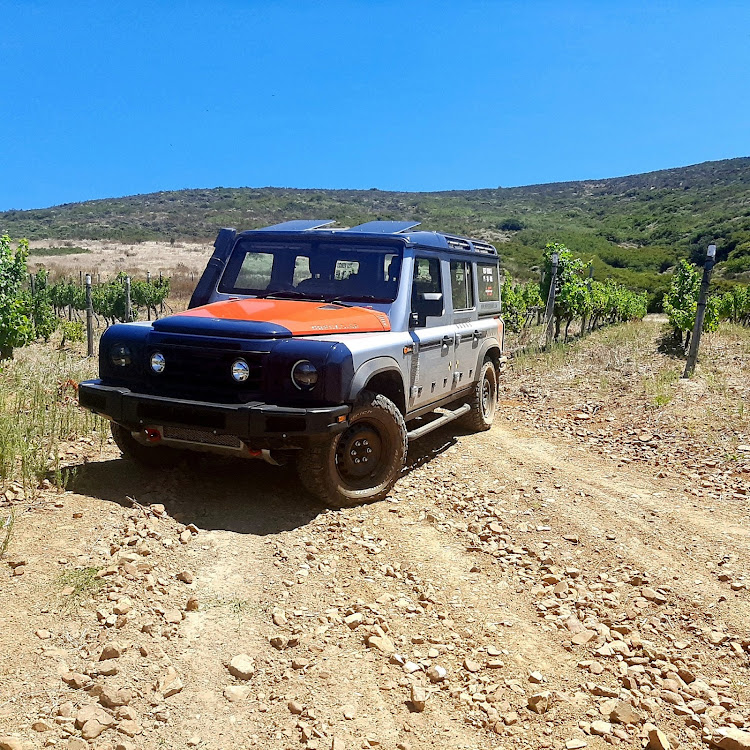 The Ineos Grenadier is a brand new option for those who take their 4x4 living seriously. Picture: PHUTI MPYANE

The similarity between the Ineos Grenadier and the Land Rover Defender is uncanny, and Ineos doesn’t beat about the bush in describing the form of the Defender as a perfectly executed piece to base its product on. This car exists because JLR rejected an offer by chemicals baron Sir Jim Ratcliffe for the rights to carry on building it when it ceased production in 2016, ending a 67 year legacy. He then went on to build his own vehicle.

There’s difference in most of the detail, which was also seen by a UK court when it ruled in favour of the billionaire in a trademark lawsuit brought by JLR. It too has the classic clamshell bonnet, but the snout tapers off, ending at a black bumper lip. The rest of the vehicle — the silhouette, the ladder frame chassis, and the ability to be fixed in the bush, all are pure Defender inspirations.

The Grenadier, which is named after an English pub, has plenty of distinctive innovation inside. This includes a functional rather than luxurious cabin festooned with chunky buttons on the dashboard and in the roof headline. There are buttons for everything — for diff locks, of which there are three: centre, front and rear, park assist, lights and much more.

Images of the production model cabin show a more decent execution that includes the option to cover the small and sporty-looking steering wheel and old-school hand brake lever with burgundy leather. Grenadier SA head Tim Abbott says it was Ratcliffe himself who prefers the analogue approach, citing better use in icy conditions while wearing gloves.

There’s no instrument binnacle ahead of the driver. Ancillary gauges and other smaller features are integrated into a centrally placed digital hub including the speedometer. “Sir Ratcliffe also wanted minimal distraction ahead of the drivers as they forge ahead inside forests,” informed our chauffeur. And can it really rival the old Defender for outright bundu bashing practicality? 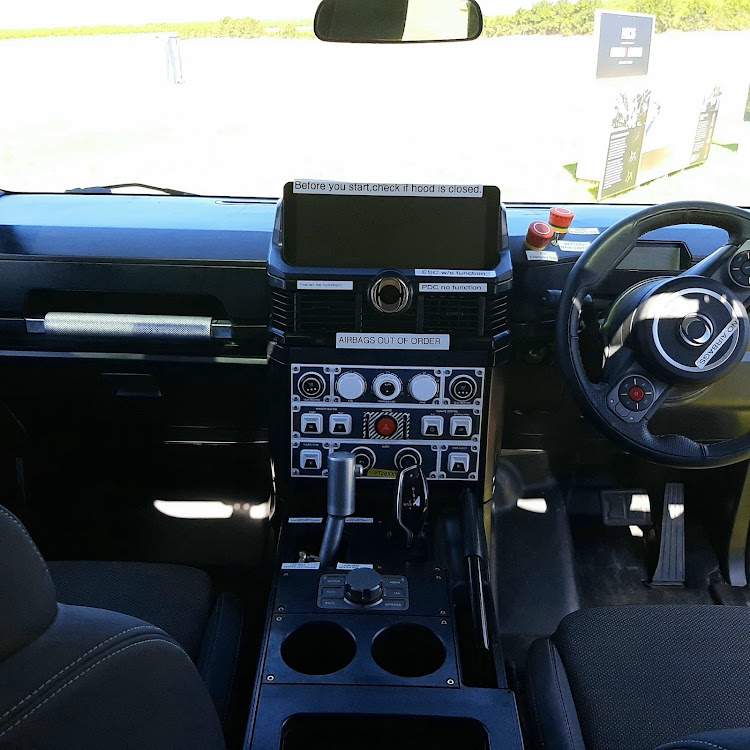 To set off you hit the starter button and select ‘Drive’ on a BMW gear lever. Two BMW-sourced 3.0l straight-six turbo engines are on offer — a 183kW and 550Nm diesel and a petrol with 285kW and 450Nm, presumably both from BMW’s 40d and 40i range. Both are mated to ZF eight-speed automatic transmissions.

A two-speed transfer case that’s actuated by the large metal lever allows for low-range gearing. It took time to acclimatise to the X5-esque engine noises, but once we hit some mildly challenging turf it was clear that the motor that’s described as the best diesel engine in some corners is a perfect fit for the Grenadier, which also features Carraro-built solid beam axles and a heavy-duty coilspring suspension.

It eased its way up craggy vineyard roads with ease in 4-hi range. Where the Grenadier also differs from its famous muse is in how incredibly comfortable and composed it rides on bad surfaces, and how quickly it can pick up speed.

The diesel engine dished out the torque for clambering in heaps, and it was in its usual element when the roads opened up. Final performance figures haven’t been published but it felt twice, maybe three times faster than any old Defender I’ve driven. While you might expect a wallowing, pitching and rolling tall tank through the corners and ruts, the Grenadier displayed pleasing balance and poise.

You can tell there are considered alterations to the Defender. For starters, the Grenadier is designed to carry 100kg on its roof, which is way more than the competition, and it has the option to fit a pair of removable glass ports above the front passenger heads should you want to have closer but safe encounters with nature.

There’s also readiness to line up jerry cans on its flanks, a step ladder at the rear, while there are inside load hooks on the B-pillars for securing carry-in luggage and, according to the company, there are plans to introduce a ‘shortie’ version, — à la Defender 90 and double-cab bakkie models.

Grenadier SA is also finalising three initial dealerships in Cape Town, Durban and Johannesburg in anticipation of the arrival of the cars in August 2022. Vehicle service will take place in-house and at selected BMW dealerships in Polokwane, Mbombela, Bloemfontein, George and Gqeberha.

Interested customers are invited to reserve their Grenadier for early access to the order book. Base pricing is R1,395,000. 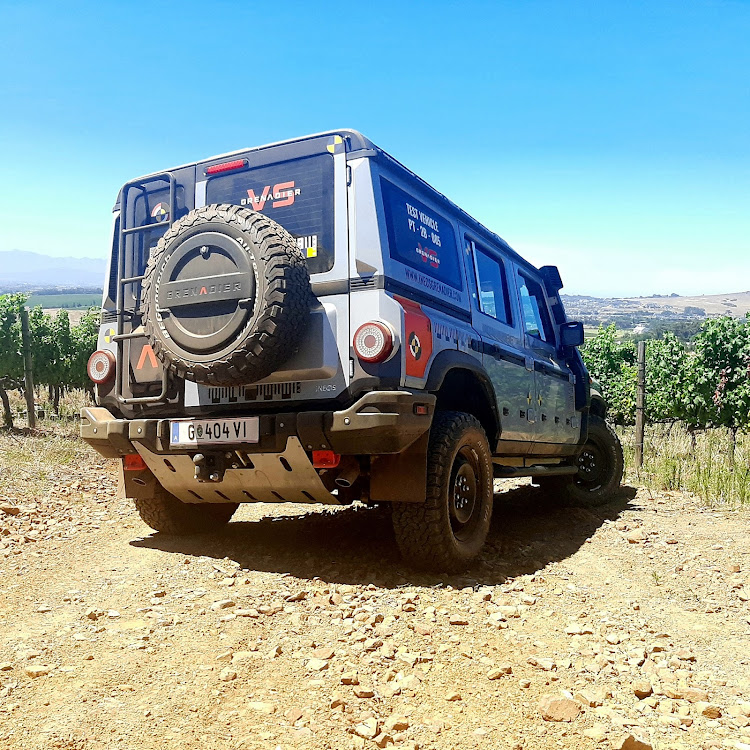 Ladders and rock sliders are a part of the Ineos Grenadier 4x4 arsenal. Picture: PHUTI MPYANE

The 90 is a Defender of ruggedness and urban cool

This may be a shock to the system but the EQG could be the ultimate off-roader, says Mercedes-Benz
Life
8 months ago
Next Article