This may be a shock to the system but the EQG could be the ultimate off-roader, says Mercedes-Benz 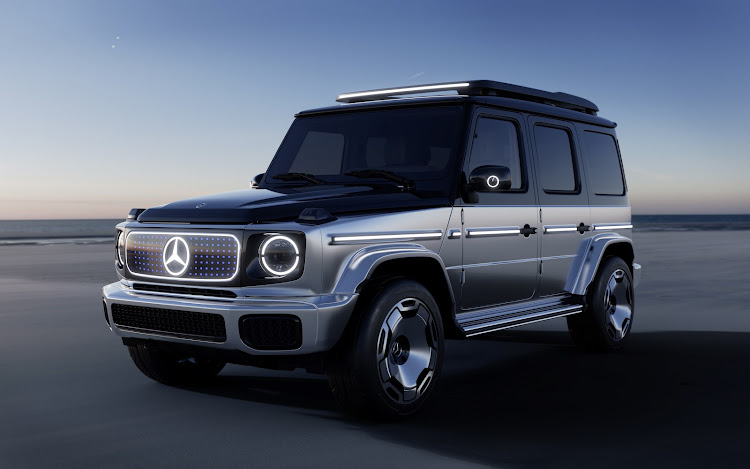 Mercedes-Benz’s mission to electrify its vehicles has arrived in the boxy shape of the G-Class.

The company showcased the Concept EQG which, it says, provides a preview of the all-electric version of the off-roading icon, which is the longest serving member of the Mercedes-Benz family and has been in production since 1979.

The Concept EQG follows the angular design tradition and retains much of its iconic elements such as the round headlights and the blinkers atop the front, while a 3D animated pattern recreates the radiator grille and the star.

The Concept EQG rides on 22-inch wheels and, instead of the usual spare wheel cover, there is a lockable box with white illuminated accents on the rear door, the design of which is reminiscent of a wallbox. This could be used to store the charging cable within easy reach, says Mercedes-Benz.

For outdoor practicality the car is fitted with a flat roof rack in high-gloss black with a white LED strip integrated into the front edge to create a searchlight.

The company says the new model is not merely an aesthetic link with the history, but will remain an uncompromising off-roader. Its body is based on the ladder frame chassis of regular models with independent suspension on the front axle and a rigid axle at the rear. Four electric and individually controlled motors and a shiftable two-speed gearbox will offer the expected off-road driving prowess.

Mercedes-Benz doesn't provide output figures, but it says the enormous pulling power promised by the electric drive will be advantageous on steep slopes and deep terrain, and thus the fully electric G-Class will face the daunting Schöckl mountain test track in Graz, Austria.

The EQG will also be adorned with the “Schöckl proved” quality certificate that is obligatory for the 463 series, promises Mercedes-Benz.

“We're travelling into the future with the new EQG. For us, the most important thing was to keep the full G-Class DNA but beam it into the EQ age: Like the G-Class but different,” says Gorden Wagener, chief design officer at Daimler Group.

“Wherever market conditions permit, Mercedes-Benz will be ready to go fully electric by the end of the decade. We want to inspire our customers to switch to electric mobility with convincing products and an icon like the G-Class fulfils this task perfectly,” adds Markus Schäfer, COO of Mercedes-Benz cars 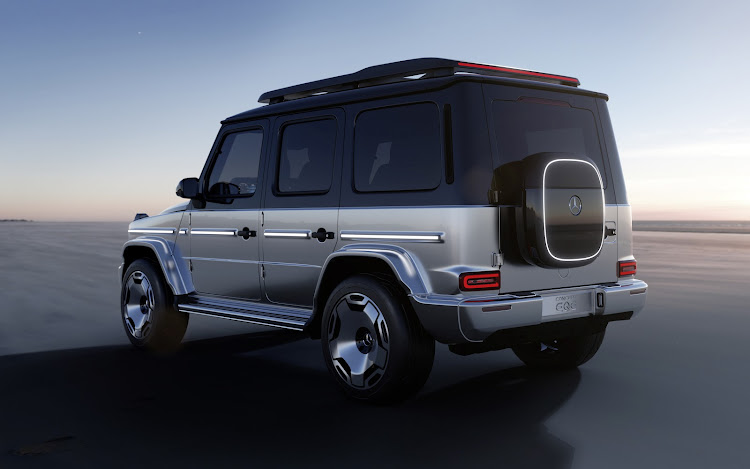 That's no square spare wheel. It's a lockable box for the storage of charging cables. Picture: SUPPLIED

Volts and a V8: a tale of two Defenders

Volts and a V8: a tale of two Defenders