It's been a long wait but VW's hot hatchback finally arrives in SA, and it's cheaper than its rivals 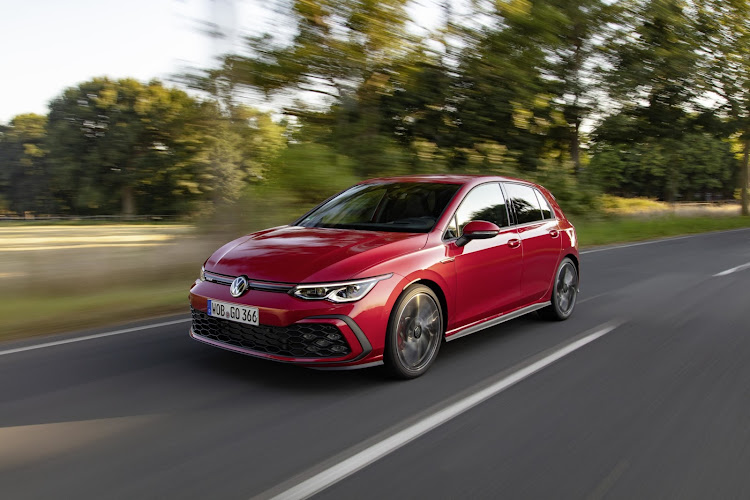 Local fans of the Volkswagen Golf GTI have been awaiting the car since its global unveiling in March 2020, but its local introduction was delayed by the Covid-19 pandemic.

It is now finally ready to reach our shores, with Volkswagen SA confirming the eighth-generation GTI will hit local showrooms in September, in a single model priced at R669,300.

That’s a R33,400 premium over the outgoing seventh-generation GTI which has been with us since 2013, but undercuts the R699,900 price of the Hyundai i30N and the R687,418 of the BMW 128ti — the new GTI’s only two direct rivals after the Renault Megane RS was discontinued.

With sales of medium-sized hatchbacks experiencing a sharp decline as car buyers have moved en masse to SUVs and crossovers, the GTI will initially be the only variant of the Golf available locally as this iconic high-performance version attracts the highest demand.

The more powerful Golf R version will follow at a later date, and further down the line there may also be Clubsport and TCR derivatives, as with the previous GTI.

The most digitally advanced Golf GTI wields 11kW more power and 20Nm more torque than its predecessor, with the 2.0l turbocharged engine making peaks of 180kW and 370Nm. Paired with a seven-speed dual clutch transmission, the car takes a claimed 6.4 seconds to scoot from 0-100km/h and top speed is electrically restricted to 250km/h.

Volkswagen’s launch plans for the Golf 8 GTI includes countrywide customer events which will allow enthusiasts to be among the first to experience the car.

And no, the plaid cloth seats favoured by some GTI enthusiasts won’t be available in SA. Leather comes standard.

For budgets that fall below M car levels, this front-wheel-drive BMW hot hatch fits the bill
Life
5 months ago

VWSA confirms the high-spec package, but not the price, of its eighth-generation hot hatch
Life
5 months ago