‘From previous experience of this wine, this particular bottle seems more evolved than I would expect from a 21-year-old bottle of Petrus 2000’ 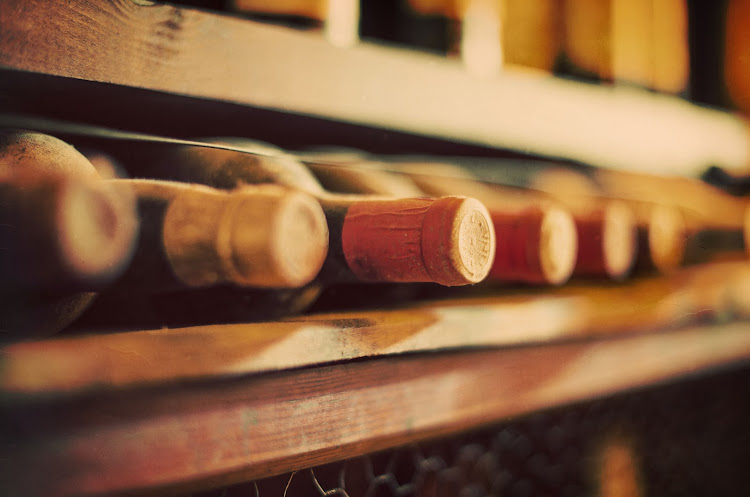 Los Angeles — A space-aged bottle of fine French wine, part of a case of Bordeaux that was literally matured in Earth’s orbit for 14 months, is being put up for private sale by Christie’s, and the auction house estimates it may fetch up to $1m.

The unprecedented offering of the 2000 vintage Petrus, an exclusive, world-class red produced from Merlot grapes in the Pomerol wine-growing region of Bordeaux, was announced in London on Tuesday.

“This bottle of Petrus 2000 marks a momentous step in the pursuit of developing and gaining a greater understanding of the maturation of wine,” Tim Triptree, international director of the auctioneer's wine and spirits department, said in a statement.

Proceeds will go to the private European rocket company Space Cargo Unlimited, which launched 12 bottles of Petrus 2000 on a voyage to the International Space Station in November 2019, part of a series of experiments in viticulture and microgravity.

The dozen bottles of Petrus were shuttled back to Earth from the space station in January this year aboard a SpaceX cargo capsule after spending nearly 440 days, or about 300-million kilometres, in orbit.

The wine returned to Bordeaux, where a bottle was opened for a blind taste test at the Institute for Wine and Vine Research by a dozen leading connoisseurs, who compared it with controlled samples of the same vintage Petrus that had stayed on Earth.

The experts, including Jane Anson, a writer for the wine magazine Decanter, reported a subtle but clear difference between the two.

“From previous experience of this wine, this particular bottle seems more evolved than I would expect from a 21-year-old bottle of Petrus 2000,” Decanter quoted Anson as saying.

“It is beautiful and nuanced, with fine tannins and a sense energy.”

She rated both samples 98 points.

Christie’s said it was making available an unopened bottle of the space-aged collection for immediate purchase through its private sales, along with a matching bottle of the original Earth-bound Petrus 2000, plus a decanter, a set of glasses and a corkscrew fashioned from a meteorite.

Decanter said Christie’s confirmed the offering was expected to fetch a sale price about $1m. That would be major markup, even by the high-flying standards of one of the world's most prestigious wines.

The main event on October 3, despite being hosted online this year, will not fall short in highlights
Life
8 months ago

The lowdown on a lockdown whisky collection

MICHAEL FRIDJHON: Farewell to the father of the wine investment market