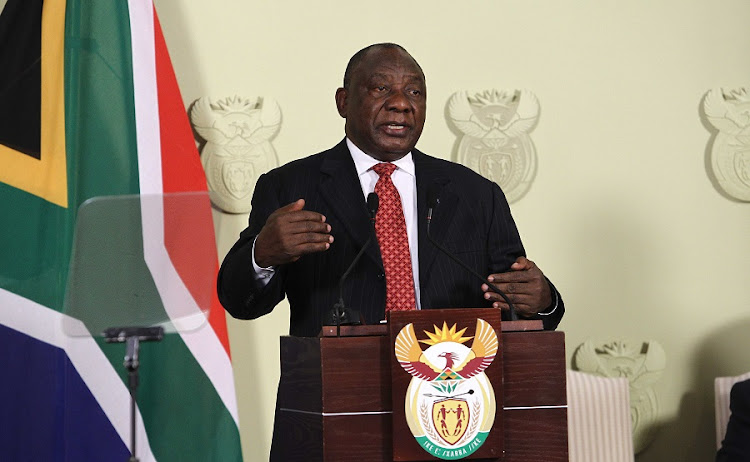 The presidency said on Friday that the panel would advise the IMC on a broad range of policy matters associated with land reform, including restitution, redistribution, tenure security and agricultural support.

Land and agrarian reform has been in the spotlight this year as parliament’s constitutional review committee has been grappling with if the so-called property clause in the constitution should be amended to allow for expropriation without compensation.​

The panel will be chaired by social entrepreneur and public policy and development planning specialist Dr Vuyokazi Mahlati‚ who is serving her second term as a member of the National Planning Commission of SA. Mahlati is also president of the African Farmers Association of SA (Afasa).

Mahlati will lead the panel of nine other experts:

• Prof Ruth Hall: a researcher and professor at the University of the Western Cape’s Institute for Poverty‚ Land and Agrarian Studies

• Bulelwa Mabasa: an admitted attorney with experience in matters of land restitution and reform

• Thandi Ngcobo: CEO and founder of the Dr J L Dube Institute of the University of KwaZulu-Natal

• Wandile Sihlobo: head of research at the Agricultural Business Chamber of SA and is an independent agricultural economic advisor to Afgrain Food Group

• Nick Serfontein: chair of the Sernick Group and 2016 Free State Farmer of the Year

"The panel is expected to provide perspectives on land policy in the context of [persistent] land inequality‚ unsatisfactory land and agrarian reform and uneven urban land development. The panel is mandated to review‚ research and suggest models for government to implement a fair and equitable land-reform process that redresses the injustices of the past‚ increases agricultural output‚ promotes economic growth and protects food security‚" the presidency said.

Ramaphosa first announced the appointment of the 10-person panel in an address on the economic stimulus package in Pretoria on Friday morning, in which he emphasised that agriculture has "massive potential" for job creation in the immediate and long term.

“The interventions we have identified will include a package of support measures for black commercial farmers so as to increase their entry into food value chains through access to infrastructure, such as abattoirs and feedlots.”

Furthermore, said Ramaphosa, blended finance will be mobilised from the Land Bank, Industrial Development Corporation (IDC) and commercial banks. “The Land Bank is currently concluding transactions that will create employment opportunities in the agricultural sector over the next three to five years. A significant portion of the funding will go towards export-oriented crops that are highly labour intensive. Government will finalise the signing of 30-year leases to enable farmers to mobilise funding for agricultural development.”

Ramaphosa concluded: "Although the members of the panel are drawn from very different backgrounds‚ with different areas of expertise and perspectives‚ they are united by a shared vision of a just and equitable future for all South Africans.”

The president has announced a plan to kickstart the economy. Here are the main points he made
Economy
3 years ago

Announcing measures to stimulate the economy, Ramaphosa made unpopular decisions. Now he must follow through
Opinion
3 years ago
Next Article