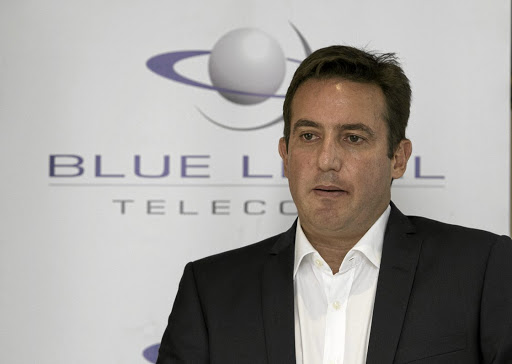 Shares in Blue Label Telecoms ticked up slightly on Wednesday, continuing an upward trend for the week that suggests investors are not worried about revelations about dishonest dealings that have seen executives get their marching orders at the group.

Earlier this week, Tech Central reported that Blue Label — which specialises in selling prepaid airtime, electricity and ticketing — had suspended two senior executives pending an investigation into possible irregularities, the details of which have not been disclosed.

When approached by Business Day, Blue Label confirmed that “certain unlawful conduct has recently been uncovered” in one of its subsidiaries and that “the matter is internal”.

The response from market players has been muted, the stock rising just under 4% since the start of the week. On Wednesday, shares in Blue Label — which recently secured funding from various banks to recapitalise mobile operator Cell C — closed 0.68% firmer at R5.90.

Perhaps the group’s saving grace is that according to Levy “the amount involved is not material for the group”. Of course that will be fully determined once full details of the investigation have been public.

The group “has been successful in the first step of the legal proceedings and is in the process of progressing multifaceted legal steps against those responsible,” said Levy.

In recent years fellow technology player EOH has seen its share price plummet more than 90% as a result of a corporate governance scandal.

EOH has been fighting to regain credibility after revelations of a corruption scandal surfaced. In September 2018 the group brought in Stephen van Coller as CEO to turn around the group. Van Coller appointed law firm ENSafrica to investigate allegations of fraud and corruption. The investigation found underhand dealings with its government client, including transactions worth more than R600m with no evidence of valid contracts being in place or for which no work was done.

With a lot of work having been done to correct the wrongs of its previous management, including a case brought against former CEO Asher Bohbot and others for closing their eyes to a culture of corruption and financial irresponsibility, the group is now looking to head down a growth path, having recently reported its first operating profit since the old regime stepped down.

Government dealings have also not been kind to another technology group, Altron, as it kicked out a number of executives in its Nexus division in late 2019 due to an investigation related to a public sector contract in Limpopo.

Other companies that have been caught up in dodgy practices include Steinhoff and Tongaat Hulett.

The company says the increase in earnings is primarily attributable to the disposal of its 47.56% interest in Blue Label Mexico
Companies
10 months ago

Blue Label Telecoms says it has been resilient amid Covid-19

Headline profits were largely flat in the group's six months to end-November, although earnings per share got a boost from a disposal
Companies
1 year ago
Next Article