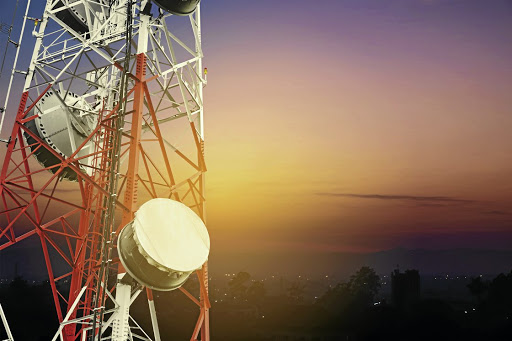 MTN has opposed claims that it is working to hurt competition in the local market.

SA's second-biggest mobile network operator's representatives were speaking at the second day of the Independent Communications Authority of SA’s (Icasa’s) public hearing into mobile broadband services. The hearings are aimed at the possible implementation of regulations to further lower broadband prices.

With a lack of spectrum in the market, Telkom had said on the first day of the hearings the two big operators had entered roaming and network-sharing deals with Rain, Liquid Telecom and Cell C under the guise of collaboration but which benefited Vodacom and MTN.

Moses Mashisane, general manager for regulatory affairs at MTN, told the Icasa committee overseeing the investigation that “the issue for us when it comes to fixed convergence is ... you read in the newspapers, and everywhere, Telkom making this point that they are the smallest in the market. This is not how we view it.”

“When we look at Telkom, it’s roughly the same size as MTN, if you talk of revenue. What normally happens is that MTN gets in on the bad side of things, where we are always compared to Vodacom. We’re not even half the size of Vodacom, but in all the regulations we have seen we’re all put in the same basket, as if we’re Vodacom. Vodacom is clearly the leader in this market and Telkom is not a small operator.

“The thing about Telkom coming to you [Icasa] and saying they’re small is that they don’t tell you about their fixed line, which is very useful when it comes to broadband. I think it’s unfair. The ideology of saying MTN and Vodacom are similar or the same size, the same mistake which was made by the Competition Commission, we clearly see serious problems with that and hope it can be addressed,” Mashisane said.

MTN's stance comes a day after Telkom made its arguments to Icasa, saying network-sharing agreements between Vodacom and MTN were there to give them access to extra spectrum, thereby further entrenching their dominant place in the market.

The hearings follow the completion of a market inquiry in 2018 which identified that there may be a need for a review of the mobile broadband services segment. Mobile operators and industry bodies are presenting cases to Icasa on how the market can be improved.

The high cost of data services in SA remains a concern for consumers and business, while competition between operators should mean that users get larger data bundles but do not pay more, says Icasa.

Cell C, the country's fourth-biggest mobile network operator, also found itself in a defensive position on the day. A number of industry players, including the Internet Service Providers' Association, have said its decision to no longer build and use its own network towers, together with its roaming agreement with MTN, means Cell C is now a mobile virtual network operator like FNB Connect or Virgin Mobile, but at a much larger scale.

Cell C has access to some lucrative spectrum, which refers to the radio frequencies on which data and information are carried. As part of its new strategy it will use MTN’s facilities with its own spectrum in an effort to improve its network quality and greatly reduce capital expenditure.

Cell C's regulatory executive head, Themba Phiri, said the company was still a mobile network provider as it had control over its network, use of its spectrum assets,  independently direct network investment and also  decide on its product offerings independently, among a number of reasons.

Network-sharing agreements between the two big operators, Vodacom and MTN, further entrench their place in the market, regulator is told
Companies
10 months ago

Rain has a lease agreement for using Vodacom’s network towers, while Vodacom has a roaming agreement to use Rain’s 4G network
Companies
11 months ago
Next Article