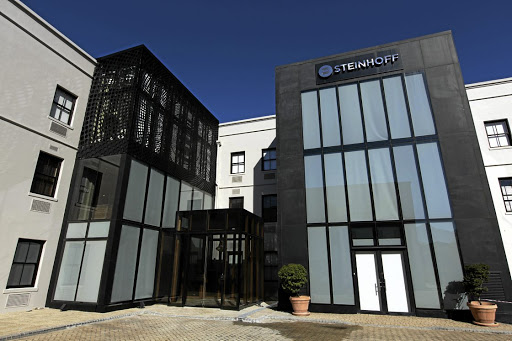 The much-delayed and highly anticipated publication of Steinhoff’s 2017 financial accounts on Wednesday showed that the company’s assets dropped by about a quarter of a trillion rand in the wake of what turned out to be SA’s biggest corporate scandal so far.

After the write-down of assets allegedly as a result of fraud perpetuated by executives, the company, once the world’s second-largest furniture retailer, was left with a €4.03bn (R64bn) loss. This is a swing of nearly €5.5bn over the previous period, and translates to a loss per share of €0.96.

Steinhoff shares were down more than 6% in Frankfurt by 12.10pm SA time on Wednesday, giving it a market value of about €491m. The shares were not trading on the JSE due to a public holiday as the country held elections. It is down about 90% since the scandal broke in December 2017.

Steinhoff is worth a fraction of the legal claims it faces, including one of R59bn from its former chair Christo Wiese. The results will give claimants a better picture of the true state of the company’s finances.

The publication of the 2017 results, which follows the release of an overview of a PwC probe into Steinhoff in March, comes 17 months after Steinhoff shocked markets by admitting to accounting irregularities. That came after its previous auditors, Deloitte, refused to sign off on the numbers, sparking a slide in the shares that has wiped off more than R200bn of the company’s value.

Then-CEO Markus Jooste resigned in the wake of the scandal, only admitting to have made some “mistakes”.  PwC’s 15-month forensic investigation found that a group of executives, aided by others from outside the company, had structured deals that artificially boosted profit and the value of its assets.

Steinhoff has declined to publish the full PwC report, instead opting to provide an “overview” of its findings in March that revealed fictitious and irregular transactions of about R106bn. Under pressure from MPs, Steinhoff CEO Louis du Preez would later name eight individuals blamed in the report.

Four of those named were Steinhoff executives, including Jooste; Ben la Grange, the previous CFO; Stehan Grobler, who headed the treasury division; and Dirk Schreiber, CFO of the European division.

The results published after SA markets had closed on Wednesday, showed that the balance sheet was €14.6bn smaller than the one published in 2016, which was subsequently withdrawn. Total assets shrunk to €17.5bn from €32.1bn.

The biggest restatements of balance sheet items were to goodwill, intangible assets, and property, plant and equipment, which were reduced by a combined €10.9bn.

In a written update to parliamentary committees, Godfrey Lebeya says a draft application for their appointment had been compiled
National
1 year ago

You’d want to believe that nothing like Steinhoff could happen again. But if you can’t spot where you went wrong, you could end up there again
Opinion
1 year ago