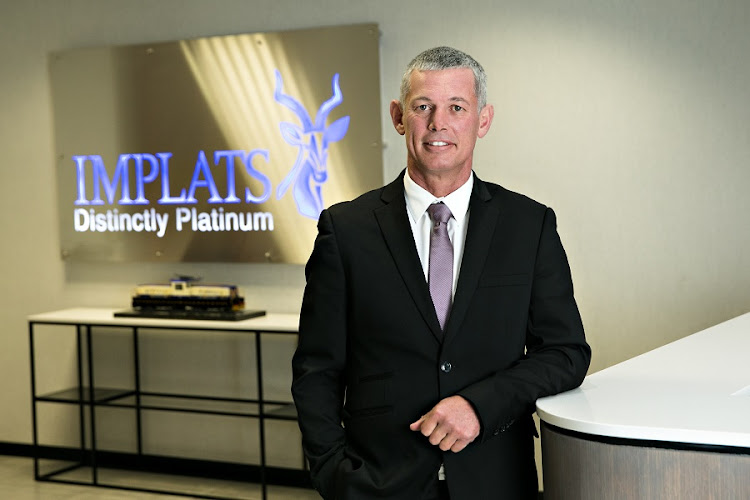 Impala Platinum, SA’s third-largest source of platinum group metals (PGMs), sees future growth coming from its assets in Zimbabwe and Canada, says CEO Nico Muller, while advising the market this is not the time for mergers and acquisitions.

Implats, which owns 87% of ASX-listed Zimplats, the biggest miner in Zimbabwe, is building the Mupani shaft to replace two older shafts, and plans to build a third concentrator in the country, using second-hand equipment in SA, to accommodate extra ore from the new shaft.

Implats will grow production from its Zimbabwean subsidiary by 14% with the coming into production of the Mupani shaft and the completion in 2022 of the third concentrator, in which it is investing $36m (R600m).

Zimplats generated 597,000oz of six PGMs in concentrate during the 2020 financial year.

The situation in Zimbabwe, however, precludes any major investments in new projects in the country, he said.

“We would be cautious about investing significant growth capital in Zimbabwe at the moment. We would like to see a more stable regulatory and policy environment,” he said. 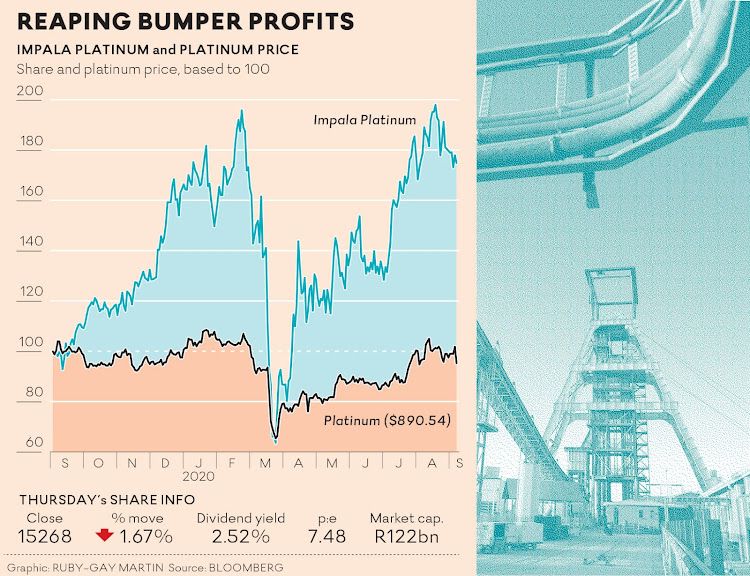 “Our highest growth opportunities are in Zimbabwe and Canada. We probably would, at the right time, consider potential processing capacity in Zimbabwe as a means of promoting potential further growth in the future,” he said.

In Canada, its newly acquired mining operations will switch to a higher proportion of better grade ore from underground mining instead of open pit material as the crushing and milling circuit is optimised to handle 12,500 tonnes of material a day from 10,000 tonnes now, Muller said.

There is no prospect of mergers and acquisitions, certainly not in SA Muller said, noting Implats will spend capital on its existing 20 shafts to upgrade them and extend their lives.

Implats will close one old shaft before the end of 2020 because it had depleted its ore body, he said. Its Number 1 shaft near Rustenburg had a three-year life but that could be increased to eight years if the board decided to invest in underground development.

Implats returned to chunky dividends after a six-year break despite losing R4.9bn in revenue to disruptions from the Covid-19 pandemic during the year to end-June. It reported an after-tax profit of R16.5bn compared to R1.2bn the year before.

Implats reported that sales of the six metals it produced fell by 8% to 2.8-million ounces because of the restrictions around mining operations in SA and Canada to contain the pandemic.

Implats expects its 2021 refined production, which will include the release of inventory, to be between 2.8-million and 3.4-million ounces.

Free cash flow of R14.4bn was generated during the 2020 financial year after Implats invested R4.2bn in its 20 shafts. It was left in a net cash position of R5.7bn at the end of the year.

Group revenue jumped 44% to R69.9bn, with the rand price received on the six metals produced increasing by nearly 60% to R24,863/oz, as the dollar price of these metals rose and the rand weakened.

Implats bought the Canadian assets for R10.9bn in cash and debt, with R3.7bn of debt remaining related to the transaction.

“If palladium prices continue to rise, we anticipate paying down that debt as soon as possible. Then we’ll start repatriating funds to Implats to recover our initial capital investment in the entity,” said Implats CFO Meroonisha Kerber.

Implats wants to have R20bn cash on its balance sheet to accommodate vagaries in the global market for PGMs and operational upsets, Kerber said. It has R13.3bn in the bank now, up from R8bn a year earlier.

The buyback, aimed at reducing debt and interest payments, has been capped at $1.9bn, excluding interest
Companies
7 months ago
Next Article

Sibanye pays dividend on record results and best ever normalised earnings of ...

Sibanye pays dividend on record results and best ever normalised earnings of ...