Barrick swims against rising tide of resource nationalism in Zambia 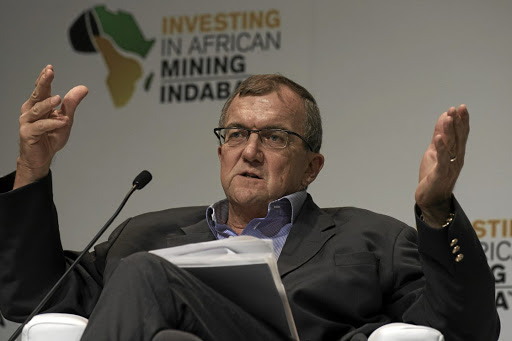 And while Lumwana is not for sale at the moment, it would have to be considered given the “challenging conditions” in Zambia, according to Willem Jacobs, Barrick’s COO for Africa and the Middle East.

Barrick’s Lumwana woes form part of a trend of resource nationalism which is taking root in a number of African countries such as Zimbabwe, the Democratic Republic of Congo, and now Zambia.

In dire need of more revenues, the Zambian government announced a raft of reforms in September last year, including new mining duties, increased royalties and replacing VAT with a sales tax.

The Zambian Chamber of Mines has however warned that the changes would cause 58% of copper mines to be lossmaking at current prices and could lead  to  about 21,000 job losses.

Unlike outright nationalisation, where governments simply  seize control of mines, the phenomenon of resource nationalism manifests in various ways including higher royalties and taxes and the introduction or increase of compulsory minimum quotas for ownership, says Peter Leon, partner at global law firm, Herbert Smith Freehills.

It has become a growing concern for investors in Africa, with the worst case being Tanzania, where severe regulatory changes have been made with little to no public participation.

Barrick is also invested in Acacia Mining in Tanzania and this month said it would consider selling its 64% stake in the operations to end an almost two-year long tax dispute with the government.

“The advanced stages of the resource nationalism cycle typically manifest when the price of natural resources experience a sustained upward trend. It is in these circumstances that host states seek to maximise control over natural resources,” says Dr Sangwani Patrick Ng’ambi, head of the public law department at the University of Zambia.

“In this instance we have seen the price of copper experiencing a sustained upward trend. The perception in these circumstances is that mining companies are making windfall profits — that is profits through no real effort of their own. As such the Zambian government wishes to maximise its ‘share of the rent’ so to speak.”

Resource nationalism can be dangerous where the host state unilaterally cancels contracts or alters its mining or economic policy without any kind of consultation with the parties that will be most adversely effected by any such decisions, Ng’ambi says.  “Companies cannot thrive in a mercurial environment.”

What is needed is a clear policy to enable mining companies to plan. And the imperative of taxing mines effectively must be balanced with the investor’s legitimate expectation to make a profit from funds invested, he says.

In a Barrick statement, Jacobs says the company  is mindful that the Zambian government is under pressure to increase its revenue but the proposed changes to taxes and royalties would “imperil the mine’s ability to sustain returns to all stakeholders, such as the significant contribution of more than $3.3bn it has already made to the Zambian economy over the past 10 years”.

Barrick recently completed a deal with Randgold Resources to form the largest gold mining company in the world. Analysts expect the merged company will now look to sell off some of its non-core assets and some have flagged Lumwana as the largest among the potential asset sales.

But Barrick says Lumwana has not been sold. Instead,  it has made detailed proposals to the Zambian government about a partnership approach which would provide the state with an improved share in the economics of the mine, without overburdening it.

“Finding a win-win solution between the industry and government would without doubt increase investor confidence in Zambia and safeguard the long-term prospects of its mining industry,” Jacobs says.

Gold has been the traditional safe haven for millennia, and current circumstances may well be fortuitous for the Barrick-Randgold merger
Opinion
3 years ago