By selling its 6.8% stake in Wallbridge, Lonmin is ensuring a stronger balance sheet and a tidier company for the new owners 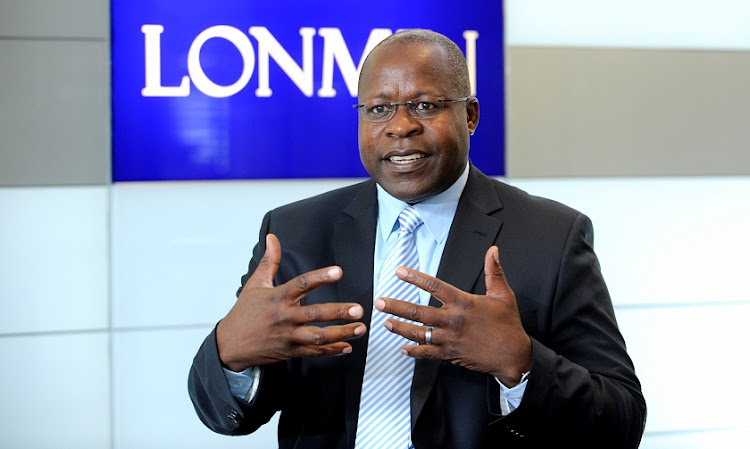 As the takeover of Lonmin by Sibanye-Stillwater draws closer, the world’s third-largest platinum miner continues to tidy its investment portfolio and add cash to its balance sheet.

Lonmin has agreed to sell its 6.8% stake in Canada’s Wallbridge Mining for $4m to Eric Sprott, who will now hold more than 16% of the exploration and mining company through one of his companies.

Lonmin is the subject of a friendly all-share takeover bid by Sibanye, with key conditions including approval from SA’s Competition Tribunal following a highly conditional recommendation from the Competition Commission, yes votes from shareholders in both companies and court approval in the UK.

Both Lonmin CEO Ben Magara and Sibanye CEO Neal Froneman have recently said they expect the transaction to close before the end of 2018, creating one of the world’s largest PGM companies behind Anglo American Platinum.

Lonmin sold a gold asset in Kenya in 2016 for $5m. It then sold its exploration assets in Northern Ireland for $100,000 and an annual 2% net smelter payment in a 2017 transaction. More recently it has started the sales process of its 50% stake in Petrozim Line for $14.75m to National Oil Infrastructure Company of Zimbabwe.

The sale of the Wallbridge stake in which has joint ventures exploring for nickel, copper and platinum group metals in Canada comes as Wallbridge noted in a number of annual and quarterly reports that London- and Johannesburg-listed Lonmin was falling behind in exploration payments to retain options to secure large stakes in the projects.

Lonmin is working on a tight budget at its SA mining footprint and it has to repay a $150m loan on conclusion of the Sibanye transaction. If the deal fails, the banks will call in their loans, leaving the platinum miner with limited cash resources that would barely cover monthly stay-in-business demands.

By cleaning up the Lonmin portfolio, the board ensures a stronger balance sheet and a tidier company for the new owners. It also removes expenditure not directly related to producing assets.

Wallbridge said in its March 2018 quarterly update that it was in its third year of a four-year exploration programme in the Sudbury Basin in Ontario, Canada.

Lonmin could have secured 50% of the Parkin exploration project by funding $11m of an exploration programme before September 2019. The payment included refunding Wallbridge for buying SA’s Impala Platinum’s stake in the prospect.

There were other exploration projects in the Sudbury Basin in a second joint venture with Lonmin.

“At September 30 2017, Lonmin did not meet the minimum funding requirements to maintain their options under the Sudbury Camp and North Range Joint Venture agreements and subsequent amendments, with a shortfall of approximately $1.2m,” Wallbridge said.

By tweaking the agreements, expenditure for that year would be rolled over into the next year’s exploration expenditure and that $750,000 would be spent in the first nine months of the year on exploration, with Lonmin retaining its options under the joint venture agreements.

Lonmin has subsequently sold its stake in Wallbridge.

Key assets in the Lonmin takeover are its concentrators, smelters and refineries, which give Sibanye the rare advantage of being a mine-to-markets ...
Companies
3 years ago

Sibanye-Stillwater miners get permission to strike over wages