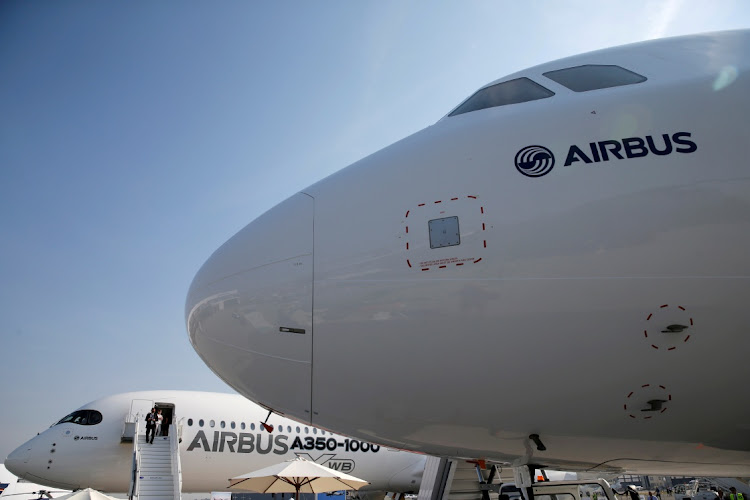 Airbus  raised its guidance for profit and aircraft deliveries, and said on Thursday it would build a new freighter in a sign of rising optimism that demand is rebounding from the coronavirus pandemic.

The European planemaker expects to hand over 600 jets in 2021, helping to lift adjusted operating profit to €4bn — double the previous target — it said in a statement.

Airbus will offer a cargo version of its modern A350 wide-body as it seeks to dent US rival Boeing’s advantage in the segment.

The latest figures confirm a strengthening aerospace recovery after Boeing posted its first profit in almost two years on Wednesday. Airbus had earlier been more cautious, targeting at least 566 handovers this year as the aviation industry recovers from its worst-ever crisis. The revised goal, while 30% below 2019’s peak, indicates carriers are firmly in recovery mode after the manufacturer spent months working to fend off order cancellations.

“We continue to work with suppliers and customers to navigate the pandemic, but we begin to see an improving environment,” CEO Guillaume Faury said on a media call.

China and the US, with their huge domestic aviation markets, have led the travel comeback. The outlook improved further this week with the UK announcing that it will allow American and EU visitors who have been fully vaccinated to enter the country without the need to quarantine.

Airbus also raised its target for free cash flow. It is now expected to reach €2bn in 2021, before mergers & acquisitions and customer financing, up from a previous forecast for break-even.

The Toulouse, France-based firm posted first-half adjusted earnings before interest and tax of €2.7bn, beating analyst estimates, as revenue jumped by almost one-third from a year earlier. It handed over 297 aeroplanes, 101 more than in the first six months of 2020, when lockdowns hit production.

The cargo version of the A350 is expected to enter service in 2025, Faury said, after the board granted approval for the project. The aeroplane will be based mostly on the A350-1000, its largest version, and will have a payload of more than 90-tonnes.

The pandemic has accelerated a shift to online shopping, prompting renewed demand for dedicated cargo aeroplanes. The company gets “closer every day” to lining up launch customers, Faury said.

Boeing, though, is also emerging strongly from the pandemic after it beat earnings and cash-burn estimates and CEO Dave Calhoun halted job cuts well short of the 20% originally planned.

That could make it a tougher opponent for Airbus after the European group enjoyed a clear advantage for the past two years while Boeing contended with a deep slump triggered by the grounding of its best-selling 737 Max model after two deadly crashes. Calhoun said his company hopes to launch a freighter version of the coming 777X “in the relatively near term”.

The traditional rivalry between Airbus and Boeing for orders and market share is back, Faury told Bloomberg Television.

“We see our competitor very willing to win campaigns, to ramp up production again,” he said. “At Airbus we enjoy that competition and we always try to bring the right products and services to our customers.”

Still, both planemakers will be dependent on key equipment manufacturers keeping pace with ramp-up plans, which at Airbus could reach 64 narrow-body jets a month by early 2023 and 75 by 2025.

Engine maker Safran said on Wednesday it expects a “small step up” in deliveries in 2021 and questioned whether demand will support build rates above 60 a month.

With its business stabilising, Boeing has halted job cuts well short of earlier plans to eliminate nearly 20% of its staff, CEO Dave Calhoun
Companies
1 month ago

Pressure from investors spurs Airbus to report on emissions