Company delivers 184,800 cars in the first three months of 2021 on rising demand in China 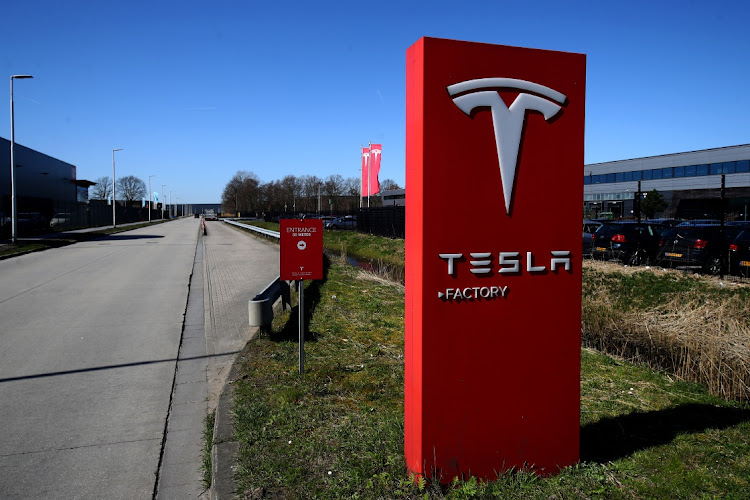 Tesla’s estimate-smashing deliveries of electric vehicles (EVs) in the first quarter suggest boss Elon Musk’s bet on growth in China and Europe is starting to pay off.

The results marked a strong start to a year in which Musk, the company’s CEO, is counting on global operations to help scale up production and sales.

The shares jumped after Palo Alto, California-based Tesla said it delivered 184,800 cars worldwide in the first three months of 2021. The figures trounced the 169,850 average estimate in a Bloomberg survey of analysts and beat the fourth-quarter figure by about 4,000 vehicles.

The quarter was “a massive home run in the eyes of the bulls”, Dan Ives at Wedbush wrote in a research note on Friday. On Sunday, he upgraded Tesla to outperform from neutral, and raised his 12-month price target for the stock to $1,000, from $950. Tesla’s shares could hit $1,300 in a long-term bull case scenario, he said.

“The 1Q delivery numbers released on Friday was a paradigm changer and shows that the pent-up demand globally for Tesla’s Model 3/Model Y is hitting its next stage of growth as part of a global green tidal wave under way,” Ives said in the April 4 note. “We now believe Tesla could exceed 850k deliveries for the year with 900k a stretch goal, despite the chip shortage and various supply chain issues lingering across the auto sector.”

Musk is pushing into China — already the world’s largest automotive market, including for EVs — to gain a foothold amid competition from local electric-vehicle start-ups as well as Volkswagen. Car sales are forecast to rise in the nation this year for the first time since 2017, and in March, Premier Li Keqiang told the National People’s Congress the government will help boost the number of EV charging stations and battery-swapping facilities.

Tesla’s volume stands apart from most other carmakers, who are mainly showing declines in part because of electronic chip constraints, analysts at Jefferies said in a research note. “Shares should respond well to the Q1 delivery data.”

After a remarkable run in 2020 that saw its stock price surge by more than 700%, Tesla’s shares fell roughly 6% this year until April 1.

“While the EV sector and Tesla shares have been under significant pressure so far this year, we believe the tide is turning on the street and the eye-popping delivery numbers coming out of China cannot be ignored,” Ives said.

Tesla recently refreshed the Model S sedan and the X, an SUV. No Model S or X vehicles were made in the quarter, and only 2,000 were delivered in total.

“We are encouraged by the strong reception of the Model Y in China and are quickly progressing to full production capacity,” Tesla said in a statement. The new Model S and Model X have also been “exceptionally well received”, the company said, adding that it is in the early stages of ramping up production.

Cowen & Company raised its Model Y forecasts for this year off the back of the robust numbers.

“Receptivity to the Model Y in China was always a grey area in our minds, since there was never disclosure on deposit/interest levels from Tesla,” analysts led by Jeffrey Osborne wrote in an April 4 report. “Given the upside in 1Q21 coupled with the positive tone in the release, we are raising our Model Y forecasts for 2021 and would expect the street to do so as well.”

Osborne added that production at 180,338 for the quarter is pleasing, “suggesting that the lingering semiconductor shortage plaguing other auto OEMs [original equipment manufacturers] is not affecting Tesla in a big way despite the two shutdowns at Fremont in February”.

Tesla makes the Model S and X only at its factory in Fremont, California, and the smaller Model 3 and Y both there and at its plant in Shanghai. It plans to build two more factories this year, one in Texas and another near Berlin. The company does not break out sales by geography, but the US and China are its largest markets and nearly all the sales were of the Model 3 and Y.

With production at the Fremont factory temporarily shutting in February over parts supply issues, Tesla’s higher-margin Shanghai plant will account for a bigger share of volume in the quarter, which should support profitability, Jefferies said in the note.

CFO Zachary Kirkhorn warned in January that production would be low due to the transition to the revamped products, while the global semiconductor shortage and delays at ports were also expected to weigh on the quarter.

Tesla said its delivery count should be viewed as slightly conservative and final numbers could vary by as much as 0.5% or more.

The quarterly delivery figure is widely seen as a barometer of demand for both Tesla’s vehicles and consumer interest in electric vehicles worldwide as legacy carmakers roll out electric cars of their own.