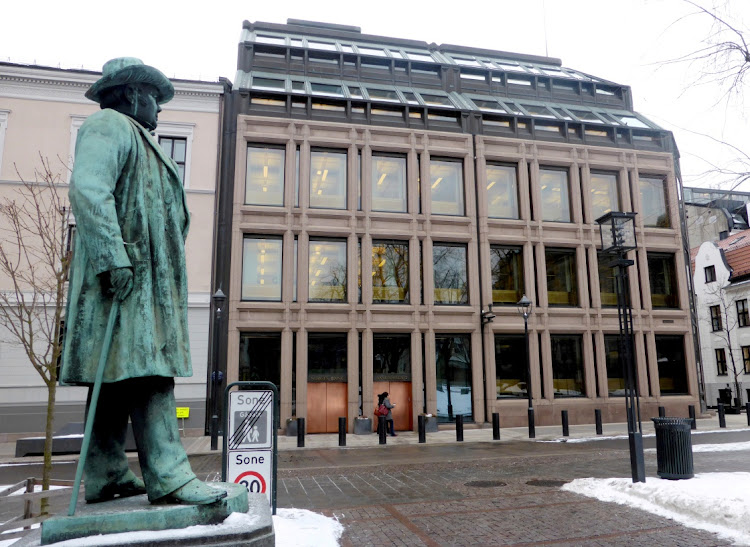 “There is a growing expectation, not only in Norway but internationally, that there will be a high level of ethical awareness,” finance minister Jan Tore Sanner said on Friday. “We must have the highest possible return on our money, but we also want to know that it is invested in a responsible way.”

He spoke shortly after unveiling a new set of guidelines that could force the fund to cut about 2,200, or roughly a quarter, of the companies in its portfolio. Norway’s government also wants the fund to stop adding emerging markets.

It is the latest sign that institutional investors can’t afford to ignore environmental, social and governance goals. The agenda is going mainstream as investors and politicians realise they’re running out of time to prevent a dangerous rise in temperatures that will make large parts of the planet uninhabitable for future generations.

The goal is “to increase the competence related to climate risk, investment opportunities, the consequences associated with the transition to the low-emission society”, Sanner said. “This is because this will be perhaps the most important framework condition for large investors in the next 10-20 years.”

Western Europe’s biggest oil nation is now trying to use its giant wealth fund to steer the planet towards a greener future. Its CEO, Nicolai Tangen, has said he will use his clout to try to force companies to act more responsibly.

Under Sanner’s proposal, which still needs parliamentary approval, about 25-30% of portfolio companies will be cut. Though that sounds like a lot, it only represents about 2% of the fund’s total market value. Sanner says he wants to avoid investments in new emerging markets because they tend to have “weaker institutions, weaker protection of minority shareholders, less openness”.

The changes will make it easier to manage the vast portfolio and reduce complexity and risk, Sanner said.

The fund, which returned 10.9%, or $123bn, on its total investments in 2020, has followed strict ethical guidelines, including bans on certain weapons, tobacco and most exposure to coal, since 2004.

The Norwegian government decided in 2019 to review those standards, which include human rights conduct and climate change. Under the fund’s mandate, the central bank needs to approve all markets in which it is invested, including those in the benchmark index set by the finance ministry.

“Reducing the number of companies will have little effect on the relationship between risk and return, but it could improve the possibility of responsible management, both because there will be fewer companies, but also because there is less information about the smallest companies,” Sanner said.

The wealth fund’s ethics council said in March it would start an investigation into questionable labour practices, covering a broad geographical area stretching from the Gulf states to Southeast Asia. The investigation, to be carried out by Verité, may lead to recommendations for the fund to pull investments from companies.

In February, the fund said it wants the companies in which it invests to start living up to explicit gender diversity goals. Boards on which women make up less than 30% of the total should consider setting targets for gender diversity, according to a position paper published on February 15. The idea is to try to end the “persistent underrepresentation” of women on corporate boards.

“It’s a further development of all strategy for the fund, where it’s fundamental that there’s the highest possible return at an acceptable risk, and that there should be a high ethical awareness and openness about the management,” Sanner said.

The fund will monitor the implementation of Kirin's plan to end the ties, Norway's central bank says
Companies
2 months ago
Next Article