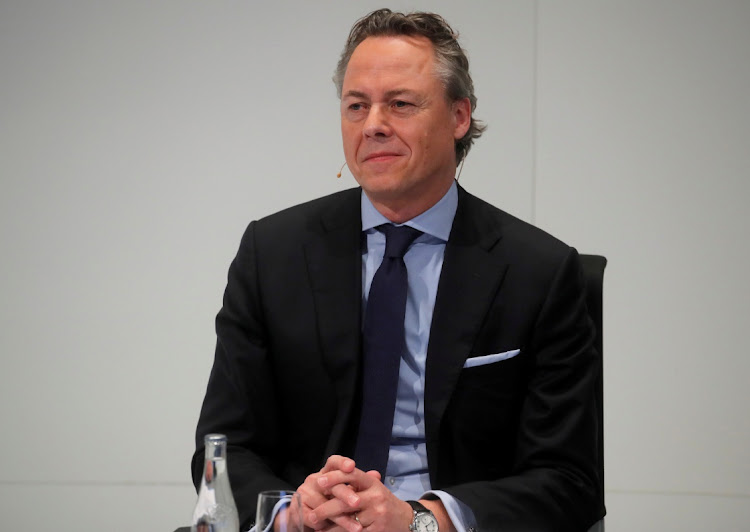 As Ralph Hamers starts to make his mark as UBS’s new CEO, his past at the helm of Dutch bank ING Groep keeps coming back to haunt him.

A Dutch court ordered the public prosecutor to open a probe into Hamers’s role in ING’s past failures to comply with anti-money-laundering rules, according to statements from the two banks on Wednesday. UBS said it has full confidence in the executive’s ability to lead the company.

The ruling means that even as Hamers starts effecting change at Switzerland’s biggest bank, he faces at best a distraction and at worst a damaging legal battle. The executive, who took over from Sergio Ermotti in November, made his first top management change last week, giving Sabine Keller-Busse a new role and extending wealth management co-chief Iqbal Khan’s responsibilities.

ING avoided prosecution in 2018 by agreeing to a €775m settlement and admitting it had failed to comply with anti money-laundering rules. However, Dutch financial activist Pieter Lakeman appealed against the decision and sought charges against Hamers personally, leading the judges to order the probe.

The Court of Appeal, based in The Hague, rejected a separate attempt to prosecute ING as a company over the compliance issues.

Hamers was responsible for a huge increase in clients at ING, many through digital services such as the popular ING Direct accounts. However, his legacy was tainted by practices that led to the settlement and the resulting increases in compliance costs, and he faced criticism from politicians over the bank’s efforts to increase his compensation.

Swiss regulator Finma said on Wednesday that it had investigated the case “in the course of the nomination procedure” for Hamers. “Based on the information available and the assessment of other relevant supervisory authorities, Finma confirmed the ‘fit and proper’ status of the proposed CEO,” it said.

Current ING CEO Steven van Rijswijk addressed the Dutch parliament over the compliance issues in 2018 when he was chief risk officer, telling legislators he “felt terrible” about what happened. Hamers also appeared later that year as part of a wider hearing about the status of the financial sector 10 years after the global financial crisis.

In addition to the Dutch compliance case, the Italian regulator in 2019, banned ING from accepting new clients in the country over financial crime concerns. The restriction was lifted in September.

The issues at ING raised questions when Hamers was named as Ermotti’s successor in February. At the time, Weber expressed confidence in the executive and how he was vetted by both the bank and the regulator.

“UBS conducted an extensive review of Ralph’s background as part of its evaluation of CEO candidates, including an evaluation of this matter by independent third parties,” chair Axel Weber said Wednesday in a memo to employees seen by Bloomberg and confirmed by the bank. “We were fully satisfied with the results of these independent evaluations and the assessment of the Dutch prosecutor at the time.”

While ING took responsibility for its shortcomings and improved its compliance efforts, “no settlement has been reached with the executive himself, nor has he taken public responsibility for his actions”, the court said, explaining its decision to order the investigation into Hamers. “Citizens must be able to see that such actions are not accepted by the government,” it said.

Political pressure led to the resignation of ING CFO Koos Timmermans shortly after the settlement with prosecutors, but Hamers kept his role until he decided to move to UBS.

“We welcome the ruling regarding ING, but regret the decision to order the prosecution of our former CEO, which goes against the assessment of the public prosecutors that, based on the investigation, there are no grounds for a case against ING employees or former employees,” ING said.

The public prosecutor said in 2018 that it didn’t find enough evidence for criminal accusations against individuals at ING, including the top management.

The decision comes as UBS faces its own legal concerns. The bank is waiting for its appeal of a record €4.5bn penalty to be heard in France. The bank is accused of helping wealthy French clients stash undeclared funds in offshore accounts.

Credit Suisse cranks up signal over merger with UBS