Headline earnings for the year to end-February rose between 17% and 20%, versus 18% a year before 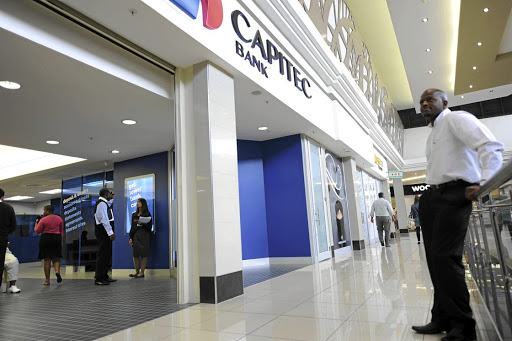 Shares in Capitec, which reached a record high last week, were trading 4.1% down on Monday afternoon after the banking group said earnings in the year to end-February would increase by no more than 20%.

It was possible that “some corners of the market” had expected earnings growth to accelerate, which probably explained the share’s decline, said Jan Meintjes, a portfolio manager at Denker Capital.

Capitec reported an 18% increase in HEPS for the year to end-February 2018.

However, Meintjes said he did not share that view.

“It’s an exceptional result for any SA company to grow in the high-teens in this environment,” he said.

But Meintjes said TymeBank was disrupting the market with lower fees, which was a risk to Capitec, given that its transactional banking clients are price sensitive.

Capitec said in February that it was cutting its fees. This could temper its profit growth and could explain some of the share price movement as analysts and fund managers adjusted their models, Meintjes said.

The bank’s shares reached a high of R1,306.21 on Thursday last week, defying a scathing report from short-seller Viceroy Research which was published in early 2018.

Shares in Capitec plunged at the time to a low of R705, after Viceroy claimed that the bank’s loan book was “massively overstated” and it would need to increase write-downs for loans that could not be repaid.

But the company has now shaken off those accusations, analysts say.

The bank’s continued customer growth, and its deal to acquire Mercantile Bank, are seen as factors behind Capitec’s outperformance of the JSE’s banking index.

Capitec said in November it had bought Mercantile for R3.5bn, a move seen as boosting its prospects for business banking with small and medium-sized enterprises.

The battle of the banking brands

SA banks are by far the continent’s most valuable banking brands, according to the latest Brand Finance rankings
News & Insights
2 years ago

Is Capitec starting a price war?