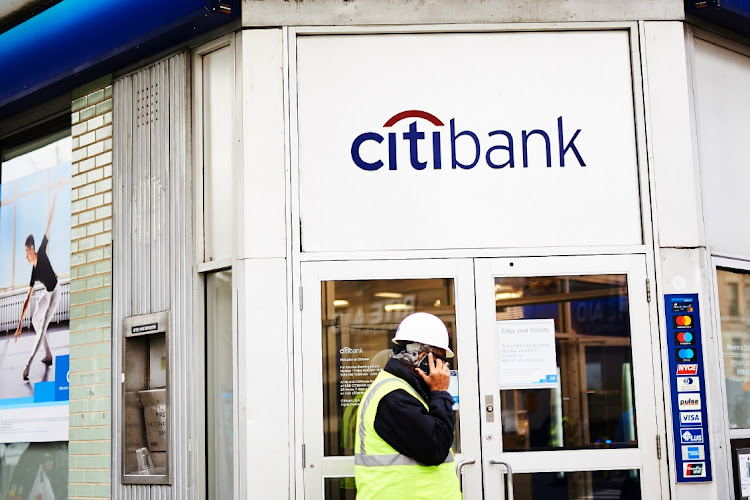 New York — Citigroup says its fourth-quarter profit surged from a year ago, when it took a large write-down related to changes in the US tax code.

The bank overcame a difficult quarter for the trading business, which posted a 14% decline in revenue to $2.6bn, due to a volatile December marked by many clients stepping away from the market.

Overall revenue at the bank was $17.1bn, down 2% from a year ago. Citigroup shares were down 0.5% in pre-market trading. Still, profit grew thanks to a lower overall tax rate and a 4% drop in expenses from a year earlier, to $9.9bn.

The charges in 2018 related to a decline in the value of deferred tax assets the bank accumulated during the financial crisis, after the 2017 law slashed the corporate tax rate.

Citigroup has been among the hardest-hit stocks in the banking sector of late, as investors worried about the impact of slowing global growth on the New York bank’s vast international business.

Global consumer banking revenue at $8.4bn was flat year on year, led by 1% growth in North America. Revenue was flat in Mexican consumer banking, and down 4% across Asia. Revenue in the bank’s credit-card business, where investors have been hoping to see a pivot to growth, was up 1% from a year ago, to $5.1bn.

One strong area was the bank’s treasury and trade services unit, which serves multinational corporations around the world. That was up 7% to $2.4bn.

Banks suffered from fallout of the global financial crisis.
Companies
2 years ago

Wells Fargo investigation finds ‘no gender bias’, but executive who is focus of probe is retiring

Jon Weiss, the wealth management division’s top executive, told some managers on a call last week that ‘there is unequivocally no gender bias’ in the ...
Companies
2 years ago
Next Article