Rosneft, Russia’s biggest oil producer, is turning to trading houses amid sanctions and as projects in fragile regions such as the Arctic become more controversial 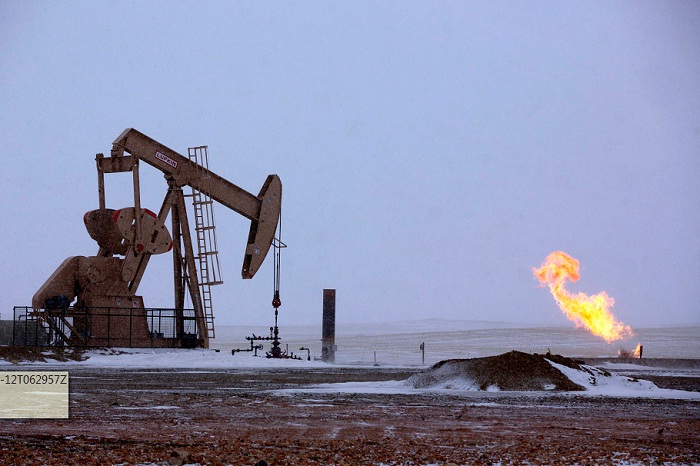 Russian oil giant Rosneft agreed to sell a stake in its Vostok Oil megaproject to a consortium including top oil trader Vitol Group, raising more money from trading houses after a Trafigura Group deal in 2020.

Vitol and Mercantile & Maritime will pick up 5% stake in the project, Rosneft said in a statement on Thursday, without disclosing the size of the deal. Trafigura paid €7bn for its 10% stake, Rosneft said in February.

Russia’s biggest oil producer is turning to trading houses even as many Western energy majors and investors have been reluctant to back big new oil projects, especially in environmentally fragile areas such as  the Arctic where Vostok Oil is located.

The traders, flush with cash from record earnings as the pandemic caused dramatic price swings, are looking to lock in long-term supplies.

The project is “interesting to the companies focused on feedstock supply, trading and logistics” that support wide distribution channels, Rosneft CEO  Igor Sechin said in the statement.

Rosneft, partly shut out of the global financial system because of US sanctions on Russia, needs the traders’ cash. The Trafigura deal valued the Vostok Oil project at $85bn — more than the market capitalisation of Rosneft itself.

The trading houses are making large financial commitments in the project that could pump 1-million barrels a day of oil by 2027. Trafigura raised a €5.78bn loan organised by a Russian bank to fund the acquisition, according to regulatory filings.

It’s unclear how Vitol, who in 2020 reported its strongest ever net income of about $3bn, plans to finance the purchase. The acquisition is expected to close after the parties receive the required regulatory and corporate approvals, according to the statement.

Vitol’s partner in the deal, Mercantile & Maritime, is led by a publicity-shy oil industry veteran named Murtaza Lakhani. Bloomberg News has reported that Lakhani and his companies have served as a conduit for large payments to governments, including in Kurdistan, from oil traders and companies such as Rosneft.

A Vitol spokesperson in London wouldn’t comment on the proposed Vostok Oil transaction. An e-mail and phone calls to Mercantile and Maritime weren’t immediately answered. A spokesperson for Lakhani previously told Bloomberg News that his oil and financing deals have always followed applicable laws and regulations.

For the traders, Vostok Oil offers access to Asian markets through the Arctic Northern Sea Route, a much shorter passage to Asian markets compared with the Suez Canal, Citigroup said in a report.

The project envisions output of about 25-million tonnes of oil annually, or about 500,000 barrels a day, in 2024, and twice as much in 2027. At its peak, the remote development is set to produce as much as 100-million tonnes per year. That compares with Russia’s total crude oil and condensate production of 513-million tonnes for 2020.

Production in environmentally fragile regions such as the Arctic are becoming more controversial as controlling climate change becomes more urgent. But Rosneft is pressing on with the Vostok project.

Presenting Russian President Vladimir Putin with a flask of the crude produced at one of the Vostok Oil wells in 2020, Sechin said it’s “even better than in the Middle East”.

Earlier in June, he warned of a “severe” oil deficit as global producers increasingly channel funds into a “hasty” energy shift amid mounting pressure to switch to cleaner energy.

Vostok Oil consists of several fields on the Taymyr Peninsula in the Krasnoyarsk region, with a confirmed resource base of over 6-billion tonnes of premium low-sulfur crude, according to Rosneft. The project has a low cost per barrel of production, “with a carbon footprint 75% below that of other major new oil projects in the world”, it claimed in Thursday’s statement.

It’s also of strategic importance for Russia and will help the country maintain its global market share, Citigroup said. The project could account for over 20% of Russia’s total output by early next decade, the bank said.

A change in government in the upcoming elections could lead to higher wealth taxes, trigger a capital flight and threaten job creation, Norway's ...
World
1 year ago
Next Article