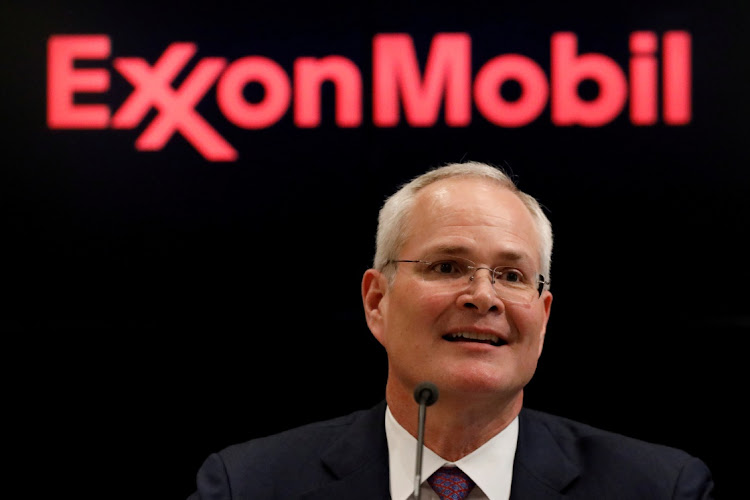 ExxonMobil CEO Darren Woods on Wednesday  suffered one of the biggest setbacks of his career at the hands of a tiny activist investment firm established less than six months ago.

At least two of the activist’s nominees won seats on ExxonMobil’s board, despite the CEO’s vocal opposition and an all-hands-on-deck battle by the oil giant to defeat the activists.

A third seat may yet fall to activist Engine No 1 when the final results from ExxonMobil’s annual meeting are tallied. That would put Woods in the tricky position of leading a board that’s 25% under the control of outsiders. Last-minute efforts by Woods and his team to appease climate-conscious investors and rebuff Engine No 1’s assault were to no avail.

“Darren Woods has come from a long line of CEOs that have been very straightforward: it’s our ball, it’s our bat and we’re going to do what we want,” said Mark Stoeckle, CEO of Adams Express, which oversees $2.8bn in assets. “When you’re the biggest and the baddest you can get away with that. But you have to change with the times. The messaging has been terrible.”

The result is one the biggest activist upsets in recent years and an embarrassment for ExxonMobil. It’s also unprecedented in the rarefied world of Big Oil, and a sign that institutional investors are willing to force corporate America to tackle climate change. That Engine No 1, with just a 0.02% stake and no history of activism in oil and gas, could notch up even a partial victory against the Western world’s biggest crude producer shows that environmental concerns are resonating all the way to the top of the largest US companies.

For Woods, the defeat is just the latest black mark since his elevation to CEO in 2017. ExxonMobil underperformed peers for the first five years of his reign and in 2020 the shares cratered by 41% for the worst performance in 40 years.

Under his leadership, the company also posted its first loss in decades and saw oil production slump to the lowest since the Mobil Corporation merger in 1999. Meanwhile, ExxonMobil’s debt load ballooned as it borrowed to pay for dividends and drilling amid shrinking cash flow.

Wednesday’s vote was also striking because of the force with which ExxonMobil battled the activist, which also criticised the company’s financial performance. ExxonMobil refused to meet the nominees and Woods told shareholders earlier in May that voting for them would “derail our progress and jeopardise your dividend”.

The company even went as far as to pledge, just 48 hours before the meeting, that it will add two new directors, including one with “climate experience”.

In other corners of the commodities sector, shareholders this year have already shown frustration with executives’ reluctance to embrace tough environmental goals. On the same day that ExxonMobil investors met, management at Chevron were rebuked by their shareholders who voted for a proposal to reduce emissions from the company’s customers. DuPont de Nemours recently suffered an 81% vote against management on plastic-pollution disclosures, while ConocoPhillips lost a contest on adopting more stringent emission targets.

Also on Wednesday, Royal Dutch Shell was ordered by a Dutch court to slash its emissions harder and faster than planned, a ruling that may have consequences for the rest of the fossil fuel industry.

The ExxonMobil meeting proved to be a nail-biting conclusion to a months-long proxy fight. ExxonMobil halted proceedings at one point to allow more time for vote counting. San Francisco-based Engine No 1 accused the company of making a “last-ditch attempt to stave off much-needed board change”.

The successful Engine No 1 nominees were Gregory Goff, former CEO of refiner Andeavor, and environmental scientist Kaisa Hietala. Earlier in May, ExxonMobil  described all four dissident nominees as “unqualified”. Eight ExxonMobil nominees were elected and two board seats remain undecided; one or both of them could potentially go to the activist.

The result shows a clear dissatisfaction with Woods’s strategy, despite the stock’s rally in 2021, up more than 40% due to surging oil prices. The stock rose more than 1% after the vote was disclosed.

Woods, who retained his board seat, should be able to continue improving ExxonMobil’s financial performance as cash flows recover, securing the S&P 500’s third-largest dividend and leaving behind 2020s record loss. But the bigger question concerns ExxonMobil’s energy-transition strategy, considered by many shareholders to be well behind those of its European peers.

ExxonMobil’s environmental record and unwillingness to embrace the pivot away from fossil fuels quickly enough was a key criticism in the proxy campaign. Engine No 1 was scathing in its assessment of ExxonMobil’s long-term financial performance, calling it “a decade of value destruction”.

Elon Musk makes cars that don’t use fossil fuel, which Darren Woods produces, but both see a bright future
Companies
1 year ago
Next Article