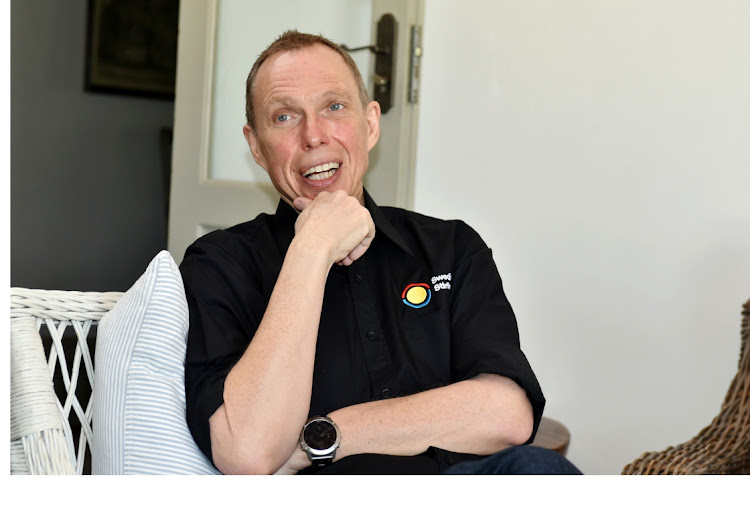 The company’s offering, known as the PWR BLOK 400-F, is a containerised solution, each consisting of 14 Stirling engines that are able to use the heat from gases emitted by a smelter and convert it back into electricity.

The solution comes as ferrochrome smelters are buckling under the weight of rising input costs and electricity costs in particular. Swedish Stirling has letters of intent for sales and installations of 241 PWR BLOKS to Samancor, Glencore and Richards Bay Alloys.

For now, the company is exclusively focused on the SA market.  That is partly by luck and partly by design, says Swedish Stirling CEO and founder Gunnar Larsson, who founded the company in 2008.

Previously the CEO of the Kockums Naval Shipyard in Sweden, Larsson became familiar with powerful and efficient Stirling engine technology — used to power submerged submarines — upon which the PWR BLOK is based.

At first Larsson saw potential for the technology in renewable energy applications. When presenting at an exhibition in SA in 2015, Larsson was approached by a person in the ferrochrome industry who inquired about the technology’s application in recovering energy from the smelting process from which a tremendous amount of waste gas is emitted and flared.

“It has been extremely difficult to utilise those gases with other technologies,” said Larsson. “Essentially the mixture of carbon monoxide and hydrogen is changing all the time. And that is impossible for an internal combustion engine to manage. But for a Stirling engine, it doesn’t really matter.”

Two years later the PWR BLOK was introduced to SA as a solution for the ferrochrome industry when Swedish Stirling secured its first agreement with Afarak Mogale.

Each PWR BLOK has a net output of 400Kw of power. The modular nature of the offering means it is easy to build out capacity.

Swedish Stirling sees a number of favourable factors in SA for the technology. In Sweden, most of the smelting industry has been located close to towns where waste gases are used for district heating. In SA there is no similarly innovative use of waste gases. There is the added problem of rising electricity tariffs, all of which drives the attractiveness of the PWR BLOK, which can save a smelter as much as 15% on its Eskom electricity bill, says Larsson. Load-shedding, environmental concerns and carbon taxes also make the system attractive. The return on investment, meanwhile, is a little more than five years. “So the financial driving forces are really high,” said Larsson.

There is, however, the bigger question of the dire state of the SA smelting industry. For example, Swedish Stirling has removed its equipment from the Afarak Mogale plant, which closed when the company went into business rescue in 2020.

Annual increases to the Eskom tariff certainly pose a challenge to the industry. “To some extent we are concerned, but we want to be part of the solution to that problem,” said Larsson. “And being more energy efficient is going to help them . We want them [to sustain their operations] to be able to make the investment. I think that is really a challenge for those companies. But you know, the world is going to need ferrochrome,” he said.

The regulatory hurdles holding back alternative power solutions in SA are a restraint for the PWR BLOK too, which is considered as embedded power generation subject to a licensing requirement for more than 1MW generation capacity.

Larsson welcomed news that this cap would soon be lifted, potentially to 50MW. “If we can avoid the licence, it’s much easier to get the contracts and get the projects to fly,” he said.

The longer term strategy is to go beyond ferrochrome and the SA market. “The obvious next step for us is going to be ferroalloys, [but] essentially the technology has the potential to capture more or less any energy for all applications where you flare gases,” says Larsson. “It’s a massive market. If you look only at the ferroalloy market globally, that’s going to keep us busy for the next five to 10 years.”

Glencore and its junior ferrochrome partner say the high cost of electricity, Covid-19 and now Transnet are making its business difficult
Companies
6 months ago

Zinc, gold and silver production rose in the group’s 2020 year, while copper, coal and ferrochrome production fell
Companies
7 months ago

Eskom has had to ask existing ferrochrome producers to extinguish their furnaces during the most serious supply crises, to leave a bit of electricity ...
Opinion
9 months ago
Next Article